McLaren have had a strong start to the 2021 F1 season, but team principal Andreas Seidl is hoping for a more smooth outing this weekend in the Spanish Grand Prix after a tricky outing in Portugal. 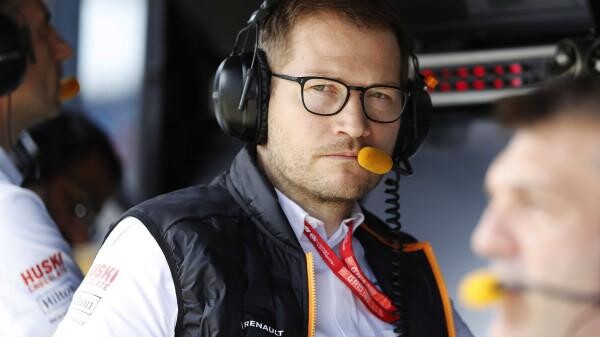 Andreas Seidl has reason to be a happy team principal after the first three races of the 2021 Formula 1 season.

The Woking-based outfit have made a strong claim to being the fastest car in the midfield so far, with Lando Norris finishing fifth behind the Mercedes and Red Bull cars in Portugal following his stellar podium at Imola.

However, in the team's other car new signing Daniel Ricciardo has struggled finishing ninth last week after qualifying down in 16th, and Seidl said in a statement ahead of this weekend's race he was hoping for a smoother weekend in Barcelona.

“After a great recovery from a tricky Saturday in Portimão, we head into the Spanish Grand Prix aiming to have a slightly smoother weekend. Any double-header comes with logistical challenges, and the team at both the factory and the track have done an excellent job making sure we’re well prepared to go racing again so soon after Portugal," he said.

“As always, qualifying is an important part of the weekend, but particularly so at the Circuit de Barcelona-Catalunya, where overtaking can be difficult. We’ve made a strong start to the season but we know we mustn’t get complacent, especially when we see how close the competition is.

Seidl added that Ricciardo was starting to show what he can do with the car as the Australian driver's confidence is growing with every race.

"Lando has had a great start to the season and remains in good form, while Daniel is really starting to show his confidence in the car, with last Sunday’s battle back into the points proving the progress he’s making," he said.

"We’re looking forward to seeing what he can do when he’s totally comfortable."