The Ferrari driver would like to see alterations to the Saturday part of Formula 1's sprint format which made its debut at the British Grand Prix. 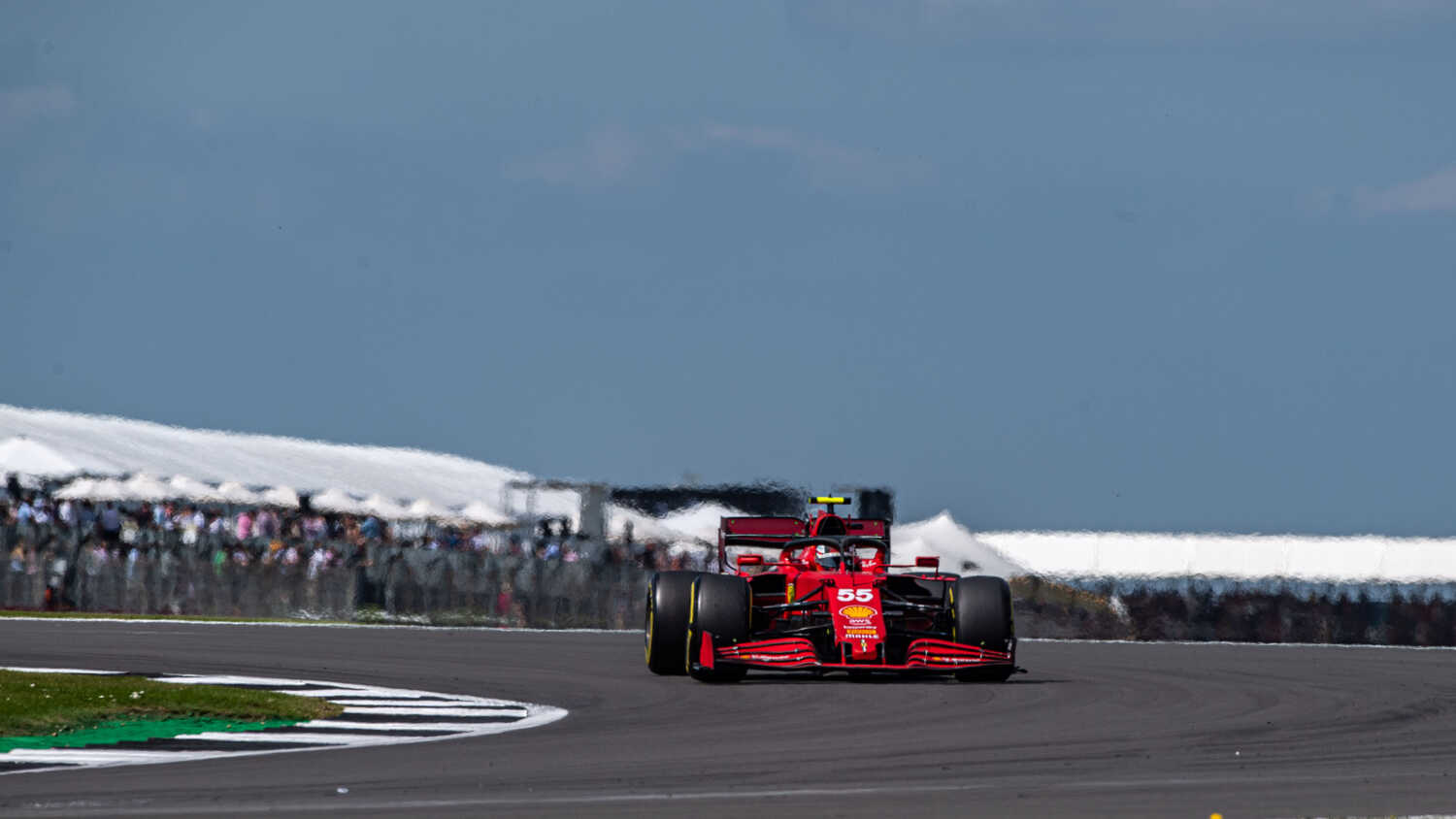 Carlos Sainz believes F1 should make changes to the second practice session at sprint events which was seen as meaningless among many drivers due to parc ferme rules which limited changes the teams could make to their cars from the end of FP1 onwards.

Sainz also thinks the pole position award should be given to the driver that is fastest in qualifying rather than the winner of the 100km sprint race.

"I'm not too discomfort [uncomfortable] with sprint qualifying," Sainz told RacingNews365.com and other select members of the press. "I think the pole position guy should be given to the fastest guy in qualifying rather than the guy who does a good start or wins a race.

"About the Saturday morning, maybe we could review the fuel loads to make it a bit more exciting for fans to watch, the compound we are using.

"Basically, we have nothing to hide already because there's parc ferme and it would be nice for the fans to see what we are trying to do on Saturday morning with our race pace."

Monza is the destination for the next sprint round before the US or Brazilian GP host the third event. Ferrari team principal Mattia Binotto wants to wait until the final two sprint events of 2021 are complete before giving a clear judgement on the new format.

“I think after the first one it is a bit too early to decide," said Binotto. “We need a bit longer to digest it. I think there are things that could certainly be improved like what could be done for Saturday morning, make it a bit more relevant.

“Overall I also think the numbers from the TV audience will be important. I don’t think you can have a final judgement right now, you need to wait for the two more opportunities to have a better picture.

“I think that the race, the mini race or the sprint qualifying was a bit strange for me but as I said, we need to digest.”