Sainz: Russian GP was 'my best weekend' at Ferrari

The Ferrari driver reckons the Russian Grand Prix was his best weekend since he joined the team at the start of this year. 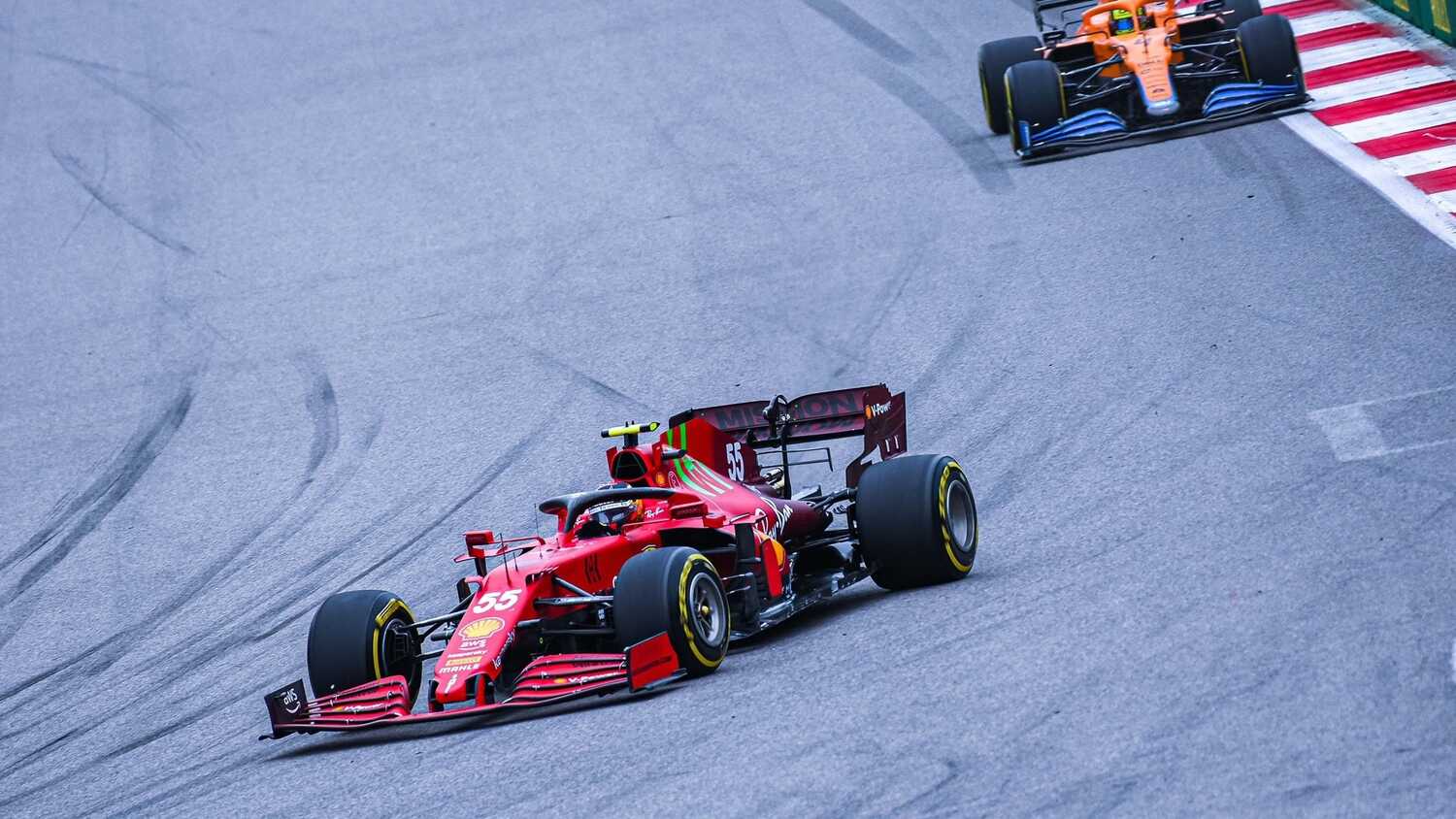 Carlos Sainz believes the Russian Grand Prix weekend was his best showing of the season so far, as he finished on the podium for a third time in 2021.

Sainz qualified on the front row of the grid for the first time in his Formula 1 career at the Sochi Autodrom and led the opening part of the race, after a bold overtake on Lando Norris at Turn 2 at the start.

"It is my best weekend with Ferrari, definitely," Sainz told RacingNews365.com and other select members of the press.

"I think I managed to put up a very strong weekend [together] from practice, especially into Q3. Then a good start and good pace management in very tricky conditions.

"Overall, I think it's been my strongest weekend in Ferrari."

Sainz, who was told during the race that he was only fighting for fifth place, has moved ahead of teammate Charles Leclerc in the Drivers' Championship because of his podium in Sochi.

The Spaniard still wasn't 100 percent happy with his performance, though, because he didn't win despite leading the race.

"I don't know if it was perfect, it's a very strong word sometimes," said Sainz. "There's always things, when you look back, that you can improve, so perfect is not the right word.

"But my most complete weekend, let's put it like that. Obviously, to finish P3 after leading a race, it doesn't taste as good.

"What we need is to keep working as a team to make sure that the next time I am in the position of leading a race, we make it stick and we win the race, and we don't suffer as much as we suffered with graining.

"We were also vulnerable on the straights and all that. [So we need to] make sure we keep improving as a team to make it stick next time."