Sainz at ease after understanding what caused Q2 crash

While teammate Charles Leclerc will start the Hungarian GP in seventh, a mistake in Q2 means Carlos Sainz will start well down the grid. The Spaniard was surprised after sending his Ferrari into the barrier. 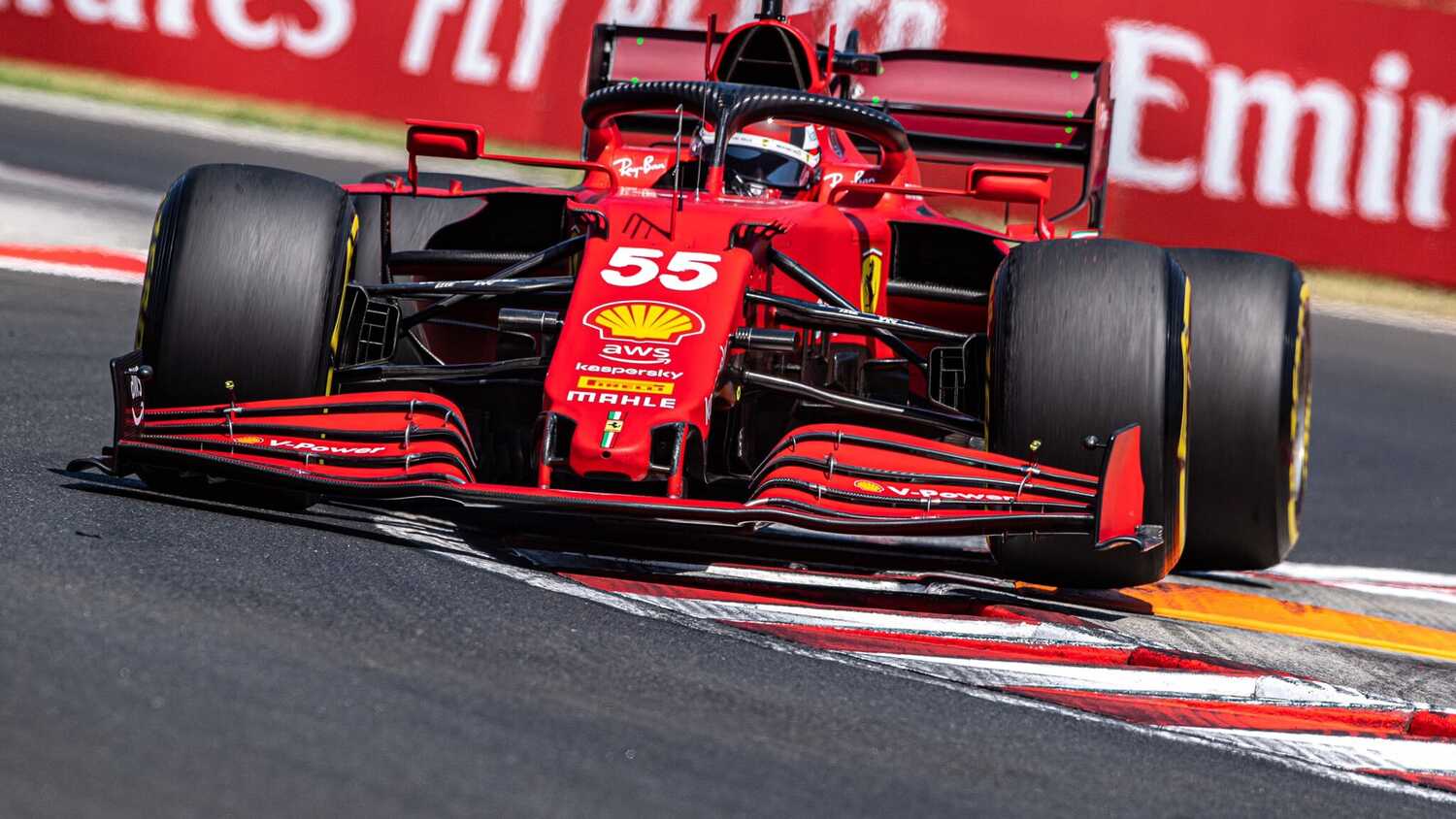 Carlos Sainz couldn't hide his frustration after he sent his Ferrari crashing into the wall during Q2, however the Spaniard is more calm about the situation after finding out what caused the incident.

The Ferrari driver failed to complete a lap in Q2 after sending his car into the barrier at the final corner. As a result Sainz will start 15th barring any gearbox changes, and while he was surprised by the error, he was relieved to know that the wind played a part in his venture off track.

"Very frustrating and to be honest, very surprising," Sainz told RacingNews365.com and other members of the media. "It’s not a mistake that I’ve done in a long time and obviously I was very surprised with it.

"I went straight away to our garage to see what had happened on the data and what I could have done differently. After having a look at it, to be honest, I’m more calm about it because I saw that I actually entered the corner 5kph slower than in the previous run, but there’s a 35-40kph gust of tail wind compared to a 10kph tail wind on Q1, and this probably just sent me on a massive oversteer.

Sainz was quick to point out that he wasn't using the wind as an excuse for the accident while also apologising to his Ferrari team for derailing what looked to be a promising qualifying session.

“It’s unfortunate, but at the same time I don’t want to use it as an excuse," Sainz added. "I think I owe an apology to the team, but at the same time, it’s not something that I’m going to dwell too much on because I’ve seen the data and it has left me a bit more calm about it.”