Russell: Williams' most difficult race since 2019

Williams' George Russell believes Portugal was the team's most trying race since their calamitous 2019 season, due to the FW43B's sensitivity to wind. 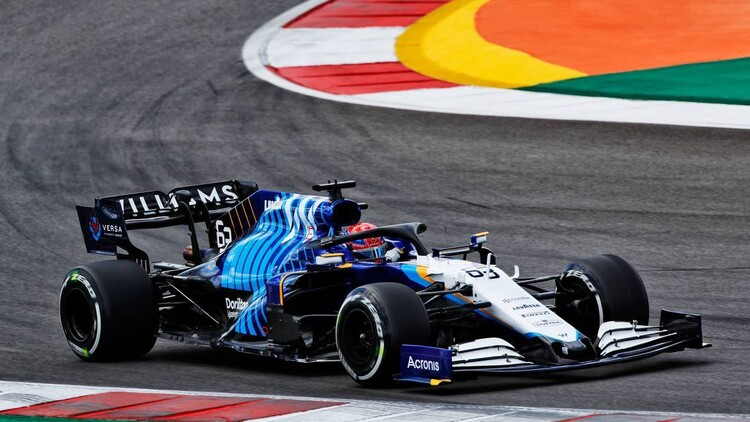 Williams endured a nightmare race in Portugal, with George Russell saying it was comparable to one from the team's dreadful 2019 season.

Having started from 11th place after a good qualifying for Russell on Saturday, the tricky gusty wind and low-grip surface appeared to particularly hurt Williams as they fell backwards in the race.

Russell would go on to finish in 16th place, and Nicholas Latifi in 18th, with the pair split by the Haas of Mick Schumacher. For a team that seem to be on an upward slope, it was a particularly disappointing result.

"Yeah, it definitely [was an] incredible struggle for us," Russell told select members of the media, including RacingNews365.

"Probably the most difficult race we've had since 2019. I've said it since the beginning, we know the strengths and we know the weaknesseses of our car. [It's] incredibly sensitive aerodynamically.

We've had three races now, two of which have been very gusty and very exposed circuits. So fingers crossed, we're not talking about this all season."

Asked by RacingNews365 as to what circumstances and conditions would suit Williams better than what was seen in Portugal, Russell explained that there are going to be venues where things are much better for the team

"The circuit characteristics we want are more medium high speed, less slow speed hairpins, more 90 degree corners. Budapest has been a strong one for us always.

"But equally, our cars looking very strong in a straight line. So Monza can be a good one as well. We've only done three races so far. The test was at one of those races, as well. But there definitely will be races where we will be strong, as we've shown in Imola throughout the whole weekend, and as we showed pretty much most of this weekend until today.

"So, it's clear that as a team we've made steps forward. Today, it was just a standout as poor."