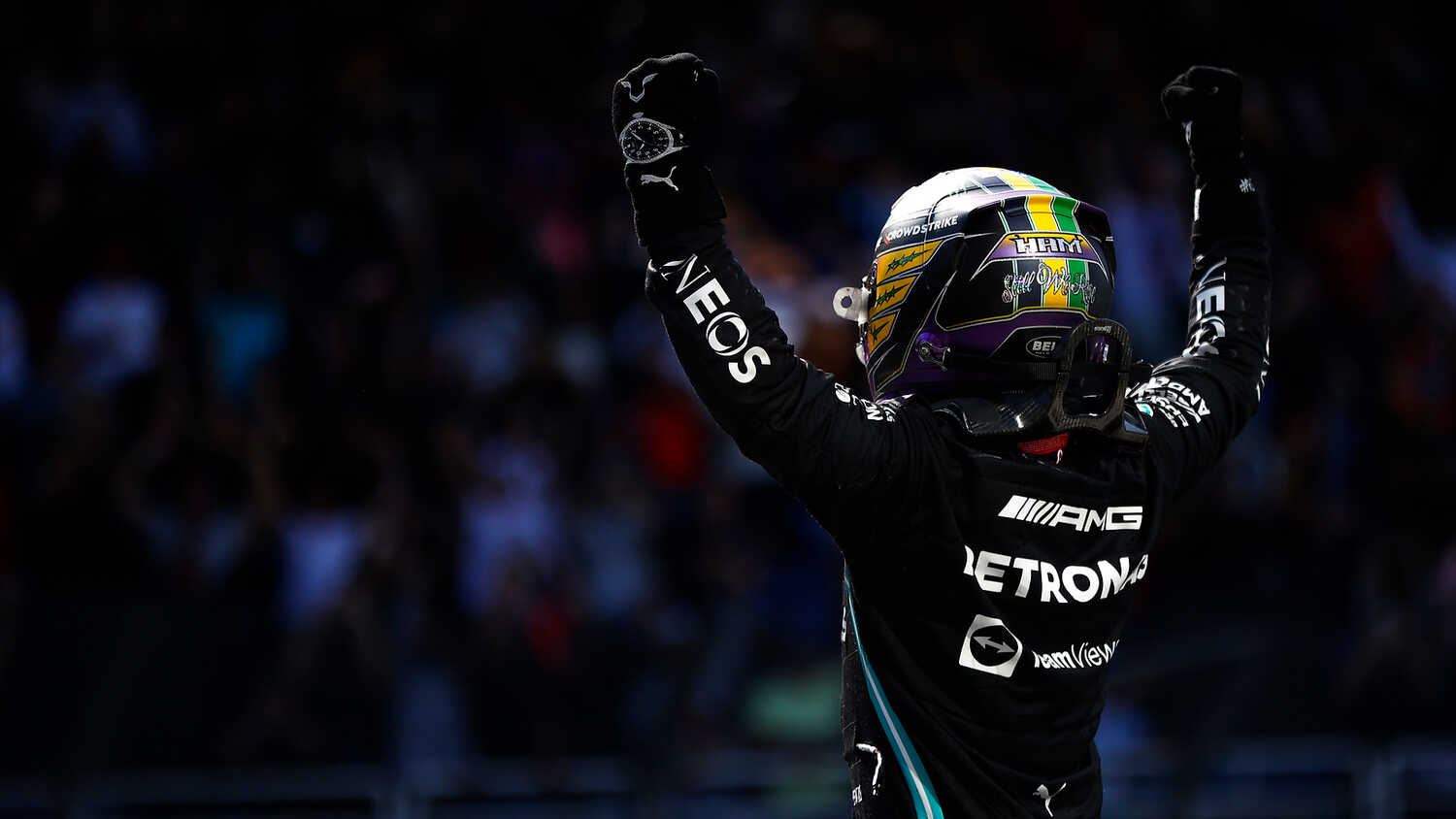 George Russell has described future teammate Lewis Hamilton as an "absolute beast" following his recovery through the field in the Brazilian Grand Prix.

Having been hit with a penalty for an engine change, Hamilton stormed to victory in Sunday's race at Interlagos from 10th on the grid, passing title rival Max Verstappen in the closing stages via another thrilling wheel-to-wheel battle.

Russell, who previously called Hamilton "the greatest of all time", took to social media in the aftermath of the Grand Prix to praise Hamilton's efforts, ahead of the pair linking up as teammates at Mercedes from the 2022 season.

"I'll be watching that one back later!" Russell wrote on Twitter. "Congrats [Lewis Hamilton], you're an absolute beast!"

Russell's weekend was a challenge

Russell himself had a difficult weekend in Brazil, getting outpaced by teammate Nicholas Latifi in conventional qualifying for the first time this season.

After starting 17th, Russell managed to pass Latifi en route to a 13th-place finish, but points were ultimately out of reach as Williams lacked pace to their midfield rivals throughout the event.

"It was a really, really tricky race until the last stint," Russell told media, including RacingNews365.com.

"We seem to really struggle when the tyres are degrading and you're getting this pickup, and it seems to affect the aerodynamics of the car quite a lot. When we put the new tyres on the car, it feels like it completely transformed car.

"Overall, I can't be too displeased with moving up four positions, given how off the pace we've been this weekend."

An early second pit-stop was not enough to clear Alfa Romeo driver Kimi Räikkönen, and Russell is wary of Williams' slender 12-point advantage over the Italian team in the battle for eighth in the Constructors' standings.

"We had to do it to give us a shot at getting into the points, but we were quite a long way off the pace, and when we see what Kimi did in that last stint, that Alfa Romeo is looking really, really strong," added Russell.

"We need to give everything every last few races, because they could have easily picked up a number of points in these last few."