George Russell has regularly got into Q2 – and even reached Q3 at Silverstone – during the 2021 F1 season, but maintaining position in races has proved more challenging. The Williams driver has explained why this is. 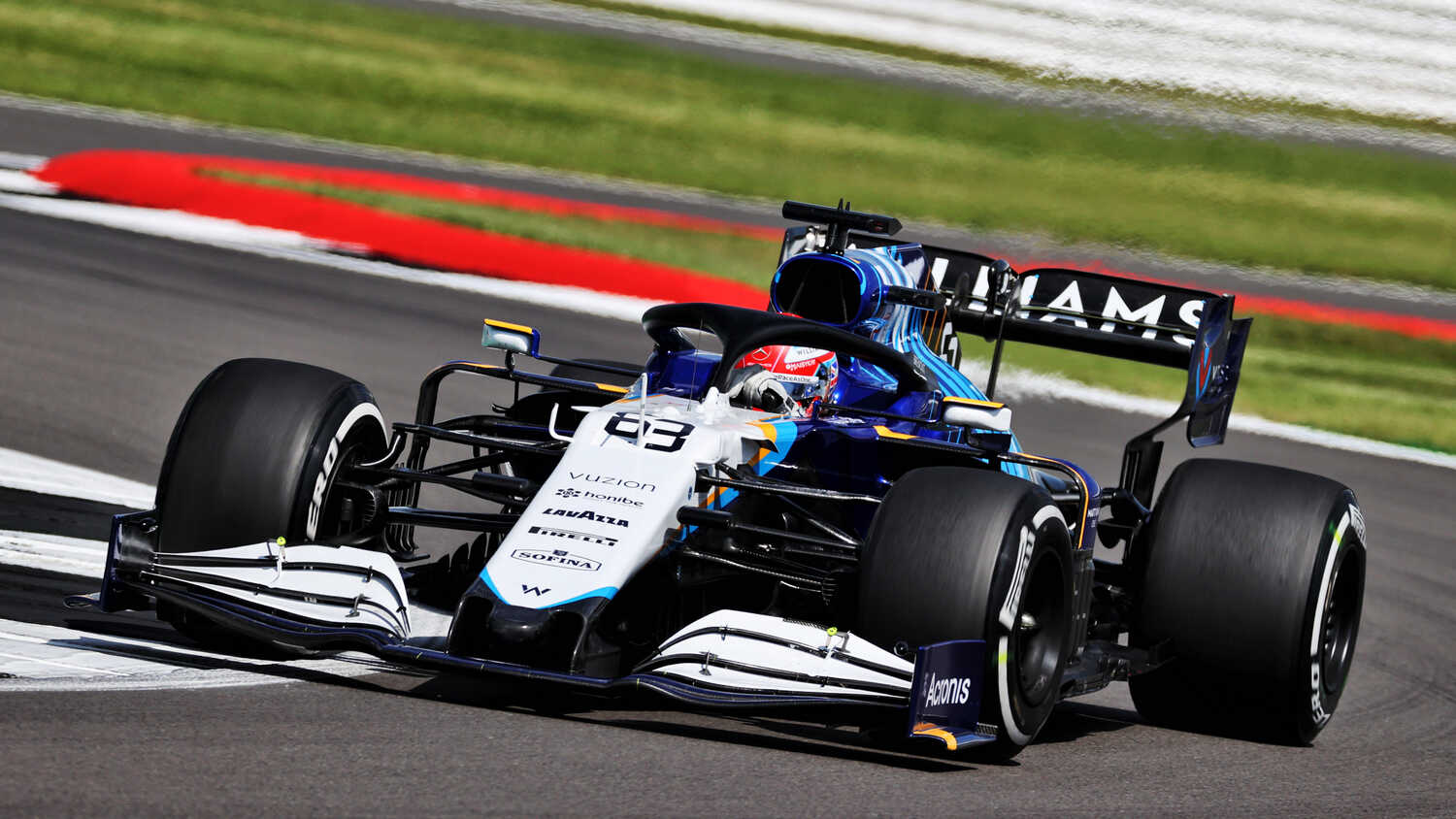 George Russell has explained why Williams generally perform much better in qualifying than in races.

The British driver has earned a reputation as a 'Saturday man' given his strong qualifying performances during the 2021 F1 season, having on several occasions reached Q2 as well as making an appearance in Q3 at the British Grand Prix. However, Russell and teammate Nicholas Latifi have both found themselves slipping back when it comes to Sundays.

Russell admits that, just as the midfield drivers tend to fall back after qualifying towards the very front of the field, the same scenario happens for Williams; they might qualify in the midfield but generally struggle to maintain this and consequently go backwards.

"There is a big difference between qualifying and the race," Russell told Auto Motor Und Sport. "The cars react very differently.

"In qualifying, the tyres are brand new and at the lower end of the temperature scale. You can be aggressive. The temperature rises on the flying lap but never gets threateningly high.

"In the race it's different. The tank is full, you follow other cars, you slide around. The temperatures are at the limit. That's why the top cars always pull away. It's nice to drive in clean air. Everything becomes easier.

"Just look at the midfield drivers. If they had a great qualifying and start in the top four, they always fall behind in the race. At the end they are 30 seconds behind Red Bull and Mercedes.

"It's the same for us when we rank high up. We fall backwards from the midfield. At the end we are 30 seconds behind the midfield group. In the race, the rich get richer and the poor get poorer."

The Williams car often struggles when in the wind and Russell believes that the changing aerodynamic regulations coming into Formula 1 for the 2022 season will help with this. However, whilst the aero design this year may be affecting the car's race pace, Russell thinks there would still be disadvantages if this had been different.

"What's right, what's wrong? If we had gone in a slightly different direction, it would have cost us some speed in qualifying," the 23-year-old said.

"Take Silverstone, for example: We qualified eighth on the grid. After the first lap I was 10th. If we had gone in the other direction, we would have been 12th in qualifying and maybe 11th after the start. So one position behind.

"As a driver, you want a car that doesn't make you look stupid. You want one that is easy to drive. One that doesn't encourage mistakes. At the moment we have a car that makes mistakes very easy. It's very easy to lock the wheels. You don't want that as a driver. But if it's fast, you put up with it.

"We have made a big step in performance. Probably a bigger one than anyone else."