Russell: Ending 2021 with zero points wouldn't be a failure

George Russell has yet to score a point for Williams but isn't worried by the possibility of it never happening. 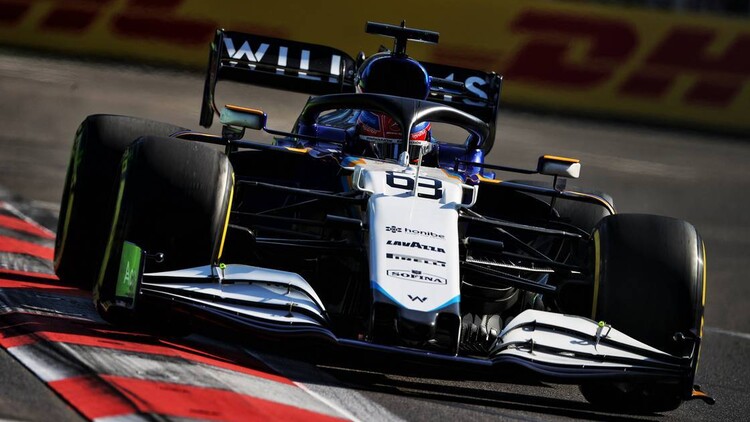 George Russell insists that he wouldn't view his 2021 season as a failure if he fails to score any points.

The Briton has not yet ended a race for Williams in a points-paying position since joining the outfit in 2019, the year that marked the last occasion the team scored a point when Robert Kubica was promoted into 10th at the German Grand Prix due to other cars receiving penalties.

Whilst Russell remains hopeful that he can get still his name on the board, the 23-year-old isn't letting the possibility of not scoring a point concern him.

"It doesn't bother me, no, but it's certainly a goal," Russell told Autosport. "That is the target.

"If we end this season pointless - I would not have seen this season as a failure. If we end the season with some points, I think it would have been a great success."

Russell has compared Williams' goal of scoring a point to being like McLaren's hopes of winning a Grand Prix.

"Points for us is, effectively, a win for McLaren, [with] sort of the deltas," the Briton explained. "If McLaren go this whole season without winning a race, we're not gonna see that as a failure.

"If they do have a victory, that would have been a massive success. And that's a really good way to look at it.

"Because 13th may have been the absolute maximum we did."

Russell's only points in Formula 1 came when he replaced Lewis Hamilton at Mercedes for the 2020 Sakhir Grand Prix, a race that he finished in ninth after a pit stop error meant he missed out on a potential victory.