Ricciardo on team orders: I've got to swallow my pride

Daniel Ricciardo has been explaining how he felt about being forced to switch places with McLaren teammate Lando Norris in the Emilia Romagna Grand Prix. 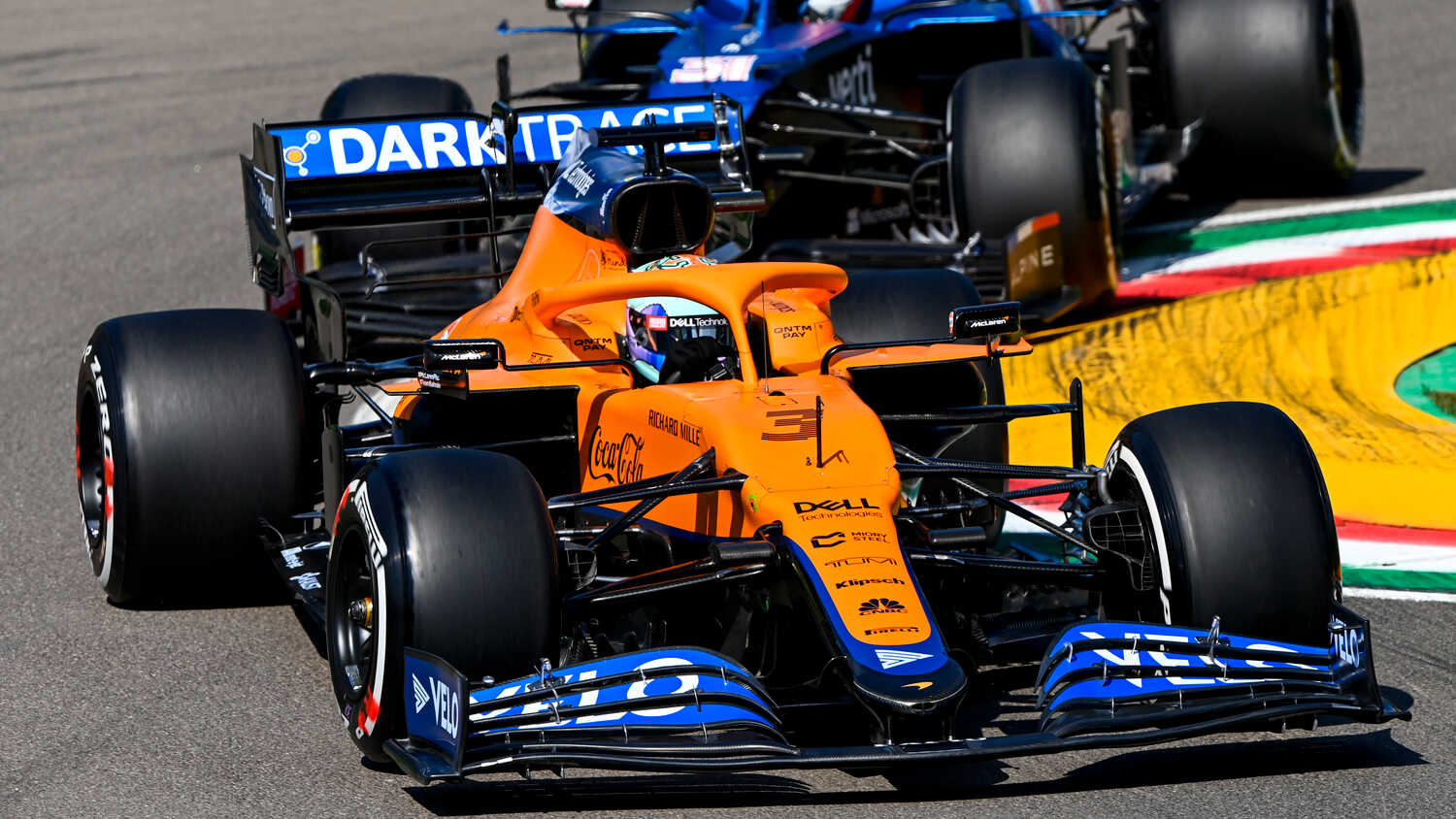 Daniel Ricciardo has admitted that he had to swallow his pride when asked to follow team orders at the Emilia Romagna Grand Prix.

The Australian had to give up his place to teammate Lando Norris less than 20 laps into the race as Norris felt he had more pace. This proved to be correct, with the Briton remaining ahead of Ricciardo and ending the Grand Prix with a third place finish.

Whilst it was not an ideal situation for Ricciardo - who finished in sixth - he has no hard feelings about the team's call.

"I think that's where I've certainly got to swallow my pride," Ricciardo told Sky Sports F1. "Honestly, the team were fair enough. They gave me time to try to show my pace.

"There were some laps where I had a bit and I could kind of do a decent time. To be honest where I did push I did start to kill a bit the right front [tyre].

"So yeah, I think they gave me the time that was required to show what I had and today it wasn't enough. So we're not going to get into any fisticuffs, it was fair enough."

Ricciardo is only two races in to his McLaren career after making the switch from Renault, and he admits that it is going to take him some more time to adjust to his new car.

"I don't think I underestimated [the transition from one team to another]," the 31-year-old said. "I was well aware of this when I transitioned from Red Bull to Renault.

"I guess, unfortunately, it's just going to take a bit of time. But the season's long I think, it's only race two. Of course I want to be quicker already.

"But if I look probably by, I don't know, maybe on race seven, and I look back at race two, and I'm probably just giggling because panic not."