The McLaren driver has given Yuki Tsunoda some guidance about what to avoid as a driver who has moved to Europe to race in Formula 1. 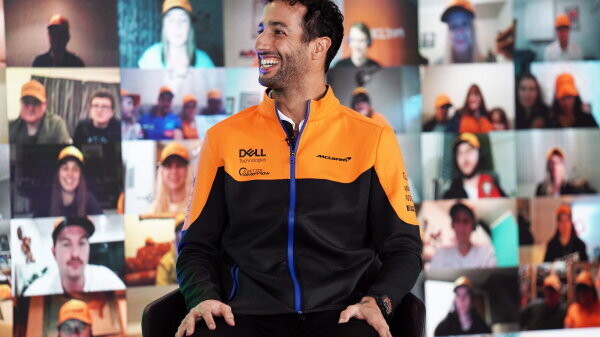 Daniel Ricciardo has told Yuki Tsunoda to avoid distractions if he wants to succeed as a Formula 1 driver ahead of this weekend's French GP.

Ricciardo and Tsunoda have both moved away from Australia and Japan respectively so Ricciardo has explained the mindset Tsunoda needs to get into if he wants to progress as a racing driver.

"There's a lot but actually, the one thing that stands out is discipline and sticking to the path," Ricciardo told RacingNews365.com and other select members of the press.

"For sure, when you leave home, there's distractions and temptations. You have your freedom and especially at a young age, it's always what you dreamed of. I wanted to get away from home and have the ability to do what I want.

"But these are obviously bad distractions and I think if you stay on the path, then you can enjoy these even greater freedoms on the track. The reward is worth it and it's even bigger, and it'll pay off.

"So avoid distractions. I'll probably be a distraction at some point saying, 'hey, you should come to this party'. But you have plenty of time."

Tsunoda has relocated to Faenza to be closely monitored by AlphaTauri team principal Franz Tost following a series of poor results.

The move took place following the Monaco GP after a crash and a set of outbursts on the team radio. Tsunoda agrees with Ricciardo's explanation.

"I now think more about the racing, I would say and what issues we had and also how I can have a better approach for the race. I think this part of the progress has developed my confidence and that worked well in Baku.

"I think still I need better discipline. It's still not strong enough. I sometimes play games a lot until two o'clock in the morning so I need a really good, strong discipline."