Ricciardo: Encouraging for McLaren to be voted most popular team

According to a recent global survey, McLaren are the most popular team with F1 fans. Daniel Ricciardo is pleased that the outfit's efforts to involve their followers have paid off. 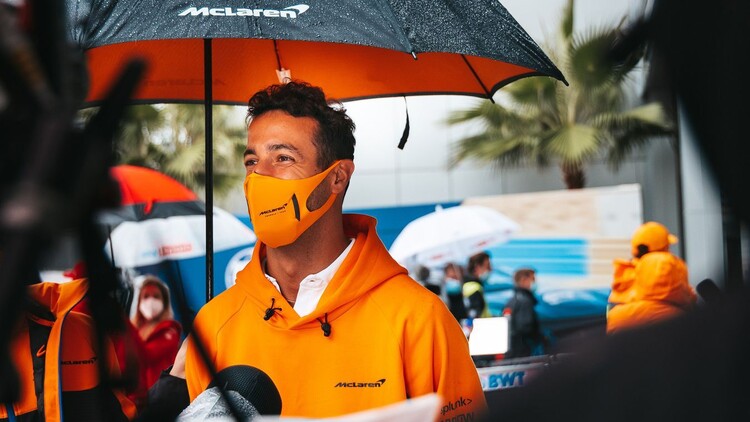 Daniel Ricciardo thinks that McLaren can feel encouraged after being voted the fans' favourite F1 team in a recent global survey.

With the Woking-based squad often sharing videos and content on their digital output featuring Ricciardo and Lando Norris, Ricciardo is pleased that the efforts to involve their followers are paying off.

"For McLaren to be the top team, that's obviously encouraging for them," the Australian told select media, including RacingNews365.com.

"We do a lot of core activations away from the circuit, or away from the Sunday 3pm stuff, so I think we are putting in an effort for sure to engage and interact with the fans, and it's paying off.

"It's cool. It's cool to give them some more access, for sure. It's good to know that it's worth it. I think the team does put a lot of effort into that."

Ricciardo is relaxed about taking part in the off-track activities that McLaren put together for him and Norris.

"I've always been pretty chill around stuff like that," he explained. "Maybe I like the camera, I don't know.

"But I think Lando as well is much the same, so I think the team is pretty happy with that."

In terms of drivers, the results of the survey showed that Max Verstappen is the most popular with fans, whilst Norris came in second place. Lewis Hamilton was third.

When asked whether he knew where he placed, Ricciardo joked: "Well it's not first, so it's meaningless now! You've ruined my mood!"

Survey results aside, Ricciardo was given the opportunity to make a dream come true over the United States Grand Prix weekend by completing a "dream" test drive in Dale Earnhardt's 1984 Wrangler Chevrolet Monte Carlo.

In a pre-season bet between Ricciardo and McLaren boss Zak Brown, it was agreed that if the Australian claimed a podium finish in 2021, he would be given the chance to drive Earnhardt's car. This was fulfilled when Ricciardo won the Italian Grand Prix in September.