Rencken: Innocent teams in crashes should have the right to get financial compensation

RN365 F1 journalist Dieter Rencken believes that a mechanism should be in place to gauge the level of guilt in collisions, with the innocent party able to get financial recompense. 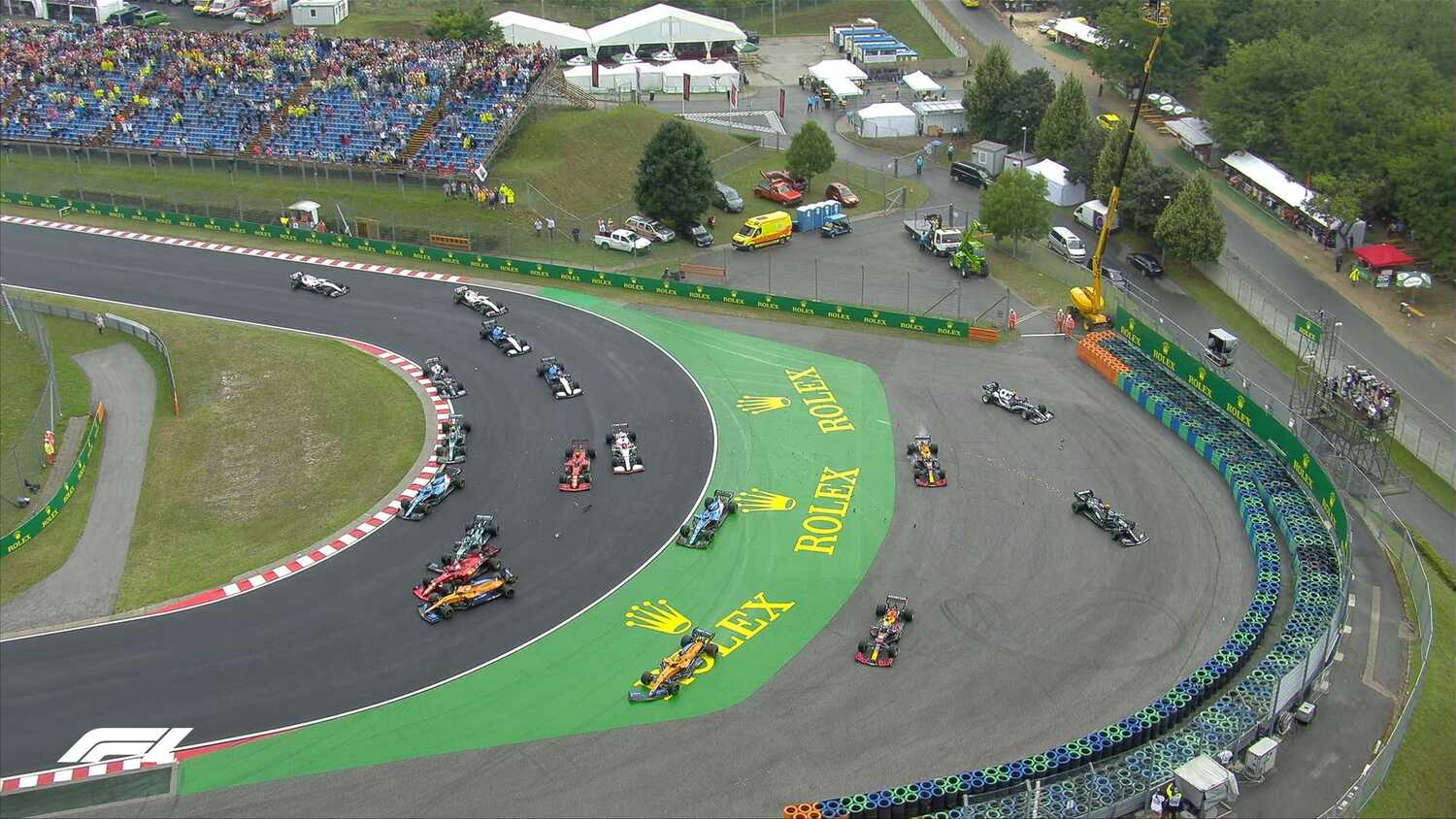 Formula 1 teams that are found to not be at fault during a collision on track should be entitled to some sort of recompense, believes RacingNews365 F1 journalist Dieter Rencken.

In the first year of the new budget cap, the issue has become increasingly highlighted in light of the recent misfortunes of the Red Bull team. The team have taken a big dent in their 2021 budget due to the collision between Max Verstappen and Mercedes' Lewis Hamilton, which the stewards found Hamilton found predominantly to blame. In Hungary, both Red Bulls had their races ruined by Mercedes' Valtteri Bottas after an error from the Finn into Turn 1.

"I do believe that there should be some mechanism in place certainly to assess the damage and also the culpability," Rencken told Thomas Maher on the RacingNews365 F1 Podcast.

"It's something that we have with road accidents and the insurance companies sort it out themselves."

Rencken explained that he feels collisions should be judged to be of a certain level, with the regulations tweaked to be able to make rulings for or against a team in terms of finances.

"Ultimately, in an incident on track, you have four levels, you have 'absolutely innocent'. In other words, you're going around minding your own business, and somebody just comes and hits you at the back or wherever," he said.

"Then you have 'marginally to blame' where you did influence an incident, but you certainly were not to blame for it.

"Then you have a racing incident where both parties are 50/50, then you have 'predominantly' to blame where you have one party carries more of the blame and then ultimately, you have 'totally to blame' or 'wholly to blame'.

"I think that the stewards should, in future, try and put some form of grading to the finding and say 'Wholly', 'Marginally', 'Predominantly', whatever. And assessors should get involved and have a look at it."

While this system would obviously add extra complication to the rulebook, as well as open up the sporting possibility of leading teams using tactics of creating incidents through their satellite teams, Rencken said is that this would simply be an extension of the current rulebooks.

"If that should happen, then absolutely that's grounds for disqualification as it would be were a team to use a team that they're aligned with as part of their strategy, you know, blocking or whatever the case may be," he said.

"So you know that certainly is not sporting, I think what we need to do is look at Formula 1 as three distinctly separate components. The first one is obviously the technical. The second one is the sporting, and the third one is the commercial or financial.

"We do have three sets of regulations. We have technical, sporting, and financial regulations. And I think that the interaction between these three, particularly under budget caps, is such that it's certainly worth considering whether there should be an element of culpability apportioned to an accident, and therefore right to redress."

Listen back to the new episode of the RacingNews365 F1 Podcast below!