Christian Horner and Michael Masi have given contrasting stories about whether Sergio Perez was told to relinquish his position to Charles Leclerc at the Italian Grand Prix. 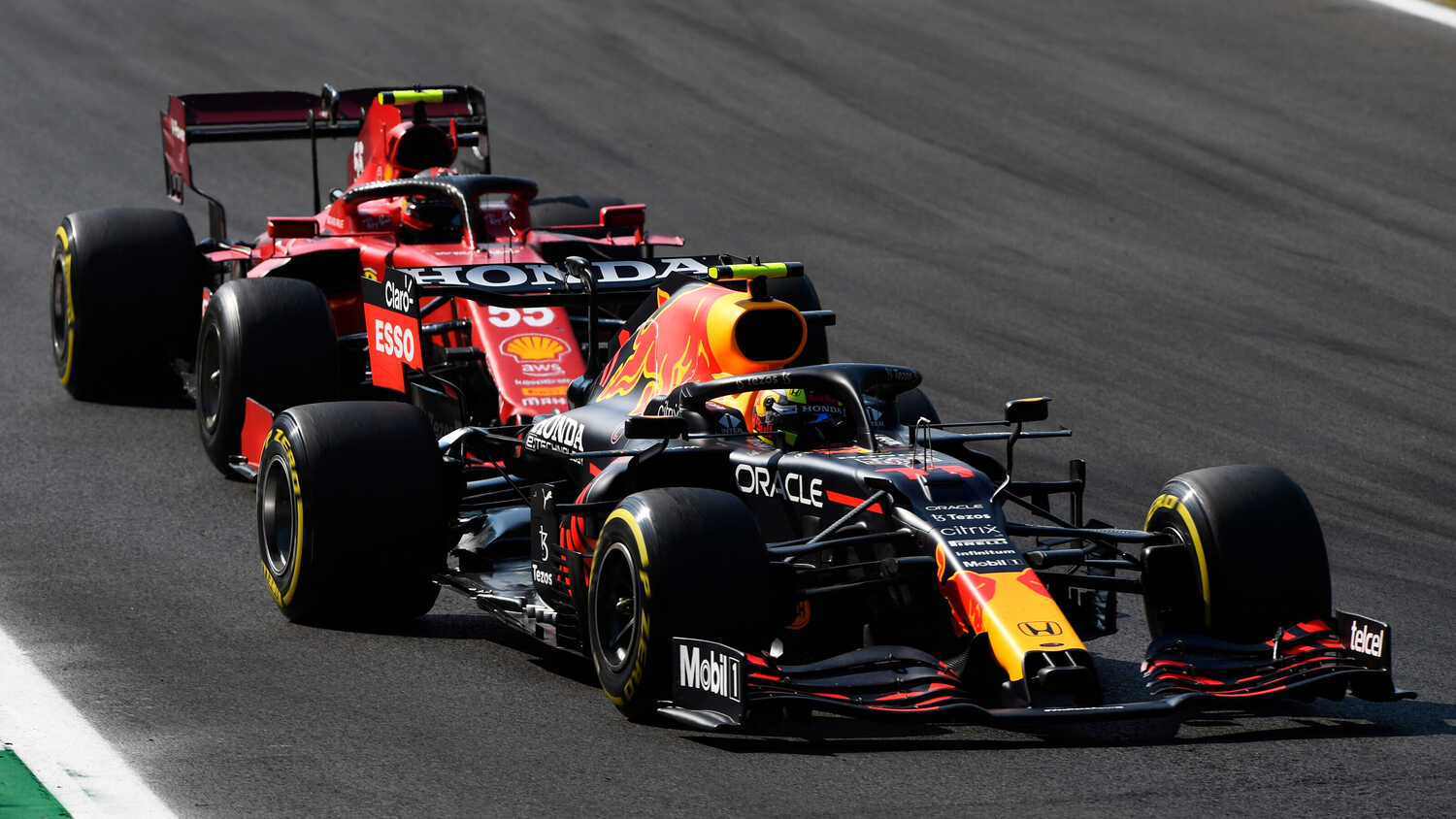 Red Bull and the FIA have given different stories regarding whether Sergio Perez was ordered to give up his position to Charles Leclerc during the Italian Grand Prix for an illegal overtake.

Perez overtook Leclerc off the track at the second chicane and received a five-second time penalty for the incident. Red Bull team boss Christian Horner said they were waiting for a call from the stewards to give the place back to Leclerc, but it didn't come.

"That was tough, because we were expecting a call from the stewards to say if they weren’t happy with it, give it back,” Horner told RacingNews365.com and other select members of the press.

"Of course, the call didn't come and then when eventually the penalty comes up, the gaps aren't opening, so that was tough for him.

"He drove a good race and third on the road, [but] fifth overall was a frustrating result for him."

Perez's penalty lost him a podium position, which went to Valtteri Bottas, and the Mexican also finished behind Leclerc.

Formula 1 Race Director Michael Masi has revealed that Red Bull were told to think about giving the position back, saying Horner's claim was not correct.

"I suggested to them that they may want to look at giving the position back and they said, 'They were looking at it themselves'."