Annual motorsport event Race Of Champions will be held in Scandinavia for the first time in January 2022, with competitors set to test their skills in the snow and ice on a specially designed circuit. 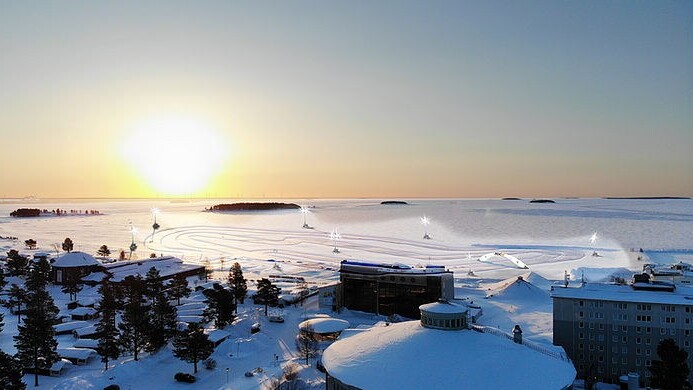 ROC - which sees some of the best drivers in the world go head-to-head in identical cars - announced this week that the event will be held on the frozen Baltic Sea at Pite Havsbad, just 60 miles from the Arctic Circle. The unprecedented weather conditions will not be the only new feature as organisers have revealed that the track will be longer and wider than usual, presenting a fresh challenge for competitors. After the event has been held, the ROC track will remain open for corporate and private driving experiences.

"After organising the Race Of Champions in some of the most prestigious venues like the Bird’s Nest Olympic Stadium in Beijing, Stade de France in Paris, Wembley Stadium and London’s Olympic Stadium, it is a huge honour to be able to bring our event to my home country Sweden for the first time," said Race Of Champions President and co-founder, Fredrik Johnsson. "At ROC we are always looking for ways to put new exciting tests in front of some of the world’s top race drivers. In the past, that might have been a very tight track inside a stadium, but this time we will be able to build a longer, wider more spectacular track. The event will be unlike anything we are used to seeing and be one of the ultimate tests of a driver's car control."

The driver line-up for the event will be announced nearer the time, but in previous years the likes of Formula 1 stars Michael Schumacher, Sebastian Vettel and Jenson Button have taken part, as well as drivers from other categories of motorsport such as World Rally legend Sébastian Loeb and Indy 500 champion Hélio Castroneves.

World Rallycross Champion and 2019 ROC Nations Cup Champion Johan Kristoffersson was the first driver to test the new snow and ice track. The Swede said: "It is so much fun driving around this ROC track, sliding the car through the wide corners. It will be a true challenge but I think all the drivers will love it. Participating in Race Of Champions in Mexico in 2019 was one of the best experiences I’ve ever had and to now be able to do it here in my home country is going to be even more special.”

The upcoming Race of Champions event will also feature several electric cars, with details of the vehicles used to be announced at a later stage. While an exact date for the challenge has not yet been confirmed, organisers have committed to organising ROC in safe conditions even if the coronavirus pandemic is still ongoing. Updates will be provided throughout 2021 at raceofchampions.com.