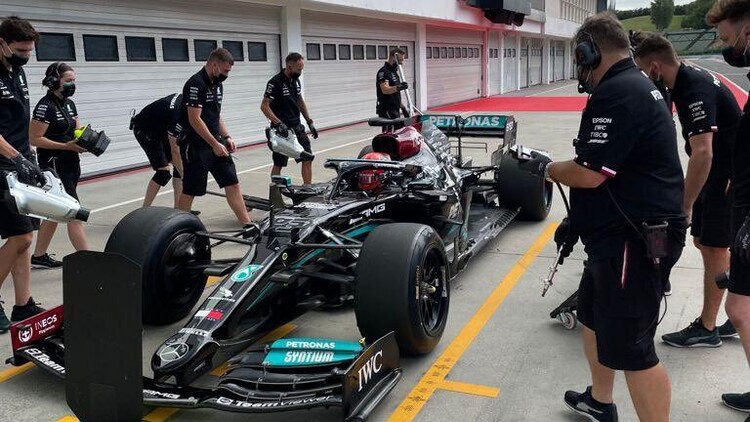 Pirelli boss Mario Isola is in favour of running realistic Formula 1 race simulations to test whether the new 18-inch tyres are less sensitive to overheating, allowing the drivers to push harder in wheel to wheel combat.

Along with a new set of technical regulations, Pirelli's bigger tyres are certain to play a major role in 2022, with the potential to shake up the pecking order.

"For sure," Pirelli F1 boss Isola told The Race when asked if there would be attempts to simulate running in traffic during the Abu Dhabi test.

"I believe we have to wait until the first race in 2022 to learn completely about traffic. Also during the test we know that they don't want to stay in traffic because they are not collecting useful data."

Every team apart from Williams have tested the new, bigger tyre construction, with the latest test taking place after the Hungarian Grand Prix. The Abu Dhabi tyre test in December will offer the best opportunity to simulate a race.

Isola hopes the final test will bring up no major surprises to give Pirelli an easier winter ahead of next year.

"I am happy that we have the possibility to test in Abu Dhabi and have two days of testing that are dedicated to tyres," he said.

"We are going to homologate the product by September 1 in terms of construction and just after that the compounds.

"So we are going to Abu Dhabi with a final version of the 2022 tyre and we have the possibility to add mileage on the tyres.