Red Bull's Sergio Perez was pleased that his efforts to help teammate Max Verstappen to pole position in Abu Dhabi worked out. 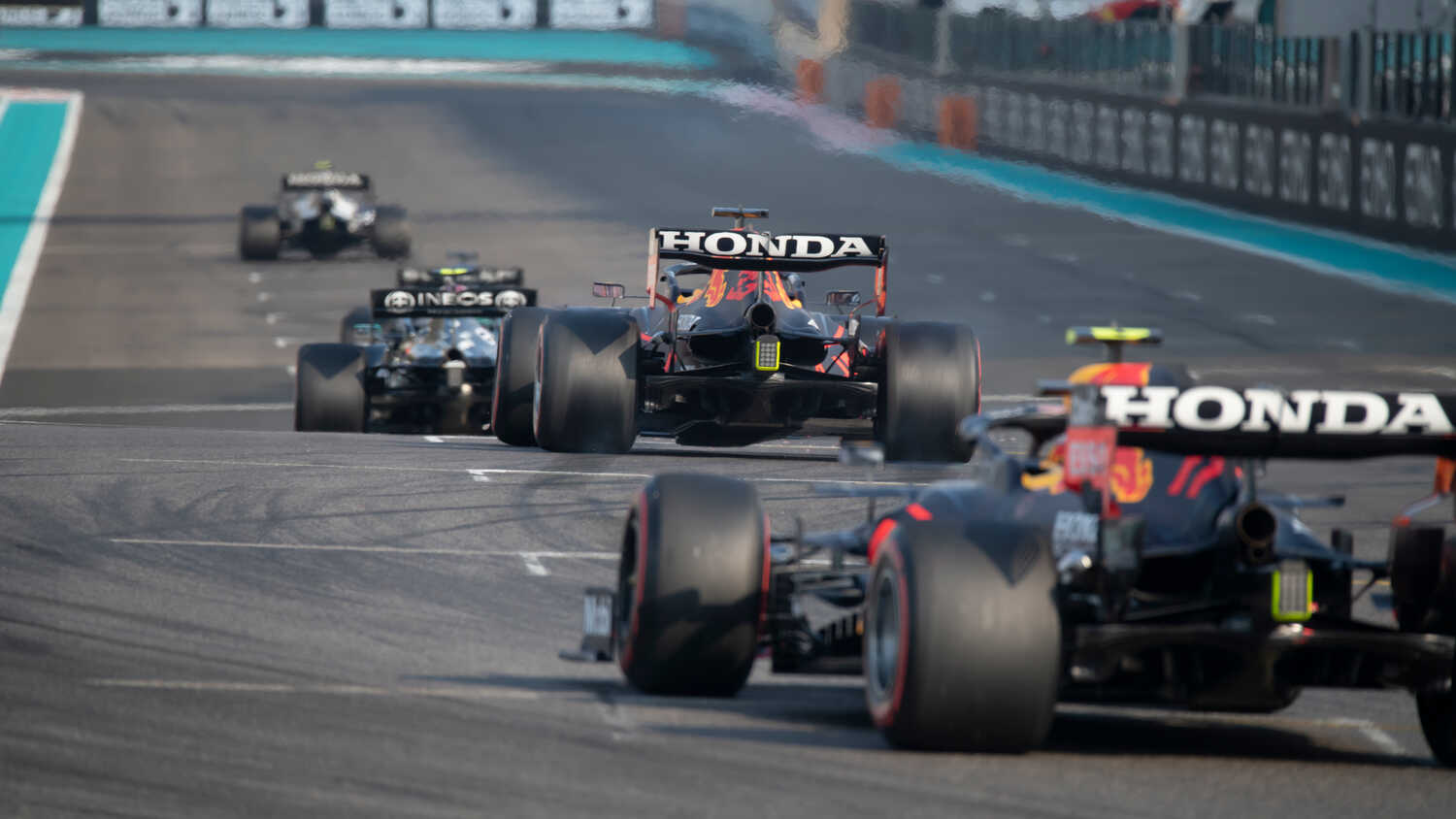 Sergio Perez, who played his role as a "dutiful teammate" to Max Verstappen in Saturday's qualifying session in Abu Dhabi, was thrilled to have contributed to the Dutch driver's pole position lap at the Yas Marina Circuit.

Perez sacrificed his first flying lap in Q3 to give Verstappen a tow down the back straight, contributing to Verstappen's fourth-tenth advantage over Lewis Hamilton at the end of the crucial part of qualifying.

While Perez could only manage fourth place after sacrificing his first lap for Verstappen's benefit, he was thrilled with how the day had played out for the team.

"I think that was a great day," commented Perez.

"We thought before qualifying that it was going to be extremely hard to get the Mercedes.

"These things [tows], it only takes a little too much for it to go wrong. I'm very pleased that it worked out and that we were in a position to support Max to pole.

"It's a very important pole for him, so we're just looking forward to tomorrow."

Red Bull have spent this weekend slowly tweaking their downforce levels to bring it to as low a level as possible in a bid to keep Mercedes honest down the long straights of Yas Marina.

Given that Red Bull theoretically could still snatch the Constructors' Championship, despite Mercedes' 28-point lead with a maximum of 44 still available, Perez said the team have to go aggressive to try to clinch the title.

"We were just trying different levels of downforce, high versus a lower one, and we just decided to go a step lower in downforce, thinking that it might be beneficial for the race," he went on to explain.

"It is a massive shot, but anything can and could happen tomorrow. We will give our best and then see where that takes us.

"I really hope that I'm able to get Lando [Norris] right at the start and just go from there and try to support Max."