Red Bull's Sergio Perez continues to lead proceedings as the preseason test draws to a close in Bahrain. 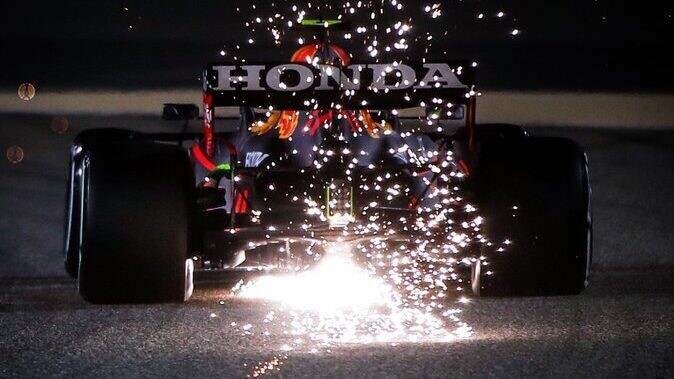 With a time of 1.30.187, Red Bull's Sergio Perez continues to lead the timing sheets on the final day of testing in Bahrain.

Perez is joined by Ferrari's Charles Leclerc and McLaren's Lando Norris as the times from this morning's session continue to occupy the top four positions. McLaren's Daniel Ricciardo leads the afternoon runners, with the Australian's time of 1.30.587 on the soft compound tire good enough for third overall.

Alfa Romeo's Kimi Raikkonen has moved into sixth with the Finn set to complete an entire day of testing. The former Ferrari driver has so far accumulated a staggering 123 laps so far, which is over two race distances.

Raikkonen and Russell are the only two drivers who have continued their testing duties from the morning, with the aforementioned Ricciardo joined by Carlos Sainz, Lewis Hamilton, Max Verstappen, Sebastian Vettel, Yuki Tsunoda, Nikita Mazepin, and Fernando Alonso joining the running in the afternoon.

The improved conditions has meant that the drivers have largely stayed out of trouble, with AlphaTauri's Yuki Tsunoda the only driver to have a serious incident with the Japanese driver having a big moment almost taking out Raikkonen in the process.

Mercedes driver Lewis Hamilton continues to struggle to find his rhythm with the British driver who is running the medium compound tire is still only 14th overall 2.699 seconds off Perez's pace and the Englishman is currently four-tenths off his teammate Valtteri Bottas.

Red Bull driver Max Verstappen, who took over from Perez in the afternoon currently sits in ninth on the timesheets after completing 32 laps, 1.2 seconds off his teammate.

Given that there are still two hours to go, expect the running order to change significantly as the weather conditions improve.

The details of the top 10 runners can be found below. 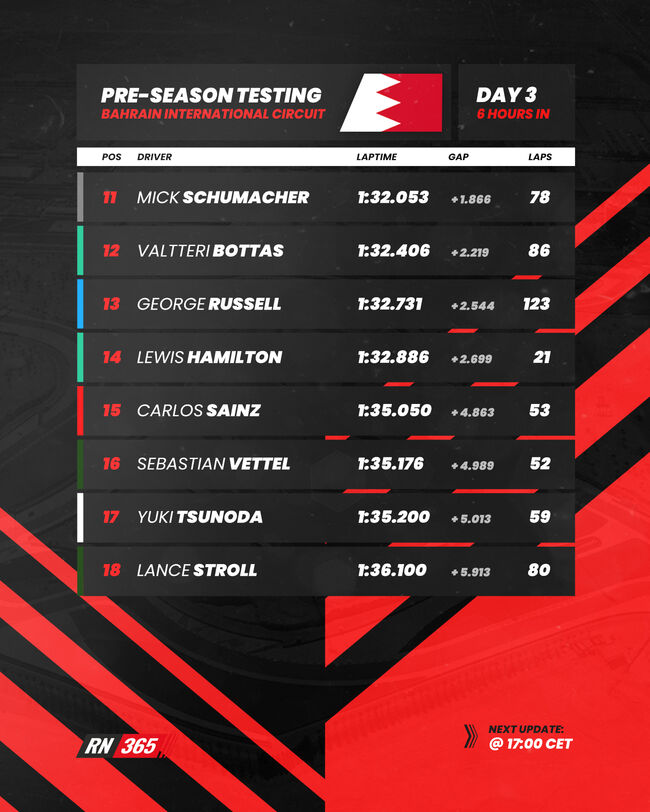 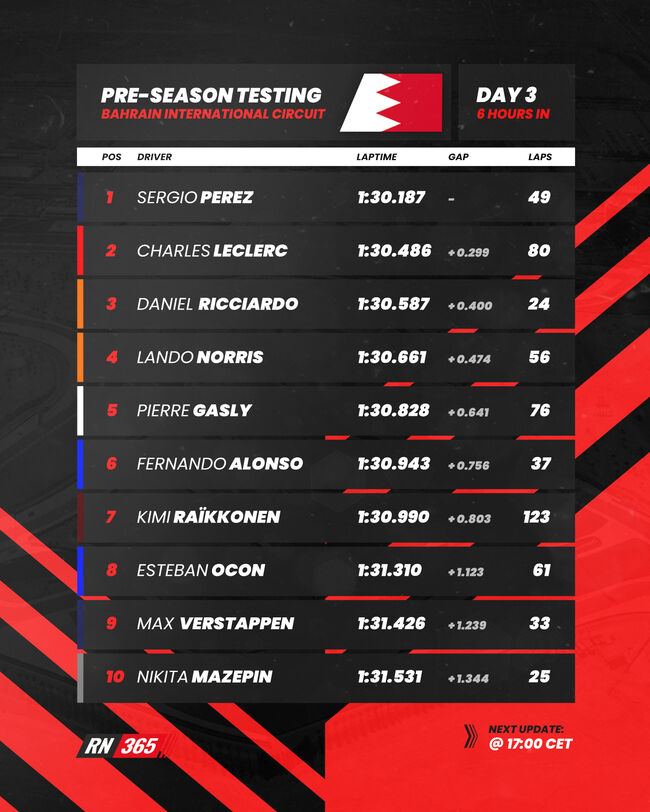