Perez: Hamilton was right on my a**

Red Bull driver Sergio Perez reflected on claiming his second F1 victory, with the Mexican especially relieved to have held off a charging Lewis Hamilton 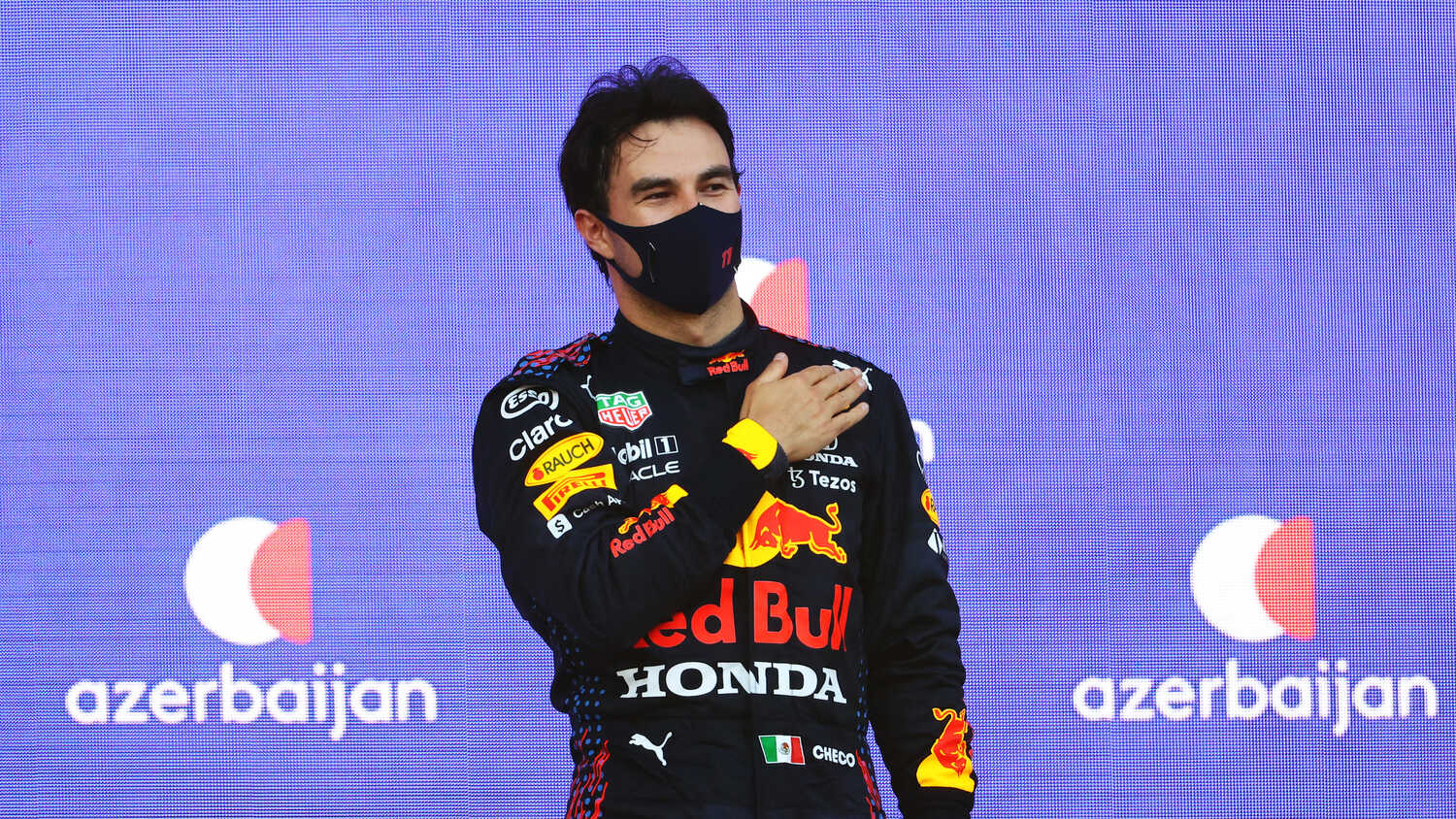 After gaining an advantage via an overcut, Perez found himself in front of Hamilton, after the British driver lead the opening part of the race in Baku. Despite his on track advantage, Perez fought hard to keep the reigning world champion behind him, which eventually proved to be crucial as race leader Verstappen crashed out of the race after experiencing a tyre failure.

"It was pretty hard because lap after lap, when you have a bit of fear you are able to save your tyres, your brakes and fuel, and ultimately go a bit faster when you need to," Perez told RedBull.com.

"Here, I had to be straight into it coming out of the pits with cold tyres. It meant that starting with Turn 2 I had to push all the way through to keep Lewis behind lap after lap. As soon as I got some breathing [room] for my tyres, he was right on my a** so I had to really keep pushing lap after lap."

The Mexican also paid homage to the rest of his Red Bull team, especially highlighting the contributions of Alex Albon.

“Alex is putting in so much work into the simulator with the engineers,” Perez added. “I remember when I came here, you wouldn’t expect for him to be so open with me.

“But he explained all his issues that he had, how the car works.

“That was very nice, since day one, to have from him. I really appreciated that, and I appreciate the work that he’s putting in weekend after weekend with the team in the simulator.”

Despite tasting success in just his sixth race for the team, Perez is already looking toward the future.

"It's only race six, it doesn't really matter where we are now," Perez stated.

"It's about where we finish in Abu Dhabi. We have to keep chipping away and get there at the end, making sure we maximise our car potential. It's such a long way to go, I've been in F1 for years so I know that so many things can happen.

"We just have to keep our heads down, what has happened is history and we have to look forward."