Perez disappointed with himself: I messed up

Red Bull's Sergio Perez has held his hands up and apologised after a poor race from the front row, marred by several errors. 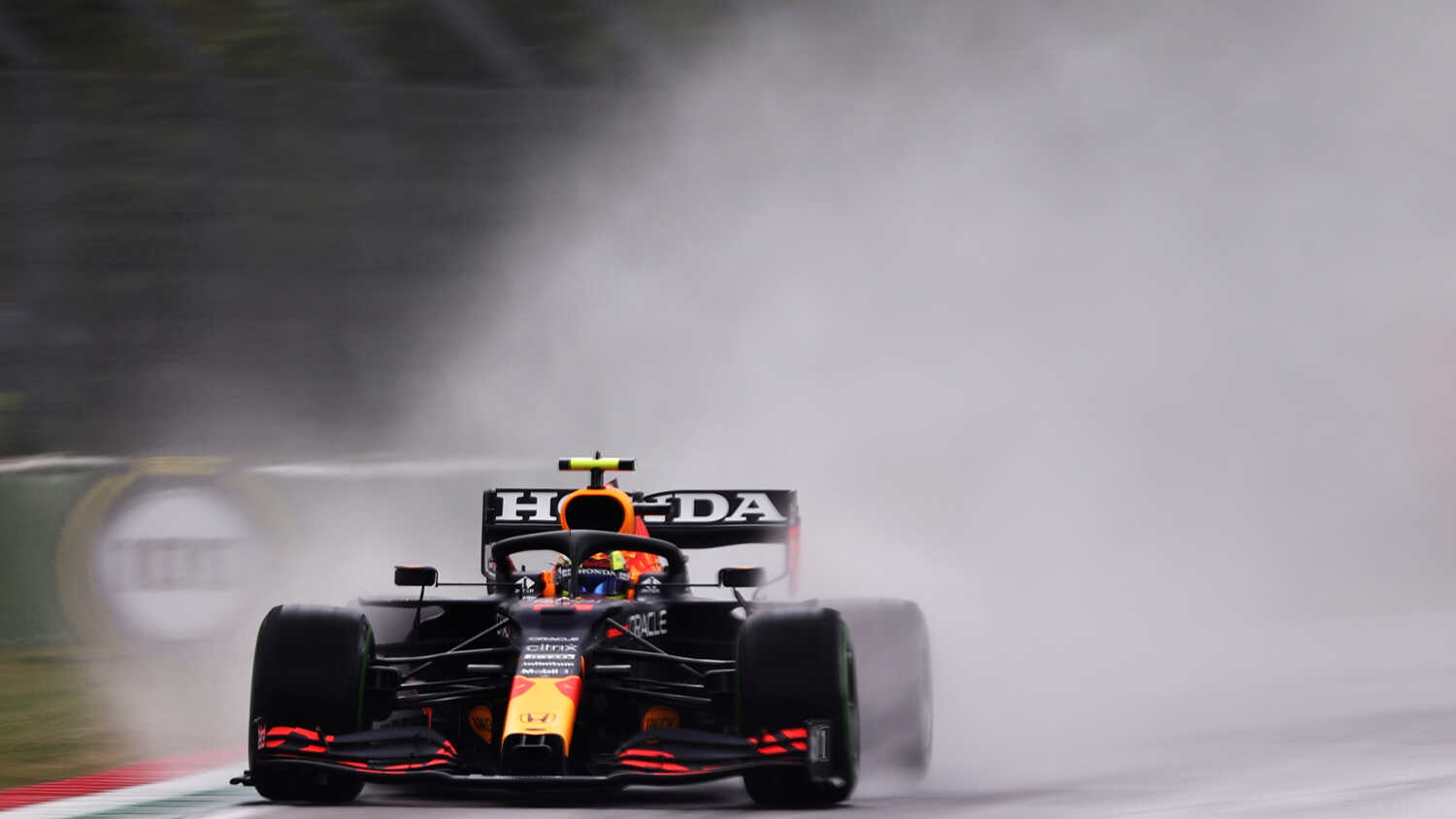 Sergio Perez has owned up to being disappointed with himself, after finishing in 12th place after starting from the front row.

Losing out to teammate Max Verstappen on the run to Turn 1, Perez made an error at the Variante Alta chicane shortly into the race and lost position to Ferrari's Charles Leclerc.

It didn't get much better from there, with a mysterious steering wheel issue adding to his woes before the Mexican slid off into the gravel at Villeneuve following the restart.

"We had an issue with it [the steering wheel] that it was changing all the time," Perez explained to Ziggo Sport. "It was moving around pretty much on its own and we had to change it.

"There's not a lot to be said today, I messed up. I'm very disappointed with myself and I'm very sorry for the team."

Perez picked up a ten second time penalty under the Safety Car, having run wide at Piratella and letting McLaren's Daniel Ricciardo and Ferrari's Carlos Sainz through. Having recovered the track, Perez promptly overtook them to regain his place, and was slapped with a penalty.

"I lost the car under the Safety Car," Perez told media, including RacingNews365.

"I went off and just came back. Obviously I overtook those cars so I think the penalty was fair at the time. I thought like, 'Okay, I made a mistake but I managed to keep my position'. But, certainly that's not the case."

Having taken the opportunity to swap to the soft tyres at the restart, any chance of a good comeback was ruined by Perez sliding into the gravel and falling to the back of the pack.

"We went on the reds [softs]," Perez said. "Therefore we put a bit of flap in, thinking that there was going to be quite a lot of rain and that made it a bit tricky, but I did a mistake and that just ruined our chances.

"I clipped the wet line and that just put me off because the car was very pointy on that soft tyre and I just did a little mistake.

"We definitely had the podium there and not a whole lot to say."