Sergio Perez was without water from the first lap of the United States Grand Prix, amid hot temperatures. 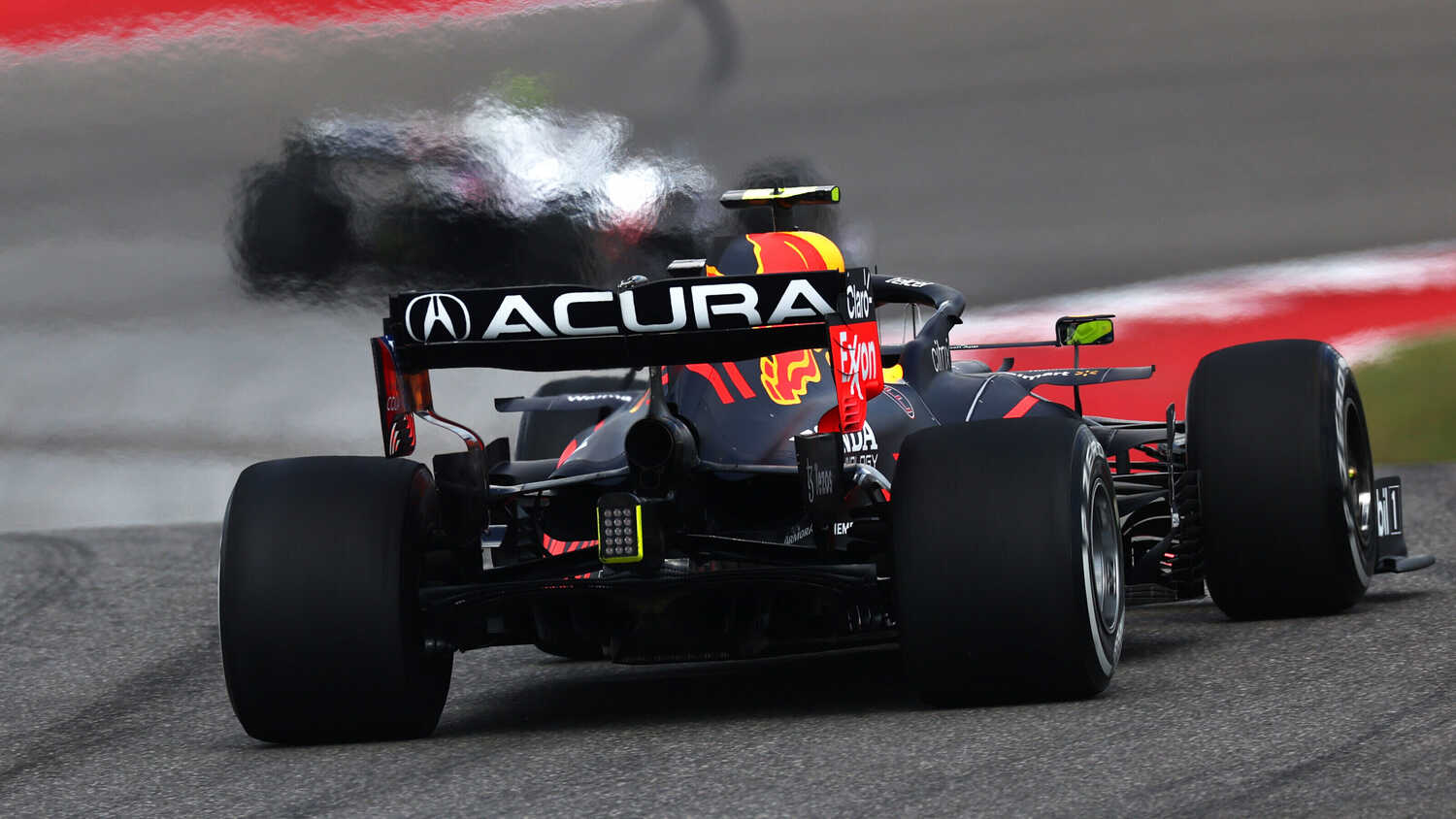 Sergio Perez called Sunday's United States Grand Prix "my toughest race ever" as he completed the 56-lap encounter without a working drinks system.

Perez, who started third, slotted in behind title rivals Max Verstappen and Lewis Hamilton at the start, initially lapping at a similar pace.

However, as the afternoon wore on, the Mexican reported that his drinks system wasn't working and, amid air temperatures of around 35 degrees Celcius, he dropped away from the leaders to record a lonely third-place finish.

Speaking after the race, Perez said: "I struggled massively. Since Lap 1 I ran out of water. I couldn't drink at all.

"I think by the middle of my second stint it started to get pretty, pretty difficult, you know, losing strength. I think it was my toughest race ever, physically."

Perez's podium, along with teammate Verstappen's victory, helped Red Bull cut the gap to Mercedes in the Constructors' standings to 23 points.

"He's been a bit under the weather this weekend as well, he's had a bit of a cold, so that was tough not to have the drink system," Horner told Sky Sports.

"But again, the way he managed the race... You can see his confidence is growing. That's the second race in a row he's on the podium now. His home race is coming up, and he's finding his form, which is crucial for us at this time of the year."