Sergio Perez continued to show improvement at Red Bull with a strong performance at the French Grand Prix. The Mexican has credited the team with choosing the right strategy after his struggles with the car in the early laps. 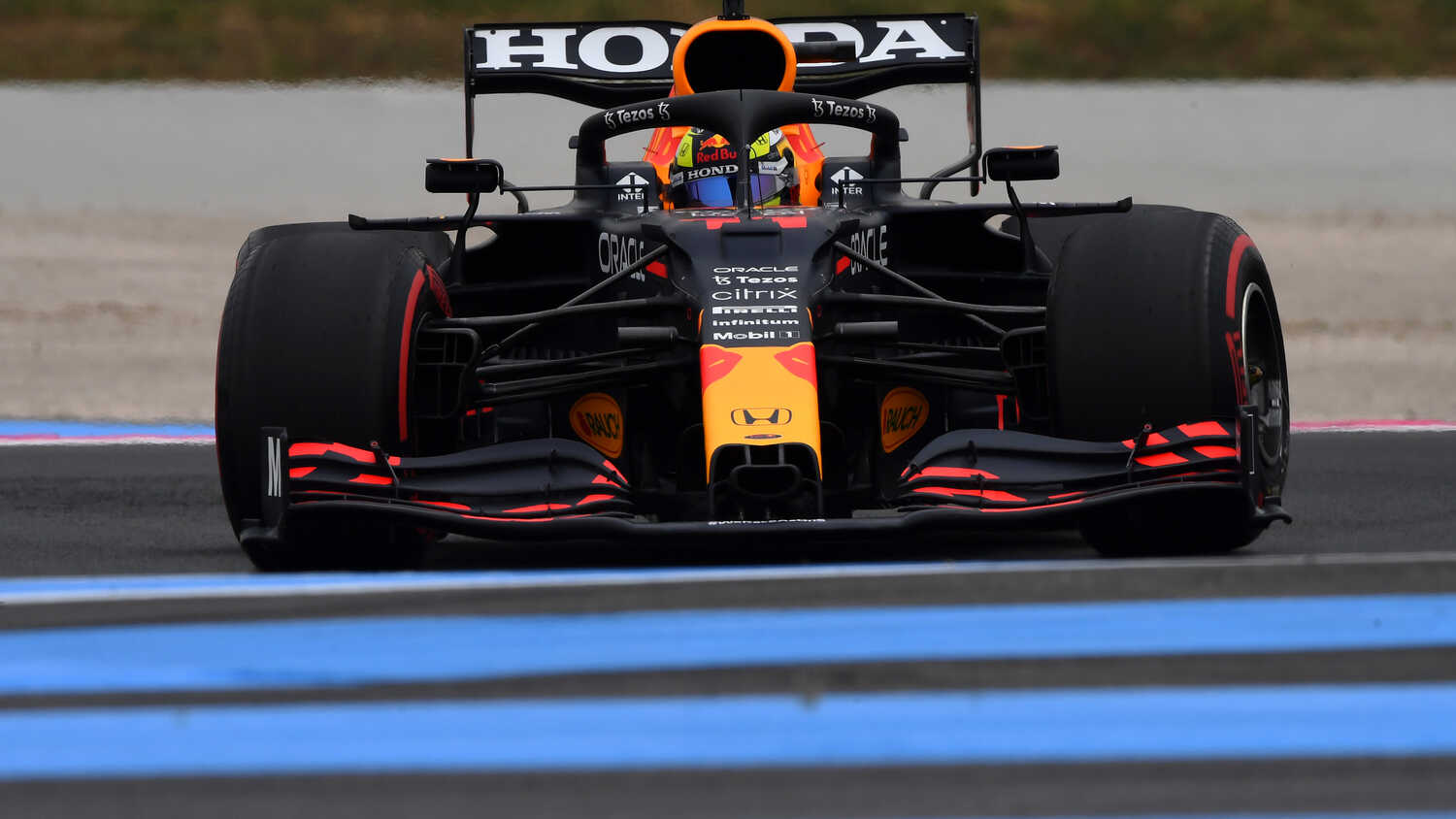 Sergio Perez has admitted that his Red Bull car was "undriveable" at times during the French Grand Prix.

Many teams and drivers complained after the race of higher levels of tyre degradation than they had expected, and Perez was amongst those to experience struggles with this, particularly during the early stages of the event.

The Mexican used his tyre management skills to stay out for a long first stint but did not find it easy.

"I think the team did a good job with leaving me out on the first stint," Perez told Sky Sports F1. "It was pretty undriveable, the first 10 laps and the last five laps of that stint.

"The degradation was a lot higher than expected today, but I think the team did the right calls. We went long, we were able to manage quite nicely the tyres when we needed and it was a good day at the end."

Perez thinks that he could have potentially caught up to Lewis Hamilton in second place had there been more laps available, which would have given Red Bull a one-two after Max Verstappen won the race.

But despite this not happening, Perez hopes to be able to fight for the win at the forthcoming Styrian Grand Prix.

"I think we needed about three more laps to get Lewis," the 31-year-old said.

Perez believes that the current triple-header in the calendar - with two back-to-back races in Austria coming up - will prove useful in allowing him to improve.

"If I have a new race next weekend, I already start from a better baseline. I'm hopeful for the coming weekend."