O'Ward, Lawson and Sargeant react to first laps in an F1 car

Several drivers have been given their debut Formula 1 outings at the post-season test in Abu Dhabi. They have since been sharing their reactions on how it felt. 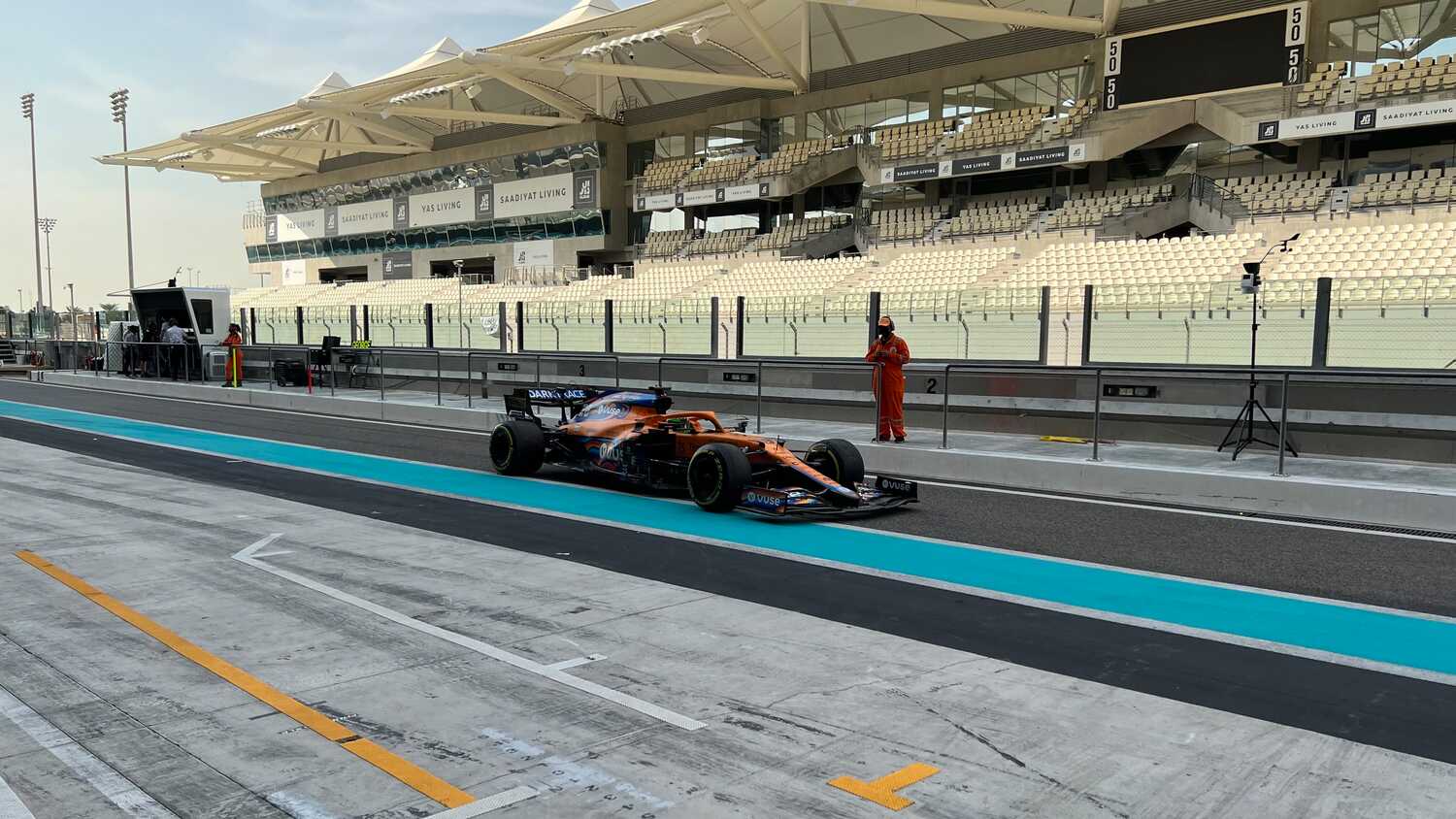 There were some new names on the timesheets for the post-season test in Abu Dhabi this week, with several drivers being given their debut opportunity in an F1 car as part of the Young Driver Test.

Some of those to take part have been sharing their thoughts on the momentous experience. Amongst those is IndyCar driver Pato O'Ward, who put in 92 laps in the McLaren on the opening day of the test and was almost left lost for words.

"The experience, and first of all the opportunity, is rare, once in a lifetime, but… wow! Like, wow!" O'Ward told media, including RacingNews365.com.

"I thought the IndyCar was fast and… my eyes… it was just crazy, man, I don't know what else to say. Since the first lap, as soon as I went out, I felt the power and the grip, the braking. The thing does whatever you want it to do.

"When you take it to the limit it might not be doing certain things you want it to do a bit better, but whenever you start tweaking it here and there, there's so many things to help you get a better balance on what you currently might have or whatever.

"But, man, wow. Like, insane. What a great experience, and what a car!"

The Mexican added: "This is the best experience I've ever had in a race car in my life.

"I don't think anything has come close to it in terms of driving, in terms of feeling what it's capable of, in feeling its limits - nothing comes close to it.

"The feeling, for example, an IndyCar gives you is crazy, but you get into this and just the way it's able to do everything so fast, and everything is so compressed, it's like a video game. It's unreal."

"The best day of my racing career"

Similarly enthusiastic words came from Logan Sargeant. The American - who tested the Williams and recorded 92 laps - described the experience as "awesome".

"How enjoyable was it? Probably tops the best day of my racing career, that's for sure," Sargeant explained.

"It was everything I expected plus more. It was pretty awesome.

"I just expected a lot of grip, but not quite that much! Just crazy how planted they are. They really don't move from the ground too much."

Sargeant admits that it took him a bit of time to adjust to the level of grip.

"[On the] first run, just trying to feel as comfortable as you [can], get comfortable with it," the 20-year-old said. "I felt like I adapted to the amount of power quite quickly.

"I think the one that took a little bit longer and the bigger step was the amount of grip and downforce. The first lap, you're like, 'Wow, this thing's got some serious grip'. So that was sort of the biggest thing that stood out to me.

"Honestly, [the braking] is absolutely insane. You hit the pedal, and in the junior formulas, it really doesn't affect you when you hit the brake pedal. But this throws your whole body forward. The stopping power is like nothing I've felt before."

"I really didn't want to get out of the car "

Meanwhile, Liam Lawson was given the opportunity to drive the AlphaTauri. The Formula 2 driver from New Zealand was just as stunned by the cars as O'Ward and Sargeant.

"What an amazing day, it's incredible how unbelievably fast these cars are," Lawson detailed after the test.

"I've obviously driven in the simulator before and when I'm there I always think that there's no way that the car can actually be that quick in real life, but it really is."

Lawson experienced some nerves when first behind the wheel, with a range of new aspects of the sport to adjust to.

"I was definitely nervous pulling out of the garage for the first time. I tried not to show it, but I definitely felt it," he revealed.

"It took me a little while to get to full throttle but when I did I thought, 'Holy moly, that's a lot of power!' The biggest difference is just the downforce, there's significantly more than anything I'm used to.

"We worked on a lot of different things in the run plan, both short and long runs with different tyres, and one thing that was really cool and new to me was the live data.

"The ability to have the team update me as I'm out on track was really interesting, although you couldn't make a mistake without them knowing!"

"I really didn't want to get out of the car today, it's been amazing to get my first taste of F1," the rookie said.