Mercedes: We didn't let the win slip through our fingers

Andrew Shovlin doubts Mercedes would have been able to win the Dutch Grand Prix, no matter what strategy they tried. 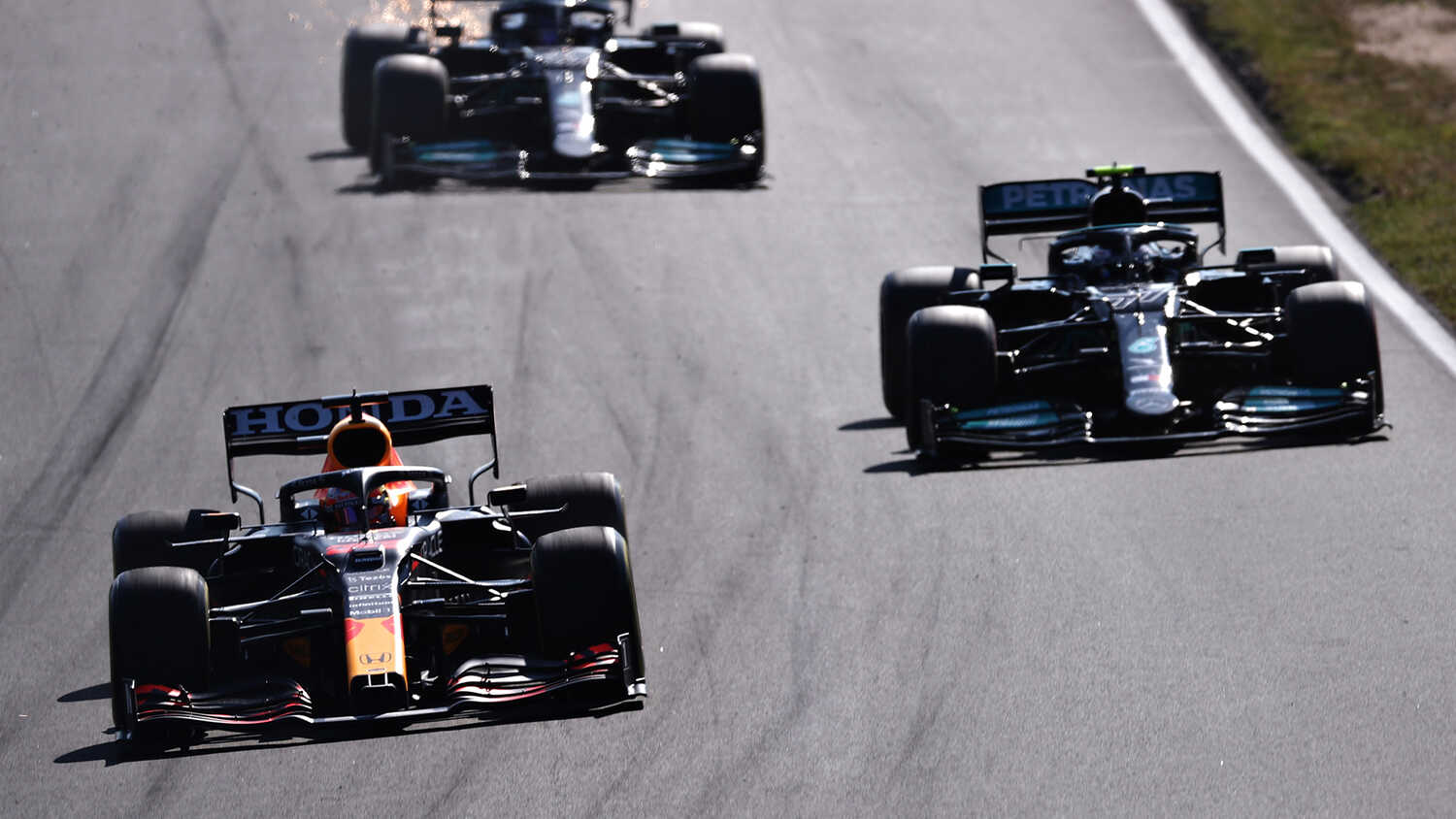 Mercedes Trackside Engineering Director Andrew Shovlin says there were no opportunities that the team let slip through their fingers as they Lewis Hamilton lost out to Max Verstappen at the Dutch Grand Prix.

Both times, Hamilton failed to move ahead, whilst Verstappen withstood the pressure to win his home event.

"The opportunities are the normal ones like getting off the line," Shovlin explained to RacingNews365.com and other select members of the press. "If that had been better, then it at least puts you in the driving seat.

"Looking at the stops, the problem was Lewis was having to push very hard to close up. We certainly seemed a little bit stronger on that Medium tyre and we could get that gap down a bit.

"We'll go through it as we always do. But I don't think there was a point where you'd say we could have won.

"Also, when you look at the gaps and when we were at our closest, it was too far for us to really run to the finish. But you've got to remember that Max has an element of management in his running and he can let those gaps shrink when you're not at risk and grow them when you are.

"We could see where he was pushing hard and I think in reality, there wasn't any big opportunity that we let slip through our fingers.

"I think it goes back to arriving here in better shape with a setup that's working well, completing the programme, getting all our homework done, and when we've checked all those boxes we're normally in a position to challenge them properly for the win."

Hamilton's weekend was compromised when he completed just three laps in the second practice session on Friday due to a problem in his car's oil system.

Shovlin feels Hamilton was always playing catch-up and did well to finish only by 0.038 seconds behind Verstappen in qualifying, despite being unable to fully focus on one-lap pace in the final practice session on Saturday.

"All we tried to do was put a bit of long-run work into Saturday because he hadn't really done any long runs,” said Shovlin. "Consequently, he'd also missed another opportunity to try that Soft tyre that you can't get back.

"But you've seen with all the red flags, it's very difficult to run the sessions as planned. Even his session on Saturday was impacted and even going into qualifying because we used the Medium [in Q1].

"Then we were on cold tyres because of a red flag going into Q2, it was quite late before we actually had a run where it was hot tyres out of the box that were fresh.

"We were just playing catch-up a bit and it was encouraging to see that we could get close, I know Max didn't have a perfect lap.

"But this weekend we've been a little bit behind the curve and trying to catch up, and we needed to get everything right to beat them."