Mercedes have given fans a treat by sharing an image that seems to show a concept of their 2022 design. 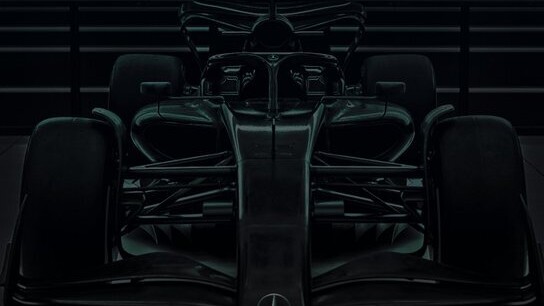 Mercedes have offered a New Year's Day treat to their fans by sharing an image on social media that appears to give a rough idea of what their 2022 car will look like.

F1 will introduce revolutionary regulations in 2022, with the cars set to look radically different as the sport moves onto a ground-effect-based philosophy in a bid to improve the racing.

This means the cars will be visually different, paired up with a switch from 13-inch to 18-inch wheels.

While concept images from the teams were released during the summer of 2021, as F1 revealed a physical model conforming to the regulations, the finished cars are likely to look quite different.

To that end, Mercedes released an image, captioned 'New year. New Me-rcedes' that appears to give an indication of what to expect when the W13 is launched in the coming weeks.

While the image was quite dark, a brightened version can be viewed below that better illustrates the concept Mercedes have revealed.