Several memebers of the Mercedes F1 team give their opinion on Nico Rosberg and how the German evovled during his time at the Brackley-based outfit. 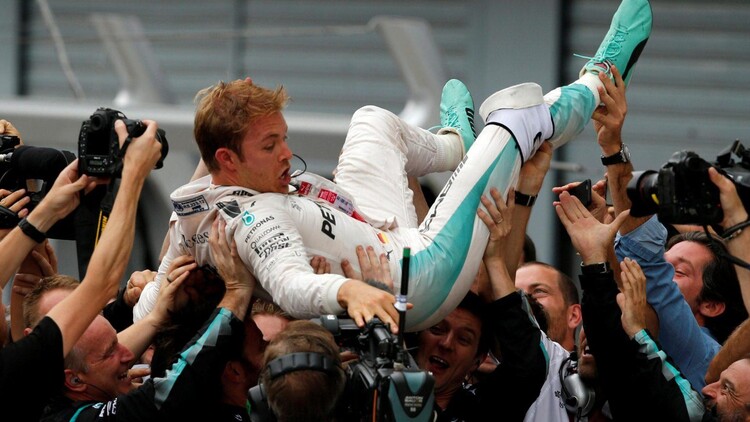 Key members of the Mercedes Formula 1 team offer their opinion on what Nico Rosberg's legacy at the team was beyond his 2016 championship.

Rosberg who raced with Mercedes since the team was founded in 2010, won a solitary championship with the Brackley-based squad before abruptly retiring shortly after. Despite this several crew memebers of the team say the German brought of a lot to the team especially with regard to his work ehthic.

"His work ethic was incredible, he learned a great deal from from Michael (Schumacher), said Ron Meadows, the sporting director of Mercedes on the Beyond the Grid podcast.

His collegue and the team's chief trackside engineer Simon Cole echoed his statements.

"He very astutely identified what the successful aspects of Michael's behavior were, which is, work hard, be nice to everybody, shake everybody's hand, learn everybody's name," Cole explained.

"If you give Nico 1000 laps, he slowly iterates towards an incredible performance level," Vowels said.

"He could continuously adapt and evolve if he had sufficient amounts of time under his belt. That doesn't mean he was poor in changeable conditions, just that's where his true strength lay."

Meadows then went on to describe how suprised the team was by the German's deicion to retire, concluding that the decision had to have been made due to some intense personal reasons.

"It was bizarre moment," Meadows explained.

"Even now, it's kind of quite hard to work out why he decided to ask to be released from his contract. Because even if he wasn't going to going to be Lewis again, he was in a in a good car, he'd be winning races, he'd be part of a team that was doing something amazing.

"But there must have been very personal reasons for it. And he'd obviously achieved what he wanted to. But yeah, big, big, big shock."