Mercedes' Andrew Shovlin has expressed some surprise at just how strong Lewis Hamilton has been to start the 2021 season. 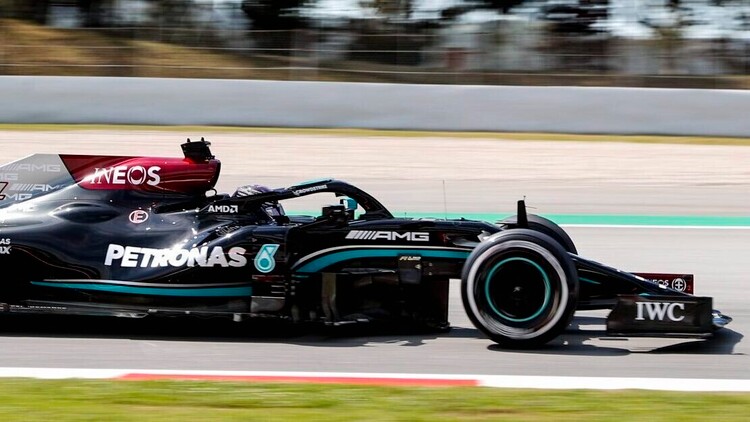 Mercedes' Andrew Shovlin is surprised by just how well Lewis Hamilton has started the 2021 season, with the British driver enjoying his strongest ever start to a championship.

Hamilton claimed his third win in four races on Sunday in Spain, to go along with his second place finish at Imola, meaning he has scored 94 points from a maximum 104 points possible.

With Mercedes not enjoying the same dominance so far as seen in previous years, Shovlin expressed surprise at just how good Hamilton has started the year.

"It does a bit. Yeah, it does a bit. He's doing a good job, isn't he?," Shovlin admitted to media, including RacingNews365.com after the Spanish GP.

"To be honest, in Bahrain winter testing, what you could see with Lewis was he realised that he and the team were going to have to be absolutely perfect to be able to go out there and win races. And you also realise that one bad test was not an indication to him that this might be a championship he's not in the running for."

With Red Bull claiming victory at Imola, and Max Verstappen leading the most amount of laps so far this year, Shovlin explained that Hamilton's high points score is unusual in light of the strength of the competition.

"It surprises me that stat because you know, this is the least competitive margin that we've had for a number of years," he said.

"But what I would say is he has arrived in a frame of mind that is just about maximising every little opportunity be it on track, be it on the setup be it on how we approach the weekend. And he brought that to Bahrain, and we haven't seen it wane at all since."