Mercedes reveal how they hoped Turn 1 would unfold in Mexico

Mercedes have explained how they had hoped the first corner in Mexico would play out for them. 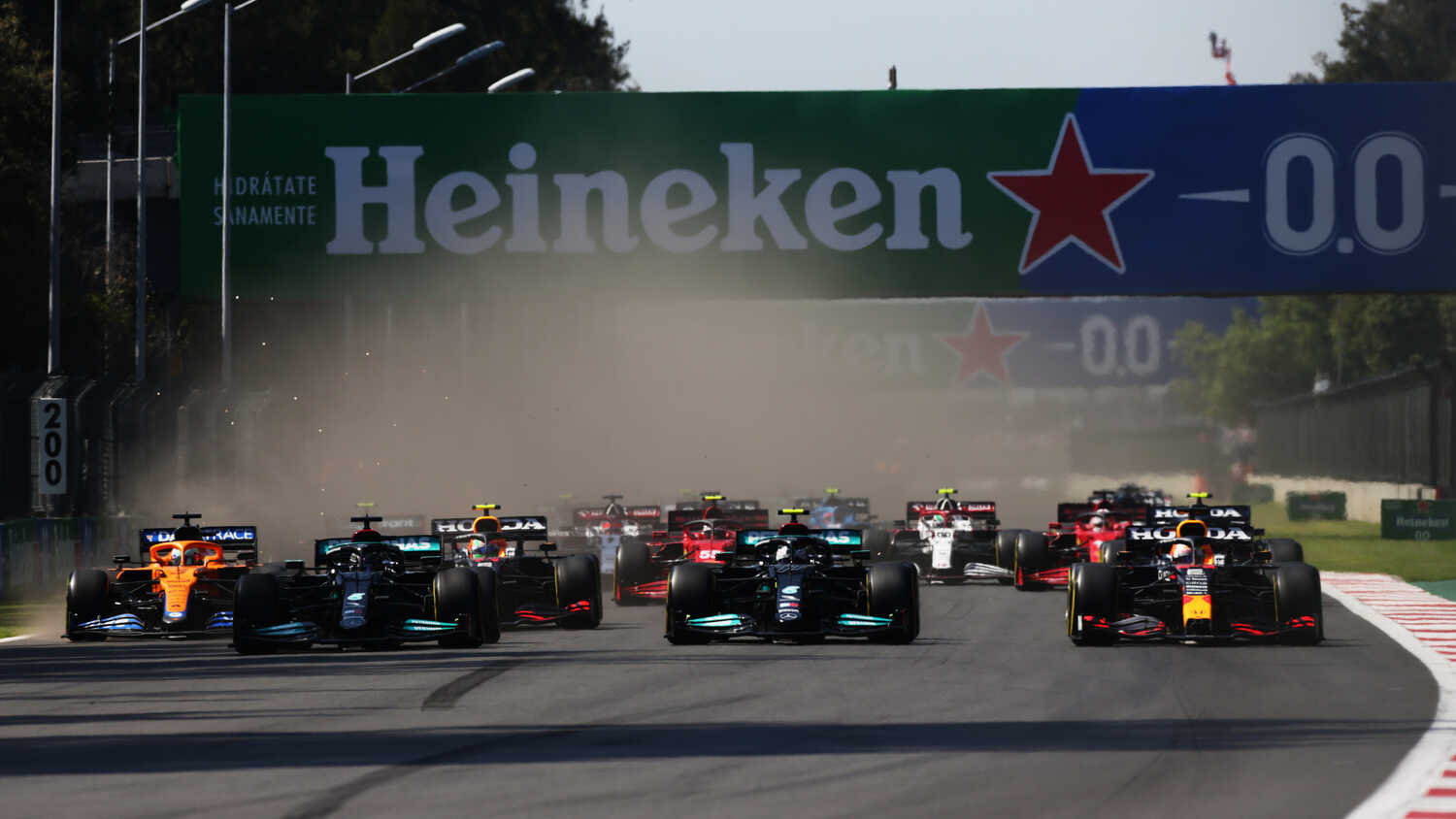 Mercedes have revealed their planned strategy for approaching Turn 1 at the Mexico City Grand Prix.

Locking out the front row of the grid with Valtteri Bottas and Lewis Hamilton, that advantage came to nothing as Red Bull's Max Verstappen slipstreamed them into Turn 1 from third, before outbraking both Mercedes drivers and claiming the lead.

Hamilton would go on to finish a distant second, with Bottas down in 15th after being clipped by McLaren's Daniel Ricciardo at the first corner.

Mercedes' Strategy Director, James Vowles, has explained what the team's plan of action had actually been prior to the race.

"For Valtteri, if he had a good start, he was going to let Lewis tow along behind him and make sure that he covered off that threat from Verstappen," he explained in the team's official Mexico City Grand Prix debrief.

"The starts, as they turned out, were that Valtteri had a slightly worse start than both Verstappen and Lewis. Not a lot, round about four metres or so, but it was sufficient that Lewis wasn't able to tuck up behind.

"More so, Verstappen's start being good meant he was alongside Valtteri very, very quickly. The result of that is they ended up three wide incredibly quickly and early on during the run down into Turn 1. Now, it was just a question of braking.

"Valtteri wasn't on the optimal line and nor was Lewis. The grip on the right-hand side of the circuit is slightly worse than where Verstappen was on the racing line. Even so, the differences in braking should have been a few metres, not perhaps the difference that you saw.

"Ultimately, the drivers braked where they thought they could. If you saw Verstappen's comments afterwards, it is quite clear that he was going in there guessing and hoping for the best and it worked out for him."

Vowles went on to explain why the first corner at the Autodromo Hermanos Rodriguez proved such a challenge for both drivers on the opening lap, saying that it was essentially a completely guess as to when to brake.

"It's the fastest approach speed of any circuit on the calendar," he said.

"So, the speed that you enter into Turn 1 is faster than anywhere else, faster than Monza, faster than Sochi even, which has a longer run down to Turn 1 but not the same straight-line speed.

"The drivers get one chance at it, one practice effectively, as you go in off the race start; that's the first time they will experience that, and they have one chance to get it right.

"They do laps to the grid where they leave at the end of the pit lane and do a start and approach to Turn 1, but you are on a different vector, a different speed, you are starting on the right-hand side of the circuit, so it's not really the same thing.

"As a result of that, the drivers have a feeling of where they are going to be braking to get the optimum performance into Turn 1 to not lock up, to not go wide across the grass and to get the car turned in.

"But, ultimately, to a certain extent it is a guess. It's an educated guess, but a guess all the same."