The Mercedes team have given fans a glimpse of some major factory upgrades, with the Brackley-based squad set to replace their race bays after more than 20 years. 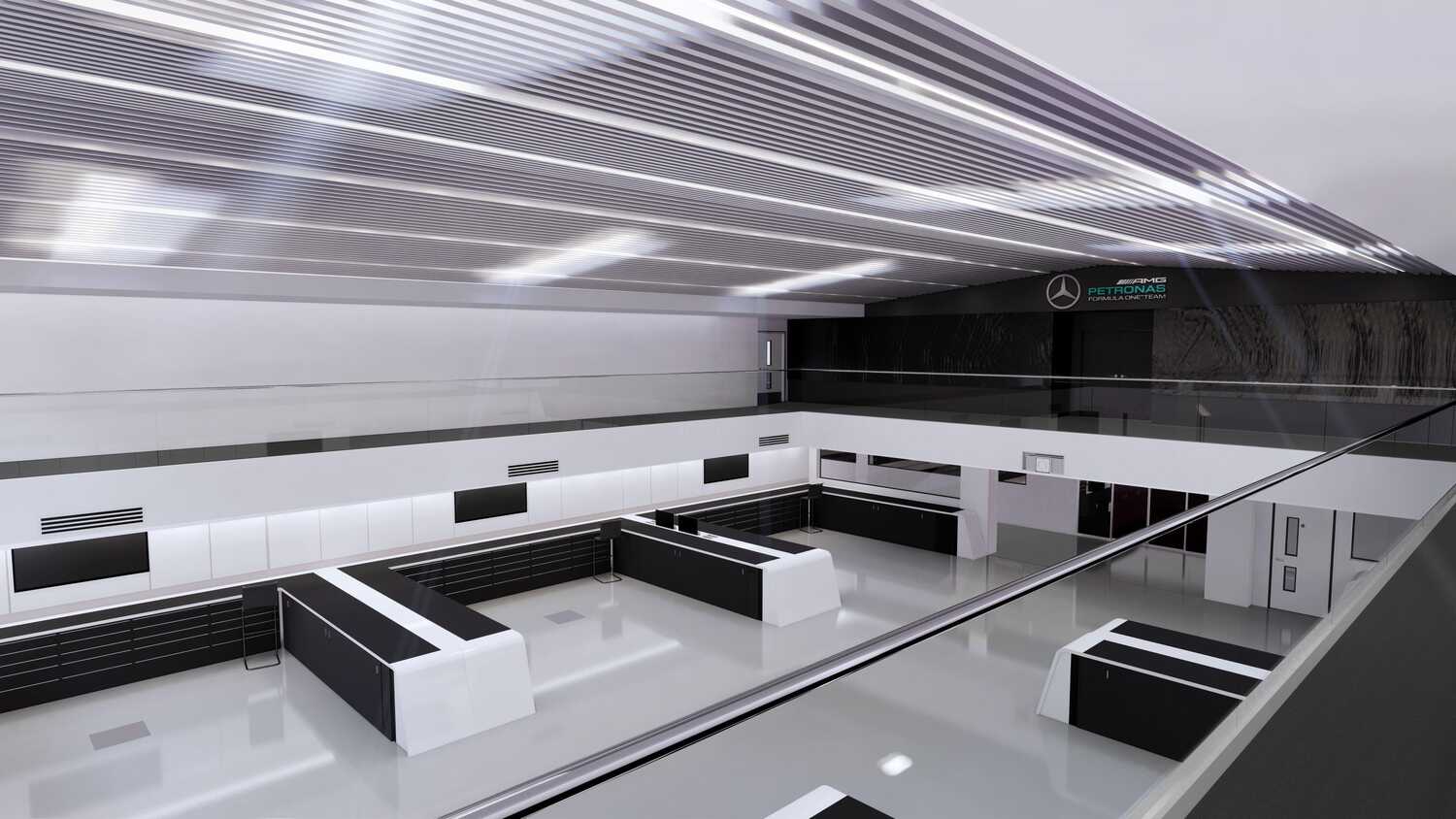 Mercedes have used their current race bays since back in 1999, when the team was under the British American Racing name. Now the World Champions are getting ready to say goodbye to the old facilities and make way for a new state-of-the-art addition to the factory. This week the team’s social media followers were given a preview of the upcoming renovation, with digital images showing what the race bays will look like.

“A wise person once said ‘If you’re not moving forward, you’re falling back!’,” Mercedes captioned the pictures on their Twitter account. “And as one chapter in the Team’s history comes to an end, a new and exciting one starts.”

The team announced that the transformation will be taking place within the next few weeks and reflected on the success they have achieved in the old race bays. A twitter image of the facilities was accompanied by the statistics: “Since 1999, the cars built in these race bays have scored 115 wins, 253 podiums, 126 poles, 79 fastest laps and 57 one-two finishes.”

Mercedes also reflected on the more difficult moments that the team have endured in the soon-to-be-replaced race bays.

“These race bays have seen it all over the years,” further images were captioned. “From the euphoric highs, to the deepest lows, to the moments of hope and the moments of head-scratching and “where-do-we-go-from-here?” We've gathered there as a Team, in both troubled times and in celebration.”

Mercedes have been based at the Brackley factory since the name returned to Formula 1 in 2010, replacing its former guise as Brawn GP, and they will undoubtedly be hoping to continue their phenomenal run of success in the new race bays. The team have won consecutive constructors’ and drivers’ world titles since 2014.

Team principal Toto Wolff will once again lead Mercedes into the 2021 F1 season, having recently agreed to extend his stay until 2023.