It's not every day that a Formula 1 car lands on top of another. How much damage did Lewis Hamilton's Mercedes suffer in the crash with Max Verstappen at the Italian Grand Prix? 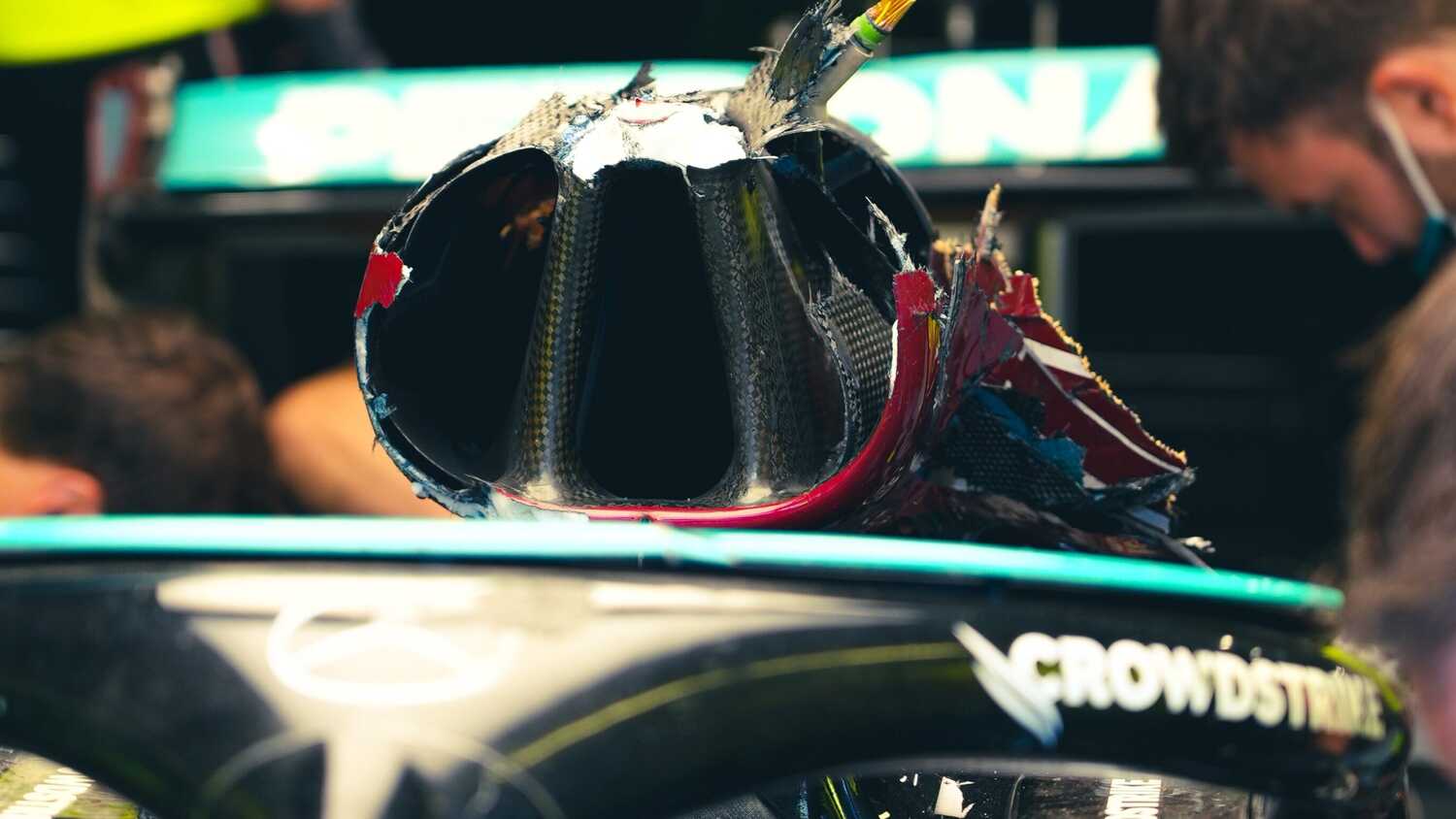 Lewis Hamilton's Mercedes took a beating when Max Verstappen's Red Bull ran over it in the Italian Grand Prix.

Although the damage to the car is still being assessed, it does not seem to be too severe, and not such that an immediate grid penalty is a risk.

In Mercedes' usual video debrief, Trackside Engineering Director Andrew Shovlin details the damage to Hamilton's W12: "We had a bit of time with the car before leaving the circuit, to make a quick assessment.

"The rear wing is quite badly damaged. You could see how far that got bent over during the crash. There's a bit of superficial damage around wings and floor."

"Most of the impact was taken around the roll hoop area and the Halo itself, so that came off quite badly," Shovlin continued, indicating that the engine was probably spared, though: "A quick look at the PU [power unit] looks OK.

"The gearbox, we'll have a bit more of a look into that when it gets back here [to the factory]. But as I said, most of [the damage] was limited to the Halo and the roll hoop area."

Incidentally, if Mercedes were to discover that the gearbox had suffered irreparable damage, this would still not be a concern for the team.

According to the rules, a gearbox should last six Grands Prix, but after a crash or retirement teams are allowed to change it without receiving a penalty.

Asked about the 'damage' Hamilton himself has suffered, Shovlin says that the seven-time World Champion is fortunately OK: "I'm pleased to say he is doing well. He has a sore neck – you'll have seen in the photographs just how far he got pushed forward during the incident.

"He's got a bit of time to recover. He's got Angela [his physiotherapist] with him, she'll be looking after him as she does, so we're hoping we'll see him in Russia fighting fit."

Watch the full video debrief below.