The 2021 Formula 1 season is only two races in but Mercedes are wasting no time in fine-tuning the W12. The team introduced a new diffuser at Imola as the battle with Red Bull rages on. 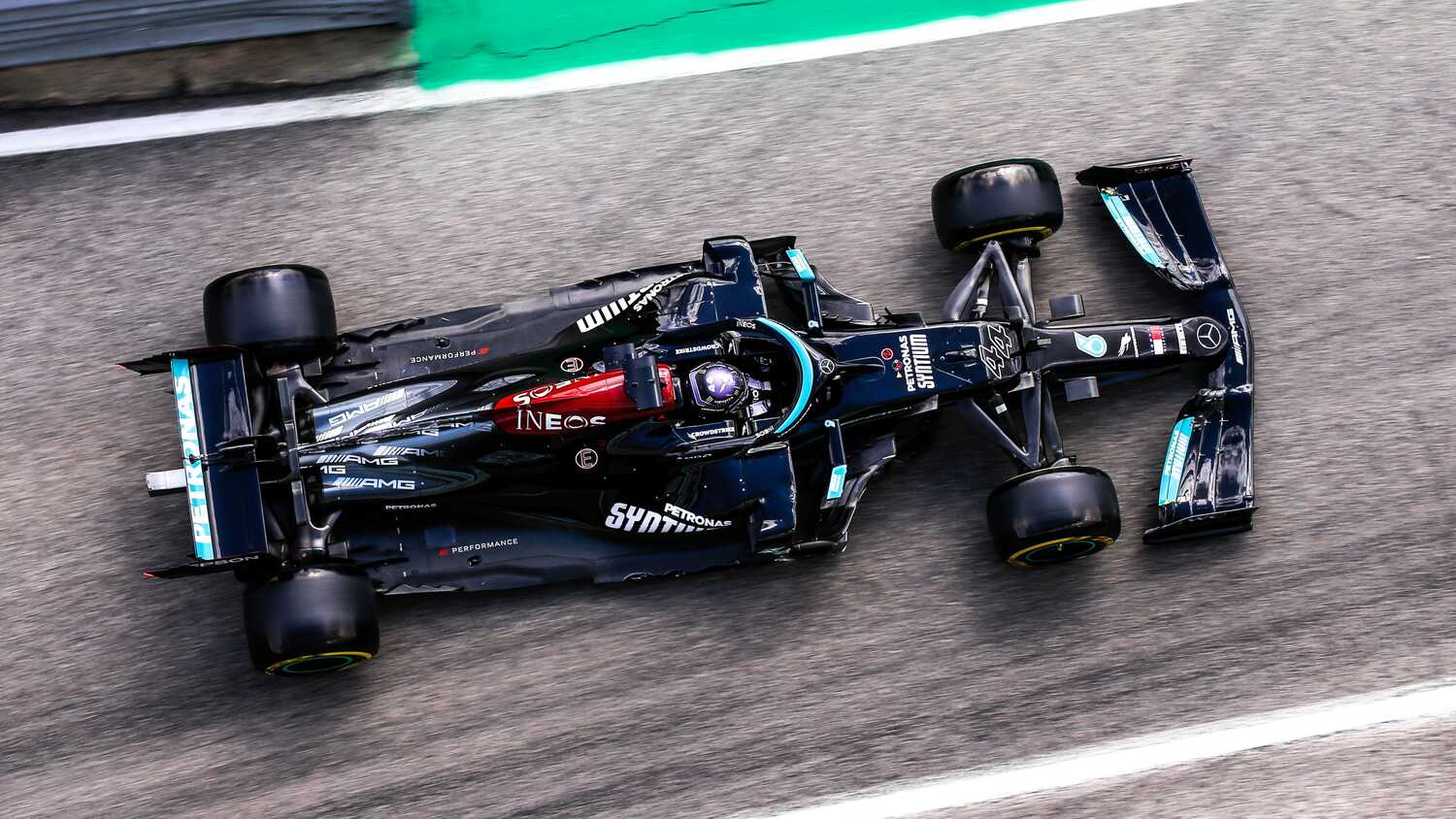 Mercedes continue to work on clawing back some of the downforce lost as a result of the 2021 F1 regulations, with the team adding a new diffuser to the W12 at Imola.

The Silver Arrows have already had to revise the rear suspension in the car compared to last year's W11, as the team look to continue the battle with Red Bull. All signs point to Max Verstappen and Lewis Hamilton going head-to-head for the entirety of the season, and Mercedes are wasting no time in fine-tuning their car to try and get the upper hand.

"The most obvious change to the diffuser is that the strake outboard of the central section has been totally re-shaped, with a ramped lower profile rather than the previous step arrangement seen in Bahrain," wrote Mark Hughes on Formula1.com. "These strakes – which have been shortened by 50mm as part of the 2021 regulation changes – channel the air coming through the diffuser’s expansion ramp, helping keep it attached as it speeds through from the low-pressure area of the floor ahead.

"The strakes keep the flow aligned, and prevent it from dispersing laterally because of the different pressures acting upon it across the width of the diffuser. If the flow stalls on one part of the diffuser, without the strakes that stall would migrate across and spread the stall. The re-shaped strake will have been found to be more effective in keeping this flow aligned at the various ride heights and speeds the car sees."

Another change with the diffuser was evident int the central section.

"An additional detail apparent on the Imola diffuser was the opening up in Friday practice of two channels at the bottom corners of its central section," Hughes continued. "In Bahrain these were blanked off all weekend but clearly still there.

"At Imola they ran blanked again from Saturday onwards. They appear to be channelling air from the floor around the gearbox and directing it here."