Mercedes' gains leave Hamilton confused: I don't have an answer for it

Lewis Hamilton described Mercedes' front-row lockout for the Mexican Grand Prix as "a real surprise and a shock". 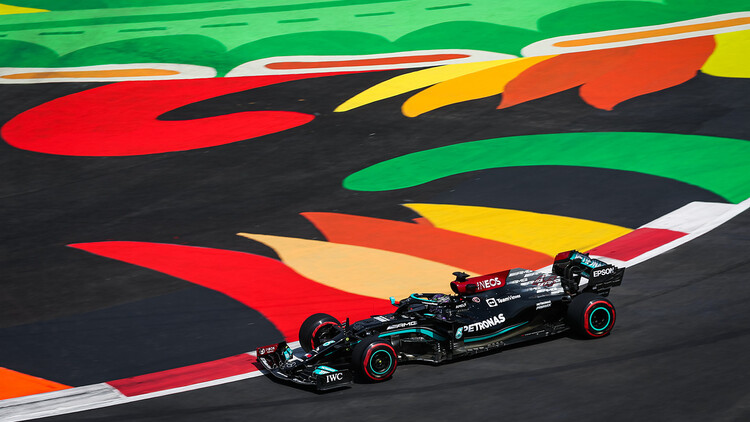 Lewis Hamilton was left without an explanation for Mercedes' sudden upturn in pace during qualifying for the Mexican Grand Prix, as the team locked out the front row of the grid ahead of rivals Red Bull.

Red Bull had dominated Saturday's final practice session at the Autodromo Hermanos Rodriguez, with Sergio Perez and Max Verstappen finishing around half a second clear of the Mercedes drivers.

But Mercedes made a huge step forward in qualifying, which team boss Toto Wolff put down to them simply unlocking the potential of their car amid rising temperatures, enabling Valtteri Bottas to claim pole position ahead of Hamilton.

"A real surprise and a shock"

Hamilton was delighted to get the better of the Red Bull drivers, whose final laps were hindered by Yuki Tsunoda's slow-moving AlphaTauri, but was unable to explain Mercedes' improved performance.

"From P1 onwards, we've generally been behind [Red Bull] by around half a second," Hamilton told media, including RacingNews365.com.

"Through the whole weekend, [we've been] working away at trying to improve the car, extracting as much as we can from it, but knowing that they've generally got higher downforce than us – they've got a bit of a bigger wing that they use in places like Monaco.

"We've struggled in certain parts of the track, so it's a real surprise and a shock to us to see that we're on the front row. I don't really have an answer for it, but I'll take it, for sure.

Hamilton added that there were no dramatic changes in setup to achieve the 1-2 starting positions.

"No, nothing radical – we rarely do that," said Hamilton. "It was just small tweaks.

"To be honest, I really struggled. I didn't really like the setup with the car today. It was good in P3, but I struggled with it in qualifying."

Asked about his hopes for the race, Hamilton said: "All our results over these past practice sessions have shown that we're behind. We're around three-tenths [slower] on a single lap, but then also in race trim.

"So, who knows? I think track position is pretty important here. We'll work as a team to try and battle that and keep it."