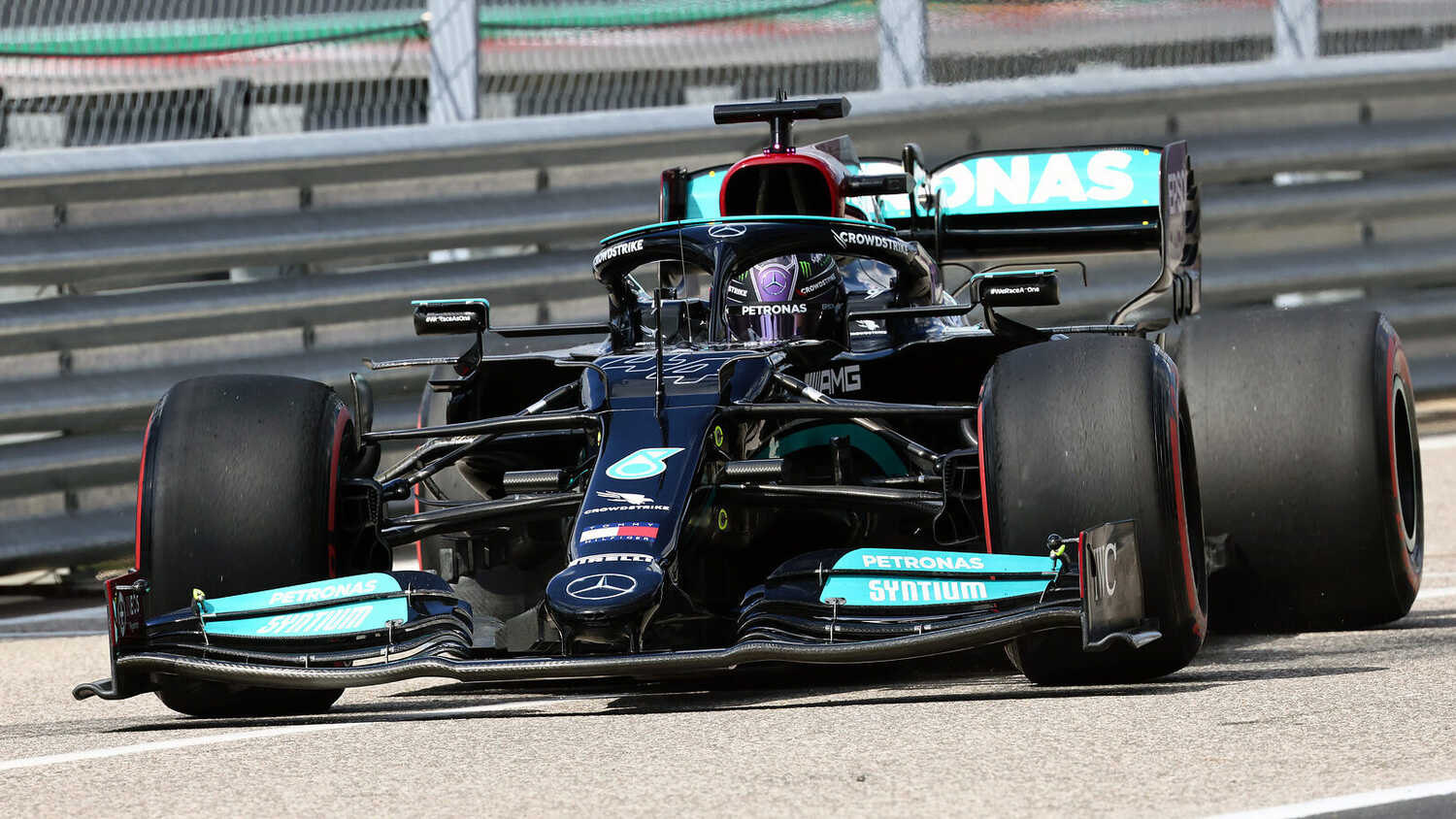 Mercedes have explained why they didn't try to pre-empt Max Verstappen's early pit-stop in the United States Grand Prix.

After taking the lead of the race with Lewis Hamilton at the start, Mercedes were caught out by an early pit-stop from the Dutch driver.

Verstappen was able to keep his Red Bull within DRS range for the entirety of the opening stint on the Medium tyre and, with degradation quite high, he dived into the pits at the end of Lap 10. Immediately showing strong pace on Hards, Verstappen's outlap pace prevented Mercedes from responding immediately. Hamilton ended up staying out until Lap 13 as his team realised they had lost position to Verstappen due to the undercut.

In theory, Mercedes could have tried to pre-empt Verstappen's pit-stop and switched to the Hards even earlier, but have explained why they didn't take that option.

"It is always a trade-off between stopping early in terms of the traffic behind you and not running out of tyres before the end of the race. In other words, optimising your stints," explained Mercedes' Head of Strategy, James Vowles, during the team's debrief of the United States GP.

"The fastest two-stop race is actually stopping round about [Lap] 14 or 15. So anything you are doing shorter than that is costing you race time, is making the entire race slower. Now, that may not matter as long as you have track position. Stopping where they did on Lap 10 is clearly a compromise, but they obviously were very, very quick.

"On that first stint of the race on the Medium tyre, we had Verstappen seven-tenths behind us all stint and we were degrading quite quickly. What that means is you don't have certainty that the Hard tyre was going to be much different to that and you are trying to predict forward how the Hard tyre will perform.

Vowles explained that the gap to the cars behind simply wasn't enough to try pitting any earlier than they did, given that they would have come out behind a McLaren.

"The reason for us not stopping that early on is twofold," he went on to comment.

"The second is, Red Bull would have then gone very long, as we did, but they did have two cars, so they didn't have the pressure to then stop and they were fast on that first stint on Medium, and that could have made us into a very compromised position later in the race.

"So, from our perspective, we knew the early stop was good and we had highlighted that just the lap Ricciardo pulled out of our window, which probably would have been Lap 11, would be the right point, but what Red Bull did was take a gamble. They didn't mind if they had to convert to a three-stop, ultimately Verstappen would have finished second anyway, but we did."

With Red Bull having the luxury of two cars behind Hamilton, Vowles said that they were concerned about falling behind Sergio Perez, a possibility if they had tried to extend their tyre stints.

"That would have put us behind Perez," added Vowles.

"So, ultimately, it's a balance between making sure your first stint is long enough, that you are not dropping off the tyre curve on stint two and stint three because a team that can go longer than you will ultimately beat you if they have car pace.

"Another decision point in the race is whether or not we could have aggressively undercut Red Bull on stint two of the race. Verstappen was just over three seconds ahead and the answer to that is, it was very marginal, but we had highlighted that the undercut wouldn't be enough.

"If we were to stop, they will cover us the next lap and Lewis will still end up in P2, but now you have lost all tactical options because both cars were on the same stint to the end of the race.

"So, we had decided that our best opportunity was to force them in or if we can get within two seconds we'll go for the undercut. That didn't happen, Verstappen stopped, and the rest is history."