With F1 switching to completely different technical regulations for 2022, McLaren have explained some of the additional challenges that the pit crews will have to worry about with such radically different cars. 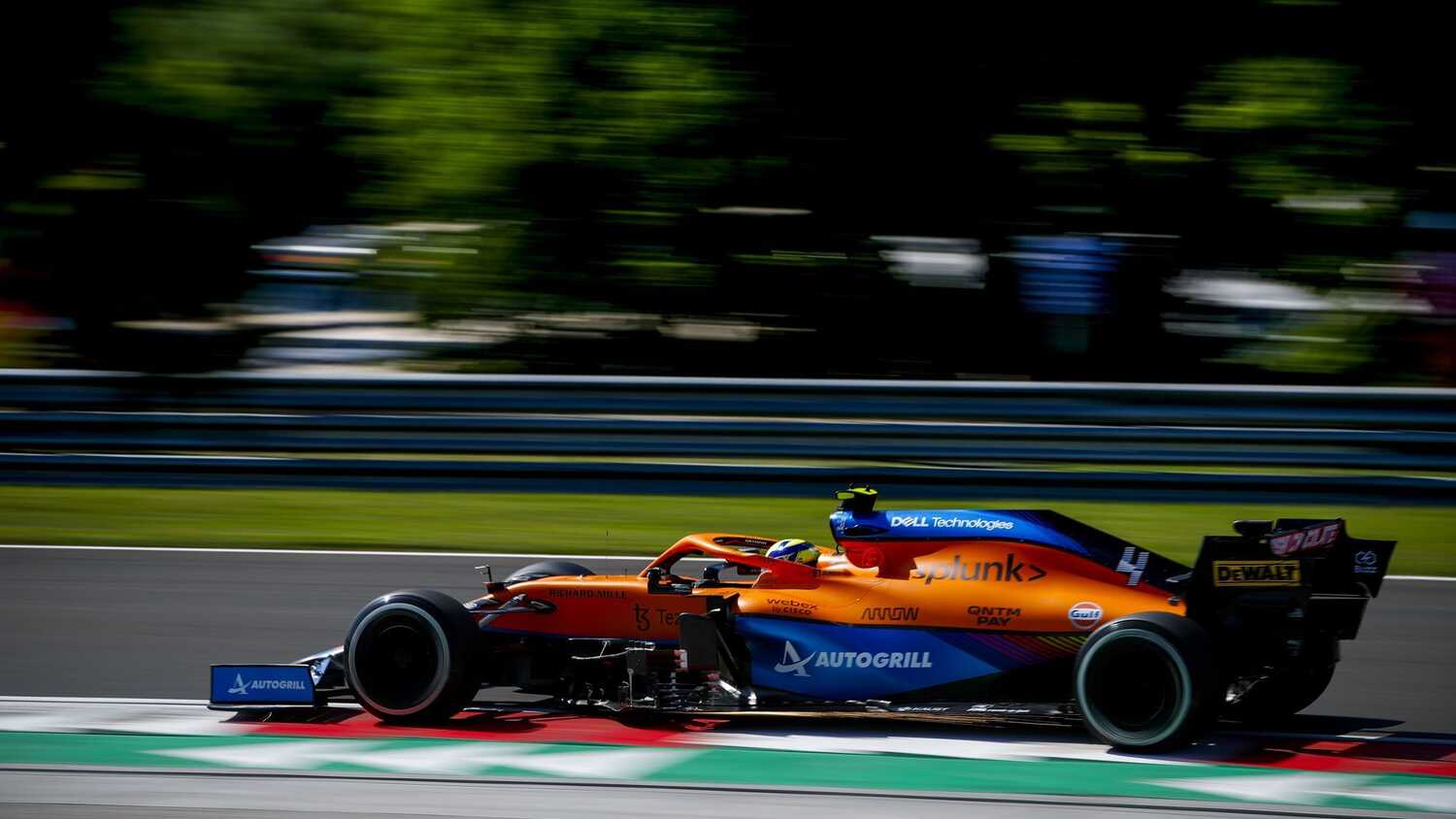 Formula 1 will introduce a huge raft of technical changes for 2022, with next year's cars set to look very different to the ones on track this year.

The move represents a huge test for the teams but one hidden challenge is that of pit-stops. With a switch to 18 inch wheels incoming, as well as aero devices in the wheel area, pit crews will have to adapt to a very different experience to what they're used to at the moment.

McLaren's James Key explained to media, including RacingNews365.com, some of the challenges that the team have identified ahead of next season.

"I think there's an element of adaption, to be honest, on the pit-stop side," said Key, McLaren's Executive Director, Technical.

"It will have an implication. Obviously the wheel assemblies are different shapes, and heavier, so that's going to be a human-to-human thing to get used to really."

A real-world model of a car conforming to the new regulations was rolled out at Silverstone, with Formula 1 showcasing the future of the sport over the British Grand Prix weekend. Key says this helped with visualising some of the areas that offer more difficulties for the pit crews.

"We've also got different surfaces in that area as well, you see on the demonstrator car, you've got these, what are termed as, mudguards," Key explained.

"They're not mudguards, obviously, they're aerodynamic devices, but they look like mudguards over the front wheels. They won't get in the way, unless you're slightly misplaced. They certainly put an obstacle in the way of one of the guy's arms, who is replacing the front wheel or removing it.

"The drum surfaces are also different as well. And they're all prescribed geometries. So they're geometries that everyone will have. But they represent different challenges. I think brake drum geometries, for example, now are unique to each team, and they do play their role in how efficient your wheel on condition is, for example.

"So we've all got exactly the same lessons to learn here, but some of it will be human."

The switch from 13 to 18 inch wheels also means increased weight. As such, the highly practiced art of the pit-stop will now need to be refined with a completely different wheel weight.

"With those heavier wheel rims, some of it will be technique. And so choreography, almost, between the players on how we adapt to the fact we've got different surfaces," added Key.

"Beyond that, as other challenges of pit-stops, the cars are heavier, the front wings are going to be very different... they're sticking out in front of the nose now, they're less well supported than perhaps the wings we are used to, so how are you going to get your front jack to work?

"There's many other stories here for these new cars that need to be figured out still. But there's obviously a lot of background discussions. Undoubtedly, there'll be some prep work, factory based prep work to do with that as well, so we hit the season with the best chance possible of getting it right."