McLaren boss Brown: This is an insane win for us!

In an exclusive interview with RacingNews365.com, the McLaren CEO said he couldn't believe Daniel Ricciardo won the Italian Grand Prix, with Lando Norris in second place. 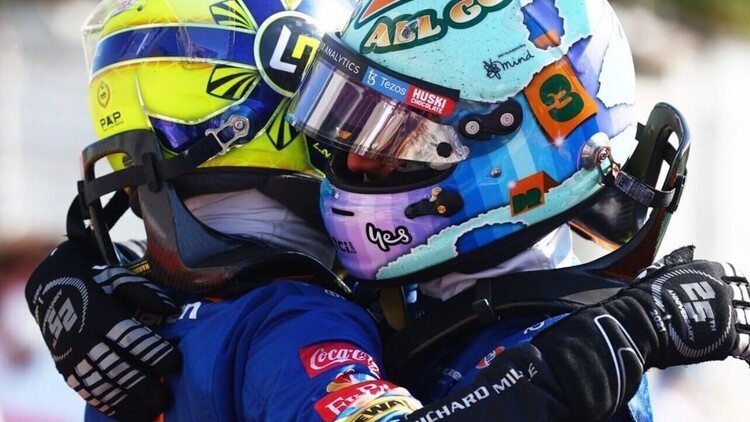 McLaren CEO Zak Brown has described Daniel Ricciardo's victory at the Italian GP as "insane" after the team won their first Formula 1 race in nine years.

Ricciardo led most of the Italian Grand Prix on his way to his eighth F1 win, with teammate Lando Norris in second place on a sensational day for McLaren.

"This is an insane win for us!" Brown told RacingNews365.com.

"It's one that we didn't see coming, especially because you don't want to believe in it too much, because we knew we were strong over the weekend. But I wouldn't have wanted a lot of money on a P1 and P2!

"We win here on our own power and speed and then we also finished with a 1-2, which makes it really great."

Sunday's race at Monza ended McLaren's nine-year streak of not winning in F1, which dates back to the 2012 Brazilian GP.

Brown says the team are now "reaping the benefits" of their hard work and have backed Ricciardo all year despite a difficult period for the Australian earlier in the season.

"This is the culmination of the work we have done with the team over the past five years and today we are reaping the benefits," said Brown.

"We have always had confidence in Daniel and we knew he could win a Grand Prix for us, because he has won Grands Prix before.

"He just had to get into his rhythm this season and he's been there since Spa, so hopefully he'll keep going like this."