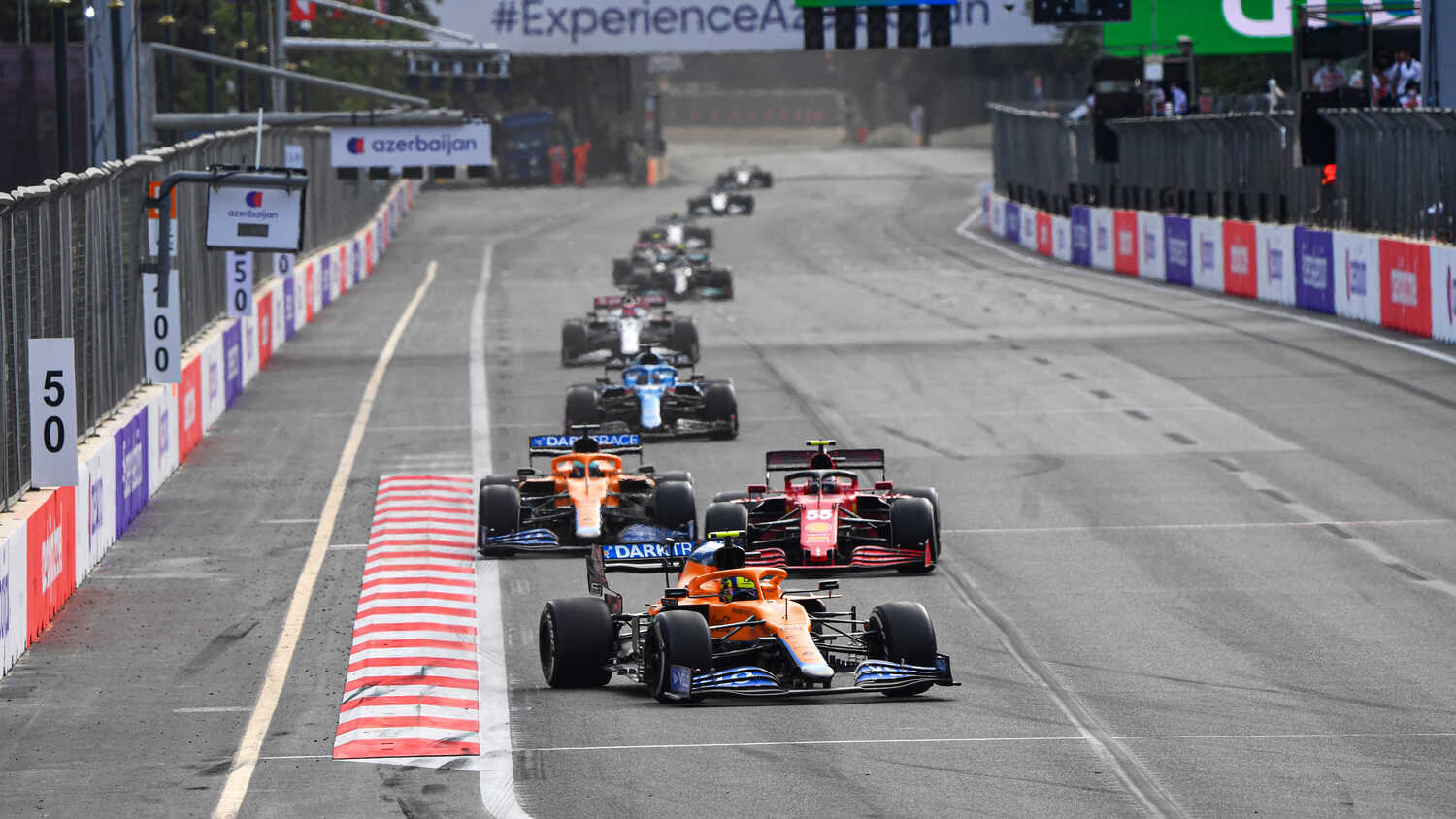 On the TV broadcast, McLaren team manager Paul James was heard complaining about Yuki Tsunoda who allegedly failed to slow down under the yellow flags. Race director Michael Masi responded saying all drivers had been speeding and therefore if one was to be penalised, they all should be.

"It’s clear what you have to do as a driver when you go through a double yellow flag and you go through an incident and you see the car on track,” Seidl told RacingNews365.com and other select members of the press.

“From our point of view, things were happening there which were clearly not okay. Also, putting it into the context of what we got a penalty for, for example on Saturday.

“But that is all we can do. We can only report it and if the race director thinks there is no investigation required because everyone is doing it – which is something we strongly disagree with – you need to ask Michael Masi what he is after then.”

Part of the controversy was Masi's hesitation to call for a safety car at the Azerbaijan GP. Earlier in the race, it took 30 seconds for a safety car to be called for Lance Stroll's heavy crash whilst it took twice as long for Verstappen's equally huge shunt.

“That’s a joke, that’s a joke,” Charles Leclerc told Ferrari on the team radio in response to a message they were still racing after passing Verstappen’s crashed car.

“Put the f***ing safety car out straight away, why are they waiting?"

Despite not agreeing with Masi's late-race Azerbaijan decisions, Seidl praised the Formula 1 race director when asked if he was doing a good enough job.

“In general, we are very happy with the job Michael is doing, which is a very difficult job,” said Seidl.

“The most important things from our side is transparency, consistency and a good dialogue, which we usually have with him.

“Of course, there are situations from time to time when you disagree. That is normal. We are on the competitor’s side, he is on the FIA’s side.

“But I guess if you look back now at the time since he took over, I think he did a great job.”