McLaren boss calls for review of rule awarding half points

The fallout from the Belgian GP continues with McLaren's Zak Brown calling for changes after what he described as a "disappointing day". 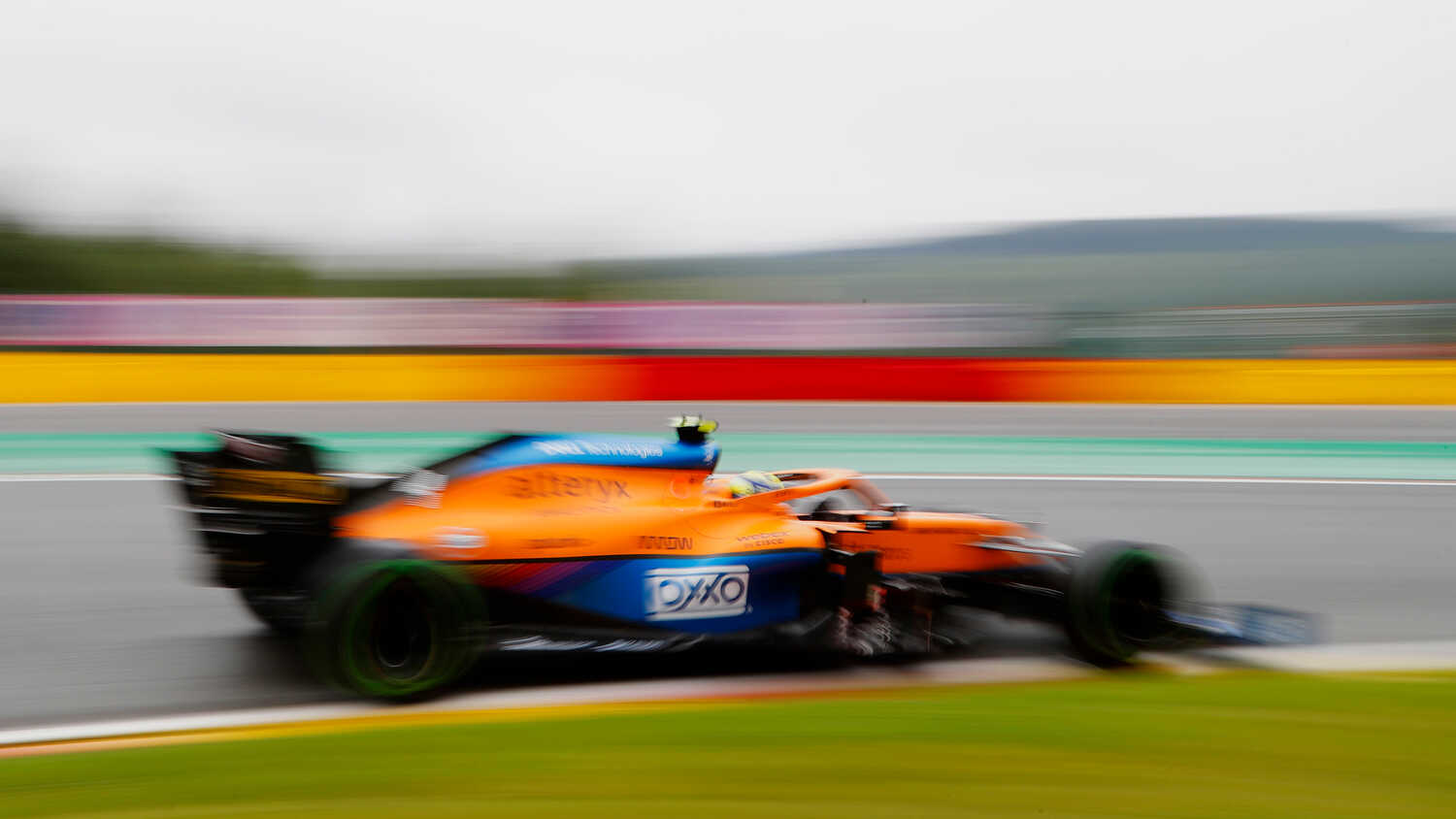 McLaren CEO Zak Brown believes F1 must work on finding a better solution in order to a void a repeat of Sunday's Belgian GP.

The race was delayed by three hours in hopes that the rain would let up and some action would take place around Spa-Francorchamps. That wasn't the case, however, as drivers ultimately completed just two laps behind the Safety Car before the red flags were waved.

With the current F1 sporting regulations stating half points will be awarded if a minimum of two laps are completed, Brown backed the decision not to race, though he wants the rule that dictates when a result can be declared to be reviewed.

"The FIA did everything they could to put on the race. They can't control the weather. They do need to put the drivers safety first, the conditions were not raceable.

"The regulations state after you do a few laps, it can be called a race. I think that needs to be reviewed. I don't think there's anyone that would argue that the weather was safe to race in, but we need a better solution as a sport.

"When that type of situation happens, the outcome should not be a race after three laps, behind a Safety Car.

"That is what the rules say, but I think that now needs to be reviewed, by all of us, to learn from today and realise if we are getting this type of situation, what would we do differently to make sure the outcome is that everyone gets their racing – whether that's the following day, whether it's coming back.

"It's quite complicated with the schedule, but I don't think anyone would say it felt right calling that a race. So we will get to work on this and hope that something like this doesn't happen again."

With the Belgian GP done, teams and drivers will now switch their focus to the Dutch GP this weekend as Zandvoort returns to the F1 calendar for the first time since 1985.