The battle between Lewis Hamilton and Max Verstappen will continue in Spain this weekend. The Brit enters the weekend eight points up on his championship rival, though Helmut Marko doesn't think the Mercedes driver is without fault. 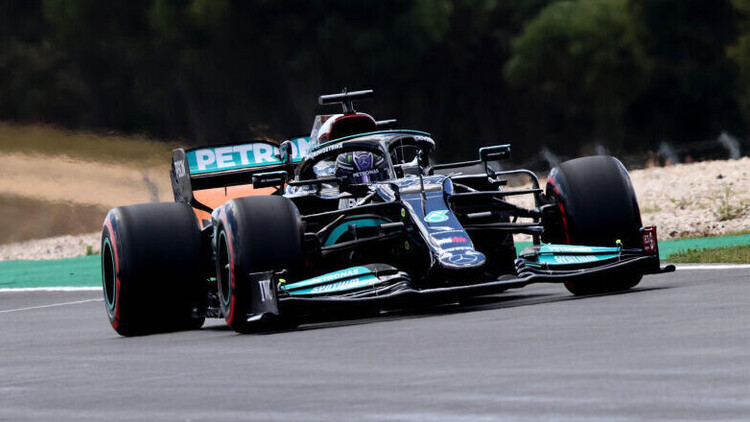 Helmut Marko doesn't believe Lewis Hamilton is an overpowering driver, though he does believe the Mercedes star holds the slight advantage over Max Verstappen when it comes to temperament.

The two drivers are set to resume their battle in Spain this weekend with the Brit entering the fourth round of the F1 season with an eight point advantage over the Dutchman. Marko believes Hamilton isn't immune from making mistakes, though he's been aided by the fact that he's a bit more hardened compared to the more impatient Verstappen.

"In Hamilton, Mercedes has a driver who is not overpowering but incredibly strong and who can get more out of himself," Marko told F1-Insider.com. "When he sees an opportunity, he takes it. We can win when everything goes perfectly, but that wasn't the case.

"Hamilton also makes mistakes, you saw that at the restart in Portugal. But the consequences of his mistakes are smaller - like in Imola, that can be called luck at most. One thing is certain: Hamilton is even more hardened. He can wait for his chance. Max, it has to be said, is rather temperamental in character. Or to put it another way: more impatient. At the moment, that's working somewhat in Hamilton's favour."

Verstappen saw a chance at victory in Bahrain ruled out after exceeding track limits while passing Hamilton, while his fastest lap in Portugal was also deleted for the same infraction. Marko stated that the Dutchman is talked to about his mistakes when the time is right.

"Of course we talk about the races," Marko added. "Immediately afterwards he's too charged up, he's not yet amenable to such discussions.

"But if it's clearly evident that things could have been done differently, then he definitely recognises that. That is also discussed, not publicly and at the right time."