Leclerc wishes he was battling with Verstappen for F1 title

Ferrari haven't won a race since the 2019 Singapore Grand Prix, and while Charles Leclerc believes the team are heading in the right direction, he isn't shy in stating he wishes he was battling for victories and titles in the present. 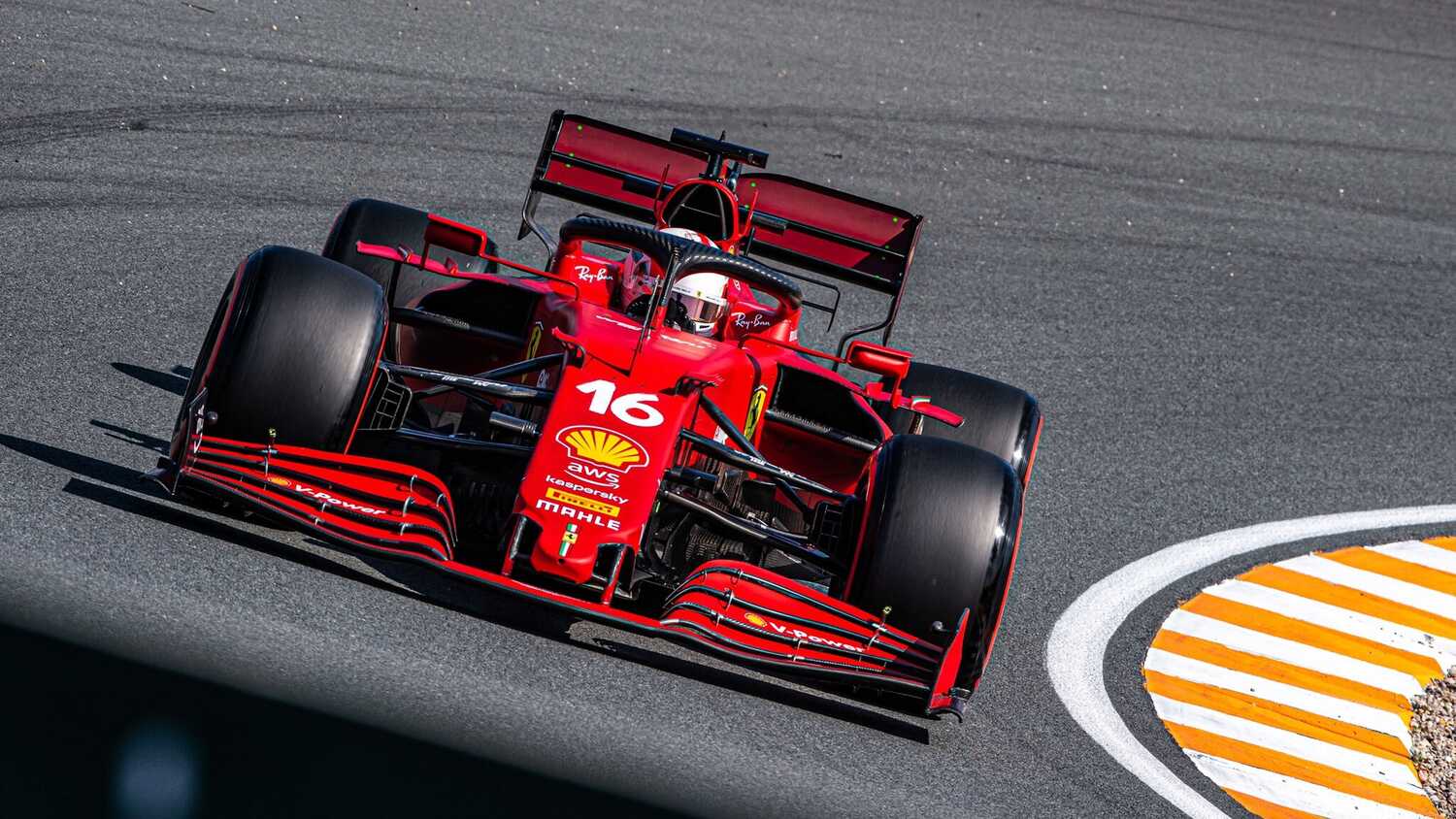 Charles Leclerc admits he wishes he was up there fighting with Max Verstappen for the F1 World Championship, however the Ferrari driver is confident the team are heading in the right direction to make that a reality in 2022.

After a successful race in the Netherlands last time out, Formula 1 heads to Monza this weekend for the Italian Grand Prix with the Tifosi no doubt ready to cheer on Ferrari at their home race.

Ferrari have improved this year, after a disastrous 2020 campaign, though they're still trailing the likes of Red Bull and Mercedes.

Leclerc admits he misses battling for race wins, stating that he wishes he was competing with championship leader Verstappen for the title.

"I miss racing at the front," Leclerc told Sky Sport Italia. "I wish I was up there with Verstappen, he's shown he's ready to win and is leading the championship.

"It would be great to see a youngster win the World Championship, but I am focused on myself. I want to win, so I don't really pay attention to others."

Leclerc knows a win is unlikely this weekend, however he is optimistic about Ferrari's future and believes the team have the right motivation to once again make them a contender.

"I've always viewed Ferrari as my dream even if we aren't at the level of the other teams in terms of winning," Leclerc added. "The only thing that makes me dream is winning.

"It will be difficult to do that this weekend, though anything can happen. We also have the Sprint Qualifying, so who knows.

"We are fighting for positions that don't give us a lot to dream about, but we are confident for the future. The team have the right motivation and this will be needed when we are fighting for the championship."

Although Ferrari's last win dates back to the 2019 Singapore GP, that hasn't diminished the Tifosi's love for the team.

"When I left the hotel there were hundreds of people waiting outside, [so] it's great to be here," Leclerc added. "We get a lot of support around the world, but the reception here at Monza is one of a kind.

"Seeing all these people energises me when I take to the track. I can't wait."