Leclerc to start Russian GP at the back of the grid

The Ferrari driver will take on a fourth power unit at this weekend's Russian Grand Prix, meaning he will start from the back of the grid. 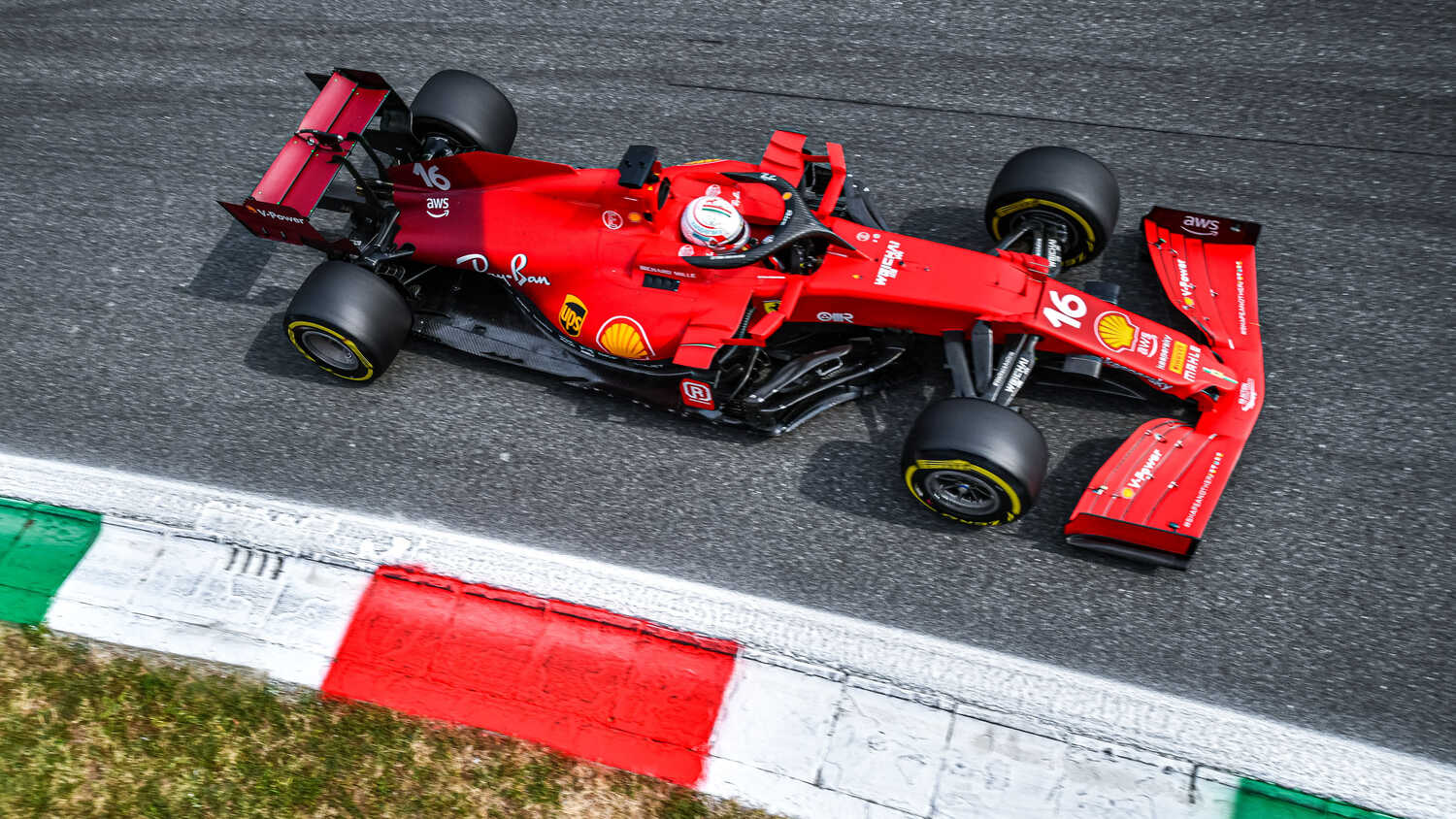 Charles Leclerc will start the Russian Grand Prix from the back of the grid after Ferrari confirmed he will use a brand-new power unit at this weekend's race.

It will be Leclerc's fourth engine of the season, triggering a grid penalty, meaning he will start at the back along with any other drivers who take engine penalties in Sochi.

"The Russian Grand Prix sees the introduction of a new technical component for Scuderia Ferrari Mission Winnow: a power unit fitted with an updated hybrid system, the introduction of which was mentioned a few weeks back," read a statement from Ferrari.

"Its main purpose is to gain experience for the 2022 car project. A great deal of effort has gone into this, both technically and logistically, and so as to be able to use it as soon as possible, its introduction will be staggered between the drivers.

"Charles will be the first to have the new hybrid system. This decision is a precautionary measure relating to the potential risk of using the battery pack damaged in his Hungarian GP accident."

Ferrari confirmed during the summer break that they will introduce a new power unit before the end of the season to prepare for 2022.

Team Principal Mattia Binotto said the new engine will be a "significant step" to close the gap to Honda and Mercedes, which currently lead the way in the engine department.

It's not yet known whether Carlos Sainz will also use the new power unit in Sochi, or whether the team will wait until the Turkish GP which follows the Russian round.

"In Sochi, Leclerc will have a brand new power unit and will therefore start from the back of the grid," continued the Ferrari statement.

"As to when the updated hybrid system is fitted to Carlos' car, that will be decided following an evaluation of the right compromise between competitiveness and the impact of the penalty."