Leclerc opens up about Vettel: I saw him like an older brother

Charles Leclerc has explained how much his relationship with former teammate Sebastian Vettel differed from that with current Ferrari driver Carlos Sainz. 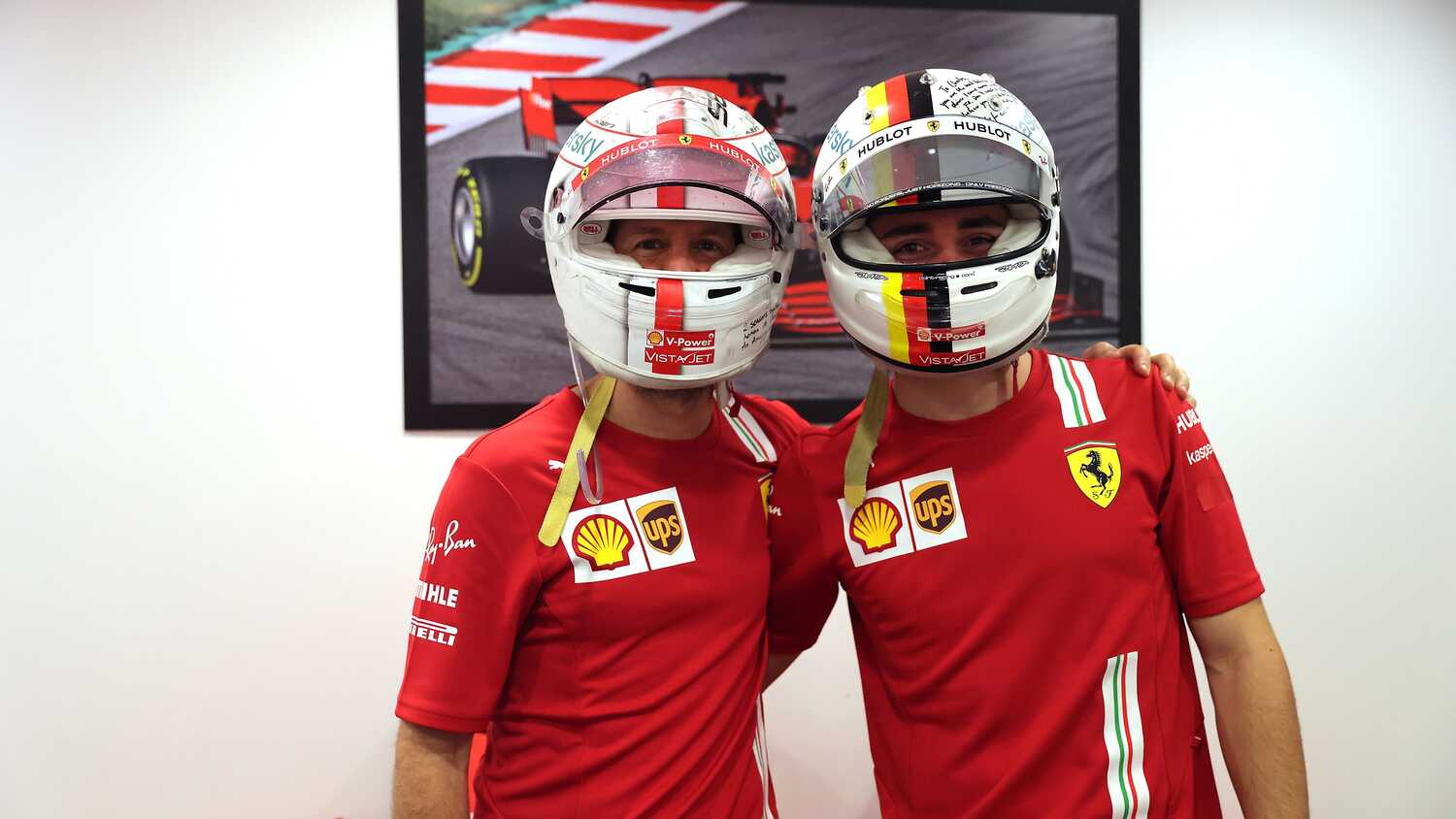 Charles Leclerc has revealed that he saw his former Ferrari teammate Sebastian Vettel as an older brother figure, in contrast to his very different relationship with new teammate Carlos Sainz.

The Monegasque drove alongside Vettel during the 2019 and 2020 seasons before the four-times World Champion was replaced by Sainz in 2021. Leclerc admits he shares a lot of off-track interests with Sainz, whilst his connection to Vettel took on another dynamic.

"With Seb it was a little bit of a different relationship," Leclerc told the Beyond The Grid podcast. "I saw him a little bit more like an older brother.

"He had so much experience that it was different. It was not the same type of [off-track] competition that I had with Seb than what I've had with Carlos.

"If I wanted to win something, he will basically let me win this thing and I will be happy, and he wouldn't care. With Carlos it's a little bit different. I can see he's so, so p*ssed off if I'm beating him at anything. It can be the most stupidest thing and he will be so angry, and same for me."

Whilst there was not a great deal of off-track competition with Vettel, Leclerc admits that would change when they were back on the circuit.

"Once you put the helmet [on], this whole relationship, it stops," the 23-year-old said. "You just think about the performance, you just think about trying to extract the maximum out of the car, and especially beat the guy that has the same car as yours."

Vettel's final year at Ferrari in 2020 was a difficult one for the German, and he was outperformed by Leclerc. However, Leclerc admits it was challenging to beat Vettel during his better days.