Leclerc thought he could stay ahead of Bottas in Bahrain

The Ferrari driver was hopeful of keeping Valtteri Bottas at bay during Sunday's Bahrain Grand Prix. He explains why he thought a place on the podium was a possibility at F1's season-opening event. 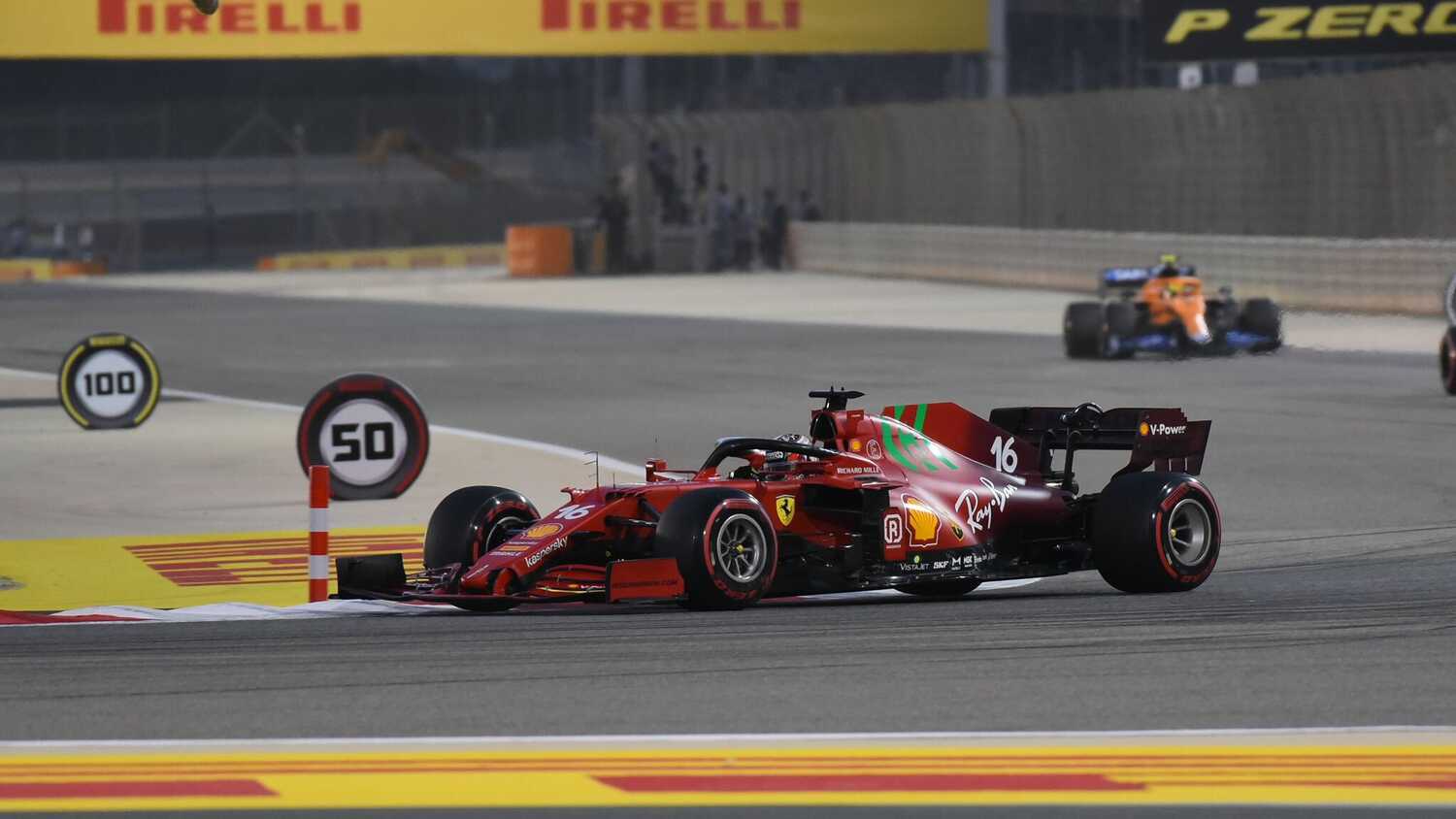 Charles Leclerc revealed he thought he had a chance to keep Valtteri Bottas behind after overtaking the Mercedes driver on the first lap of the Bahrain Grand Prix.

Leclerc and Bottas started together on the second row of the grid and the Ferrari driver managed to find his way past Bottas before the safety car was called for Nikita Mazepin's stricken Haas.

“I managed to get past him but without taking stupid risks,” Leclerc told RacingNews365.com and other select members of the press.

Leclerc admitted he believed Bottas might not be quick enough to pass him based on the pace he had shown earlier in the weekend.

“Before the race, you always try to imagine yourself and what were the fights that I would pick and the others that I wouldn’t,” added Leclerc.

“Bottas was a bit of a question mark because I think in second practice he was not as competitive as we would have expected him to be. So we had a hope of maybe keeping him behind, which was not the case in the race.”

Norris battled his way past Leclerc and remained ahead for the remainder of the Grand Prix. Despite finishing two places lower than where he started, Leclerc was happy with Ferrari's progress over the winter.

"If I look at where we were last year, at the exact same place, there’s been a good progress,” said Leclerc. "We're definitely not fighting for the same positions as we have been today so there's still a lot more work to convert.

"We also have to acknowledge anytime we do, a big step forward and this year is the case. So it's, it's a great job from from the team.

“Sure, we want to be fighting for the win very soon but realistically and honestly, we’ve done a great job to catch that and to be now closer to McLaren at least, and fighting with them in the race. So let’s see in Imola.