Young British driver Lando Norris has gained a reputation for creating some of the slickest and most eye-catching helmet designs of any driver on the F1 grid. Here's are the origins of some of his best, including the story behind his original blue and yellow lid. 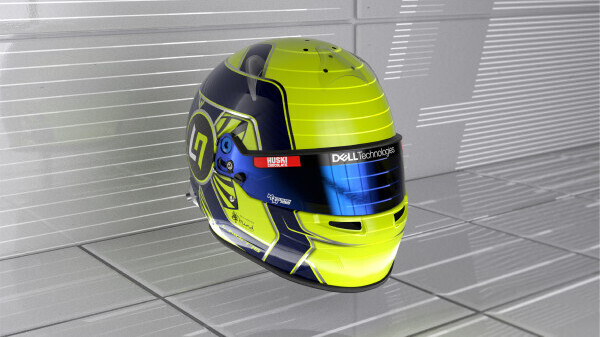 If you're a regular viewer of Formula 1, it surely won't have escaped your attention that Lando Norris has a tendency to express himself through helmet design. The 21-year-old has had numerous different lids during his time driving for McLaren, with each of them representing aspects of his personality.

Norris is, without question, a very creative individual, with helmet design being his primary outlet in which he can express himself. Here then are just some of his very best or most striking helmets designs from down the years.

Most of Norris' helmets are themed around his original conception, which itself takes inspiration from the lid of a motor racing legend. Growing up, the Brit was a bigger fan of bikes than cars, and henceforth gravitated towards MotoGP. His hero was seven-time series champion Valentino Rossi, who famously had a yellow and blue helmet for many years.

Much like Lewis Hamilton's early tribute to Ayrton Senna's iconic design, Norris decided to incorporate aspects of the Italian rider's lid to that of his own. The theme of which is still visible on his helmet in 2021. 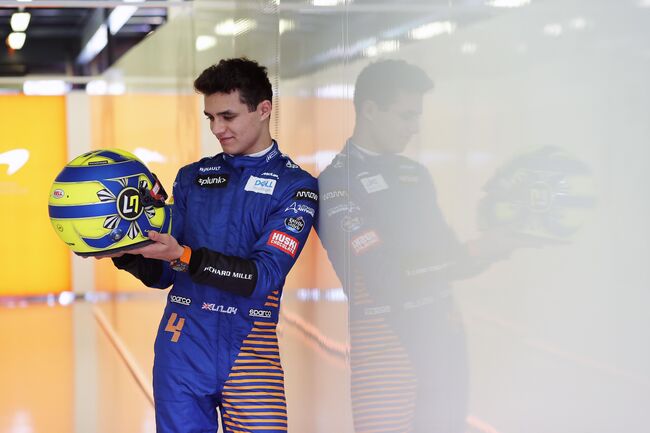 Sticking with the yellow and blue theme, Norris added a few extra elements to help him create a new edition for the Mexican Grand Prix in 2019. Its effervescent with a slight psychedelic feel, while the back features a colourful skull in a nod to the Mexican 'Day of the Dead'.

It was only used once, but we would most certainly love to see something similar again in a future Mexican Grand Prix. 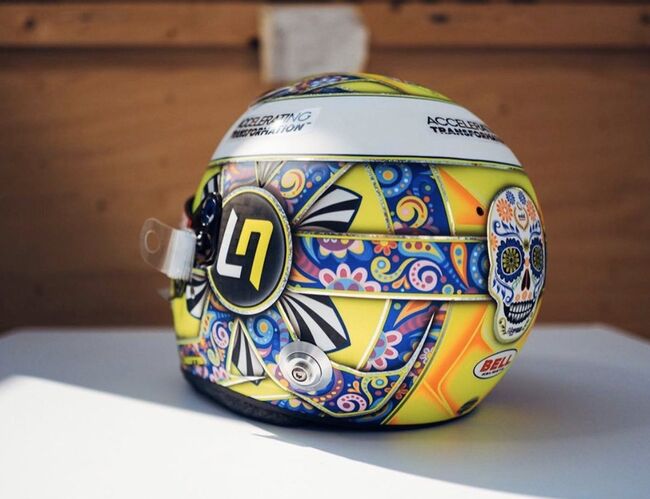 His 2021 edition is very much a throwback to his helmet of old, as it sticks to his Rossi-inspired design. Nevertheless, it's worth noting that he will almost certainly bring out a few special editions throughout the season - depending upon which race he is competing at.

It's a classic look, one that may become synonymous with Norris one day, should he go on to fulfill his immense potential as a driver. 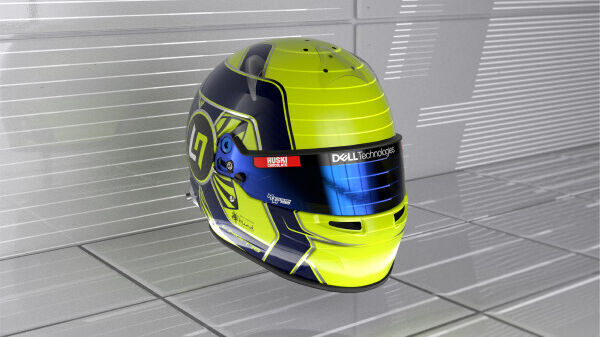 For the 2020 Turkish Grand Prix, Norris opted to wear a helmet with a completely new colour scheme. The pattern remains broadly similar, but the red is a lovely addition for a truly one-off race. The lid proved to be something of a good omen, as Lando got the fastest lap of an eventful Grand Prix weekend. 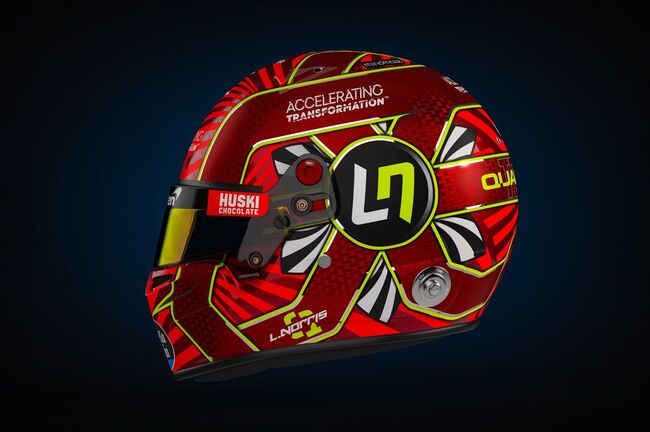 Sure to make you peckish if you gaze at it for too long, this particular lid was the 21-year-old's tribute to Italian cuisine at the 2020 Italian Grand Prix at Monza. As a self-proclaimed lover of pizza, it's a very solid design choice, and once again shows the driver not taking himself too seriously.

Norris drove well wearing this particular lid, coming home in sixth on a day where his teammate, Carlos Sainz, was less than a second away from winning the race. 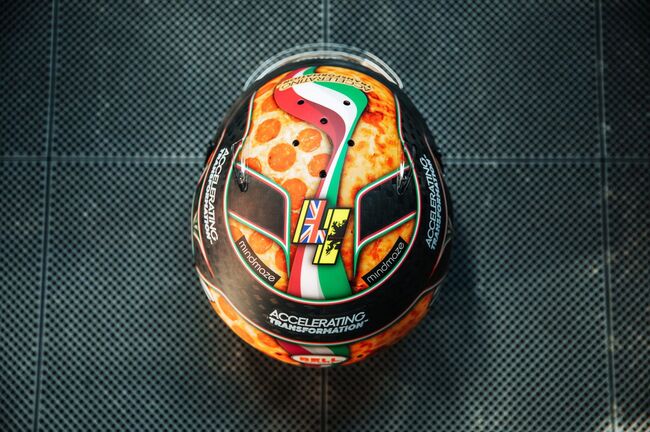 Lando has done a tremendous amount during his short time in F1 to raise money for various charitable causes. Last summer, for instance, he shaved his hair off live on stream, which can be read about here.

However, he has additionally dedicated entire helmet designs to raise awareness for charities, which was the case at the 2020 British Grand Prix. In what was Norris' home race, he donned a lid that was designed by a very young fan, with all proceeds raised in its subsequent auction going to the charity Mind.

It's yet another example of Lando's impact extended well beyond the world of F1. 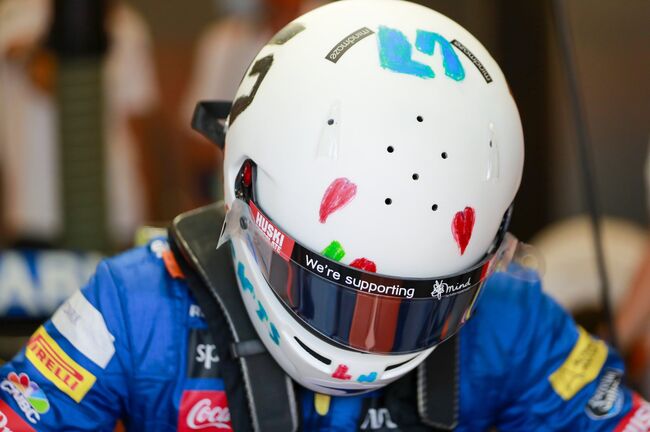