Having raced in Formula 1 and IndyCar, along with several other categories, Stefan Johansson is no stranger to the world of motorsport. The Swede recently sat down with RacingNews365.com and discussed, amongst other things, why he thinks Scott Dixon would have been a huge success in Formula 1, along with the financial differences between the two series. 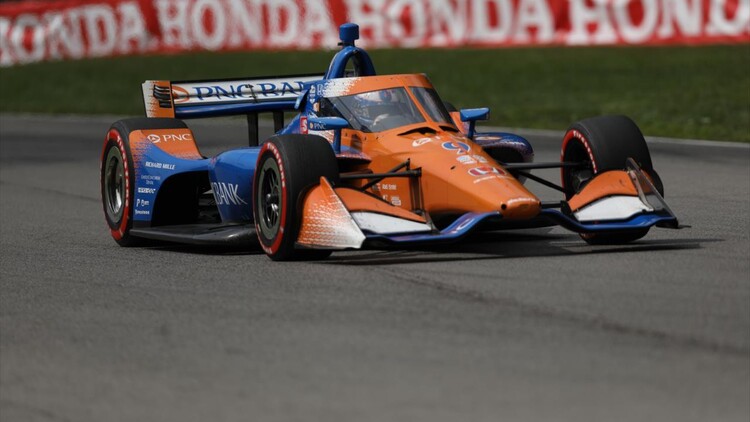 Scott Dixon became IndyCar champion no less than six times while also taking home the prestigious Indy500 in 2008, and according to former Formula 1 driver Stefan Johansson, Dixon's manager, the New Zealander had all the qualities needed to be a huge success in Formula 1 as well.

In an interview with RacingNews365.com, Johansson let it be known that his confidence in Dixon is very high. The former Ferrari and McLaren driver has no doubts when it comes to the 40-year-old's ability, stating he surely could have won a title in Formula 1.

"In 2004 Dixon tested for the first time in a Williams F1 car and at that time we were also in talks with Ferrari to have a test with the Scuderia," said Johansson. "However, that test with Ferrari didn't happen because Dixon received an excellent new offer from Chip Ganassi Racing in IndyCar."

"That's why we chose to stay in IndyCar, although there was still the interest from Williams who wanted Dixon in their car. I am still convinced that Scott could have done well in Formula 1. A European stepping stone program would have helped him do that. If he had done that, then I am convinced that he could have become world champion in Formula 1. He has a lot of racing talent. There are many talented drivers in the world, I realize that, but there are only a few who can actually win races.

"Scott is one of the drivers in the world who knows how to win races. In fact, he has often won races that he really couldn't have won because he wasn't the fastest driver on those days. Yet he won those races because he always keeps going for it, he has the necessary winner's mentality."

In addition to working with Dixon, Johansson also manages Felix Rosenqvist. It's a role Johansson knows is of great importance to the drivers, as it allows them to keep their focus on the track.

"I have been working together with Scott since the beginning of his career, which amounts to about 25 years," Johansson continued. "For him, as for a number of other drivers, I mainly take care of the business side of things. Because of my years in motorsports I know what's going on and I know what has to be arranged for the drivers, things you'd rather not have to deal with when you're in your racing career."

"Of course it is also nice for the drivers that they can always talk to me about race situations. Logically, I have experienced the same situations as them during my racing career. There are sometimes problems within a team, because sometimes people are difficult. Those are the kinds of things I help the drivers with. In addition, I've also owned my own team in the IndyCar, so I've gained experience on both sides of a team."

Because Johansson was active in both Formula 1 and IndyCar, the Swede has some ideas about what F1 should do differently with an eye on the future of the sport.

"In IndyCar every race is a spectacle, you really have no idea who is going to win," Johansson added. "That's something I miss in Formula 1. It has always been the case that only a few drivers can compete for the title in Formula 1 and that is fine. At the moment, however, there is almost no fight and that is not good for the sport.

"This is partly because the costs in Formula 1 have become far too high and the freedom of design is quite limited. Just look at what today's F1 cars look like, they are pretty much all identical. That wasn't the case in the past and that allowed the engineers to be much more innovative. Now the rules are too restrictive in my opinion, and combined with the gigantic budgets, it makes the sport a lot more predictable."

Money remains a huge talking point when it comes to Formula 1, and Johansson believes the lower costs associated with IndyCar make it the more interesting sport.

"In Formula 1 you don't get there without hundreds of millions, whereas in IndyCar you have an excellent team with a budget of around €10 million a year," Johansson continued. "That's an extremely big difference and in my opinion that makes IndyCar a lot more interesting. After all, the sport is still affordable and that's how it should be."

In IndyCar Johansson regularly meets with Rinus van Kalmthout, and the young Dutchman left a strong impression on Johansson in 2020.

"Veekay performed excellently in his debut year in the IndyCar and besides that I think he is a good guest," Johansson concluded. "I spoke to him several times during the season in the paddock and in those conversations I noticed that he knows very well what he wants."

The last IndyCar champion to also take home a Formula 1 world title was Jacques Villeneuve. The Canadian became IndyCar champion back in 1995, and then went on to take the F1 title in 1997.