How Honda went from 'rock bottom' to the F1 world title

Honda F1's Managing Director Masashi Yamamoto has reflected on the Japanese manufacturer's rise from the back of the grid to winning the 2021 Drivers' Championship. 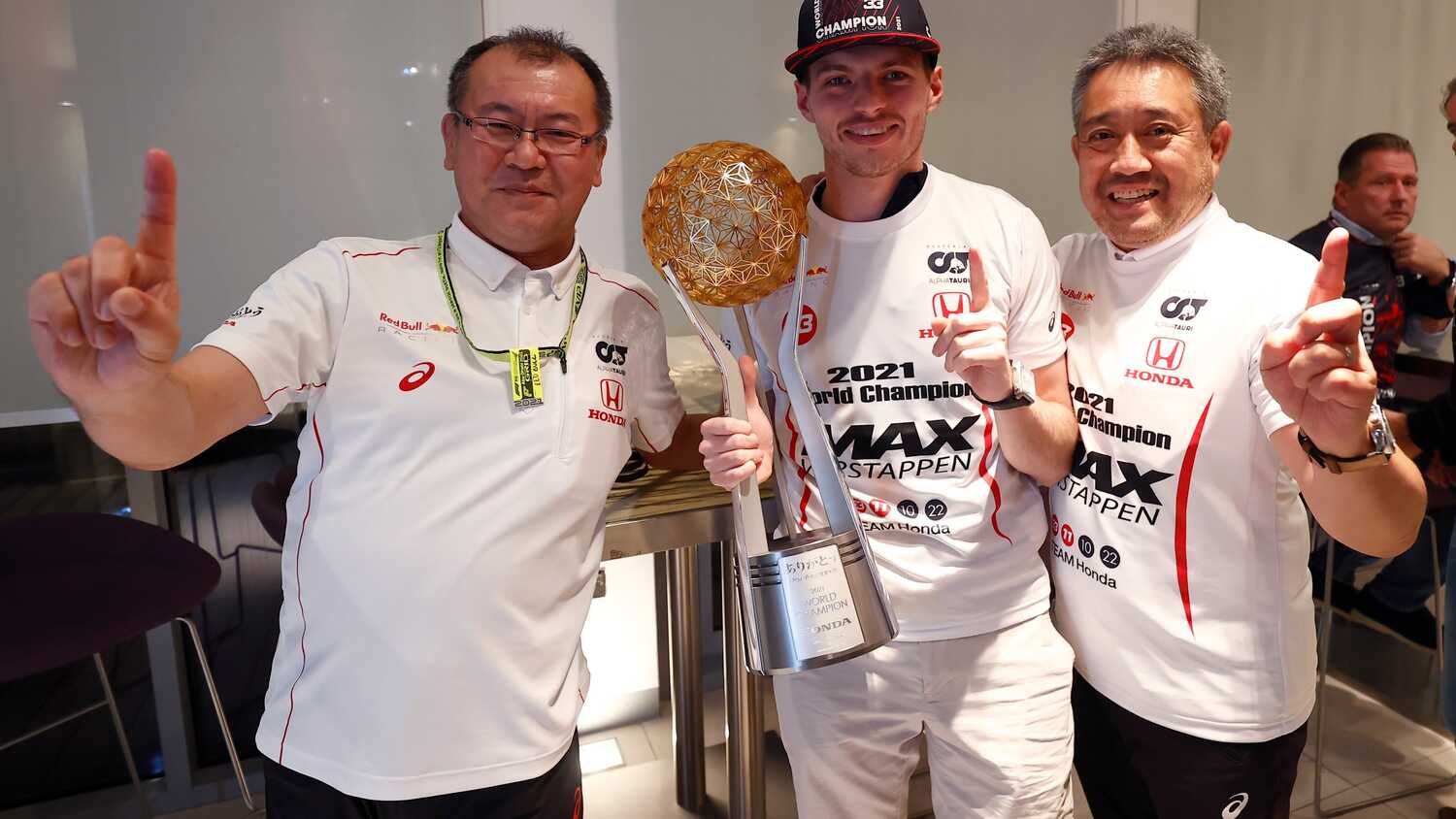 With Max Verstappen wrapping up the 2021 Driver's Championship, Honda have won their first title since Ayrton Senna's 1991 championship triumph.

It marks the culmination of seven years of work from Honda, which returned to F1 as an engine manufacturer with McLaren at the end of the 2014 season.

Having risen from the very back of the grid to leave the sport as the engine that powered the champion, Honda F1's Managing Director, Masashi Yamamoto, was thrilled with the outcome.

"We made it, we won the Drivers' championship, we did it together with everyone involved in our project and our teams, and also with the support of the fans," he told media in the aftermath of the title win.

"The race itself was really dramatic. The close battle over those final kilometres perfectly sums up how the whole season went. If you set the bar very high, you can still reach it if you keep challenging."

"We were at rock bottom"

Formally returning to the grid in 2015, Honda's initial efforts fell way short of the mark as they proved underpowered and extremely unreliable.

Yamamoto acknowledged that Honda's return initially wasn't an easy one, saying: "We came back into the sport in 2015 as a PU supplier, attracted by this very sophisticated hybrid PU technology.

"Compared to our rivals, our development time was relatively short, and partly because of that we struggled a lot in the beginning, and we hit rock bottom in the early days.

"However, even while having to deal with logistical difficulties partly down to the COVID-19 pandemic, in this our last season, we have been fighting with very strong rivals and we came out on top of the Formula 1 world."

Reflecting on the tough years when they powered the McLaren team, Yamamoto said that the learning from those seasons laid the foundations for what was to follow with the Red Bull teams.

"All the fundamental basis we have now that allows us to fight for the championship was built up in the McLaren days, so we achieved a lot of things there," Yamamoto told the official Formula 1 website.

"It was just a shame that we respected each other too much and it meant it didn't really work well, because we respected them and they respected us, but it didn't quite click. But we learned many things and that learning has accelerated our development in this Red Bull era.

"2017 in Bahrain was the toughest moment for us as Honda. Many MGU-H failures made it tough. We learned that the MGU-H technology is really hard and difficult.

"We learned a lot about it during the McLaren days, which can be seen as a positive as we got something out of it. It was tough, but we learned many things.

"My best memory was 2017 and the Spanish Grand Prix qualifying. I got goosebumps. It was when [we] got our first Q3 result that year, seventh place, it was a great performance from Fernando [Alonso]."

Rewarded right at the end

With Red Bull signing Honda to power their Toro Rosso team in 2018, they were convinced enough by what they saw to bring Honda to the main team in 2019.

Red Bull scored a podium at the first time of asking, and Verstappen would give Honda their first victory since 2006 as he won in Austria that summer.

The strength of the Honda and Red Bull partnership continued to grow over the next two seasons, before 2021 marked the peak of their powers.

"This is due to all the hard work from all our engineers and mechanics, not just those at the race track," said Yamamoto.

"They never gave up even in the most difficult times and made numerous technological breakthroughs along the way. We were able to prove the validity and effectiveness of our technology and the abilities of our workforce.

"Of course, we could not have achieved these results without the major role played by our great partners, Red Bull Racing with whom we won the title and also Scuderia AlphaTauri, who welcomed us with an open mind, allowing us to move forward together after a difficult three years."

With Honda now formally leaving the sport, and their intellectual property going to the new Red Bull Powertrains operation to help Red Bull continue Honda's legacy, Yamamoto said that the manufacturer can look back with pride at what they've achieved.

"We can say this project has been a success as we leave the sport having helped Max Verstappen win the Drivers’ World Championship," he commented.

"However, it might be considered an even greater success if it stays in the hearts and minds of our fans and serves as an example to them when they too have to face a great challenge.

"Our journey unfortunately ends with this Abu Dhabi Grand Prix. Honda now moves on to another challenge, aiming to be carbon neutral, making the best use of technologies and human resources developed in Formula 1.

"Red Bull Racing and Scuderia AlphaTauri will continue to use a PU developed by Honda, while our company starts a new chapter, and I hope the fans continue to support us.

"Once again, I'd like to thank everyone involved in this F1 project and the fans."