Horner reveals how "ballsy" call could have been easier to make

Red Bull's Christian Horner has explained that the decision to two stop Max Verstappen would have been easier to make if Mercedes had still been in the lead. 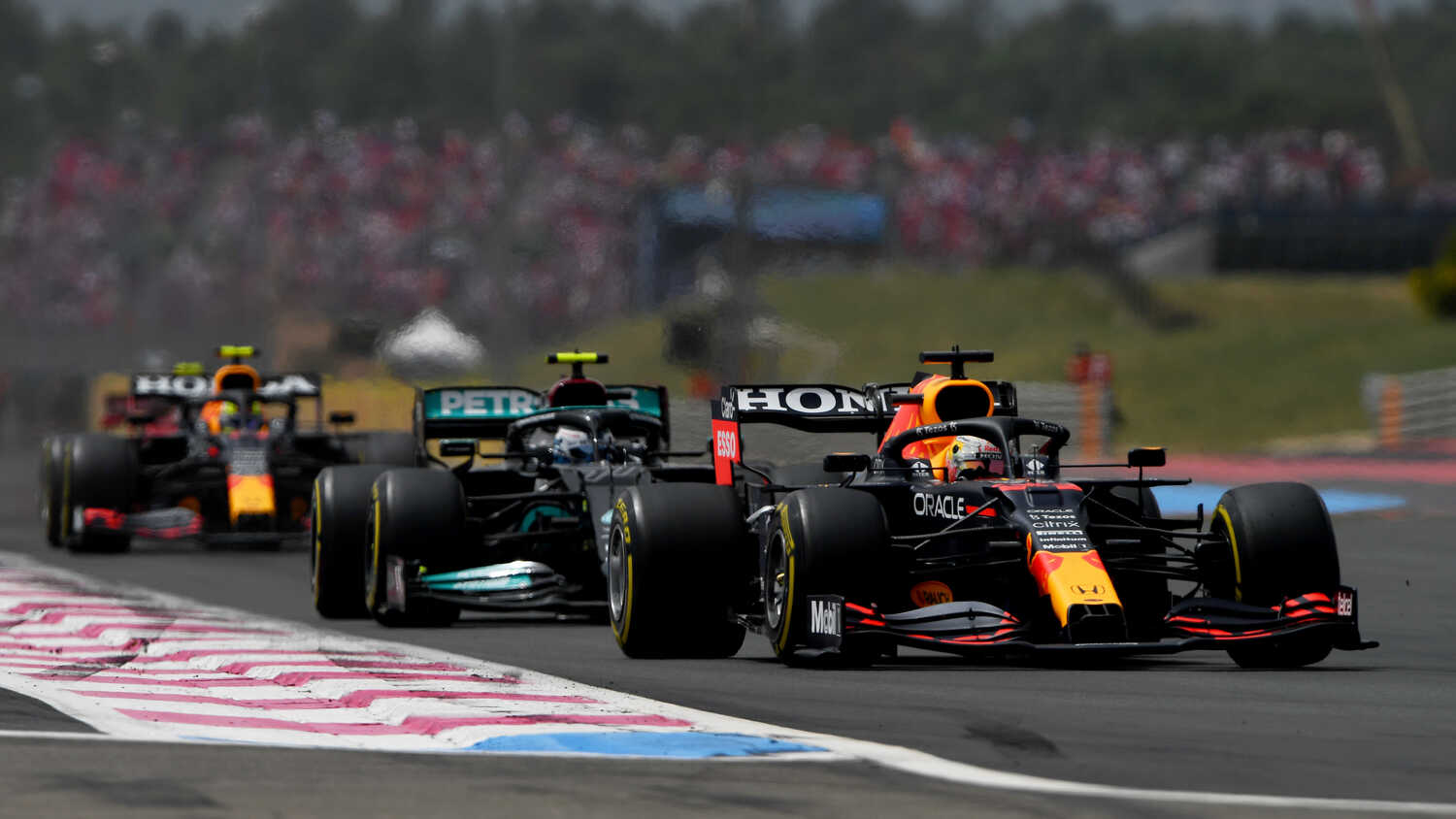 Christian Horner believes the decision to pit Max Verstappen for a second time would have been far easier to make had the Dutch driver not been leading at the time.

With Red Bull successfully using the undercut to get Verstappen ahead of Lewis Hamilton at the pit stops, the Dutch driver was just starting to ease away at the front of the field when the team pulled him in to relinquish track position and commit to the two stop strategy.

"It would have almost been easier if they'd have maintained track position!" said Horner to media, including RacingNews365.

"Because then we would have pulled the trigger anyway, it would have made our decision easier.

"But to make that call when you're in the lead, and all the tyres are looking okay and so on, it was quite a ballsy, ballsy call, but it was the fastest way we felt to the end of the race."

Having won a race that was expected to be a particularly strong venue for Mercedes, Horner was reluctant to say that he felt the team are now capable of beating Mercedes at any track on the calendar.

"I think that we came here knowing that this would be one of Mercedes' strong circuits," he explained.

"I mean, they've led every lap here prior to this race bar one, that's with Lewis, so it's fantastic that we've had a big score here this weekend.

"It's the win that Max should have had two weeks ago. But you can see how close it is, there's nothing between the two cars, so we've just got to keep pushing, keep looking for performance, and pushing all the way through.

"There's such a long way to go in this championship. You can't take anything for granted."