Christian Horner has given his take on Max Verstappen's parc ferme incident in Brazil and what he expects from the stewards' hearing. 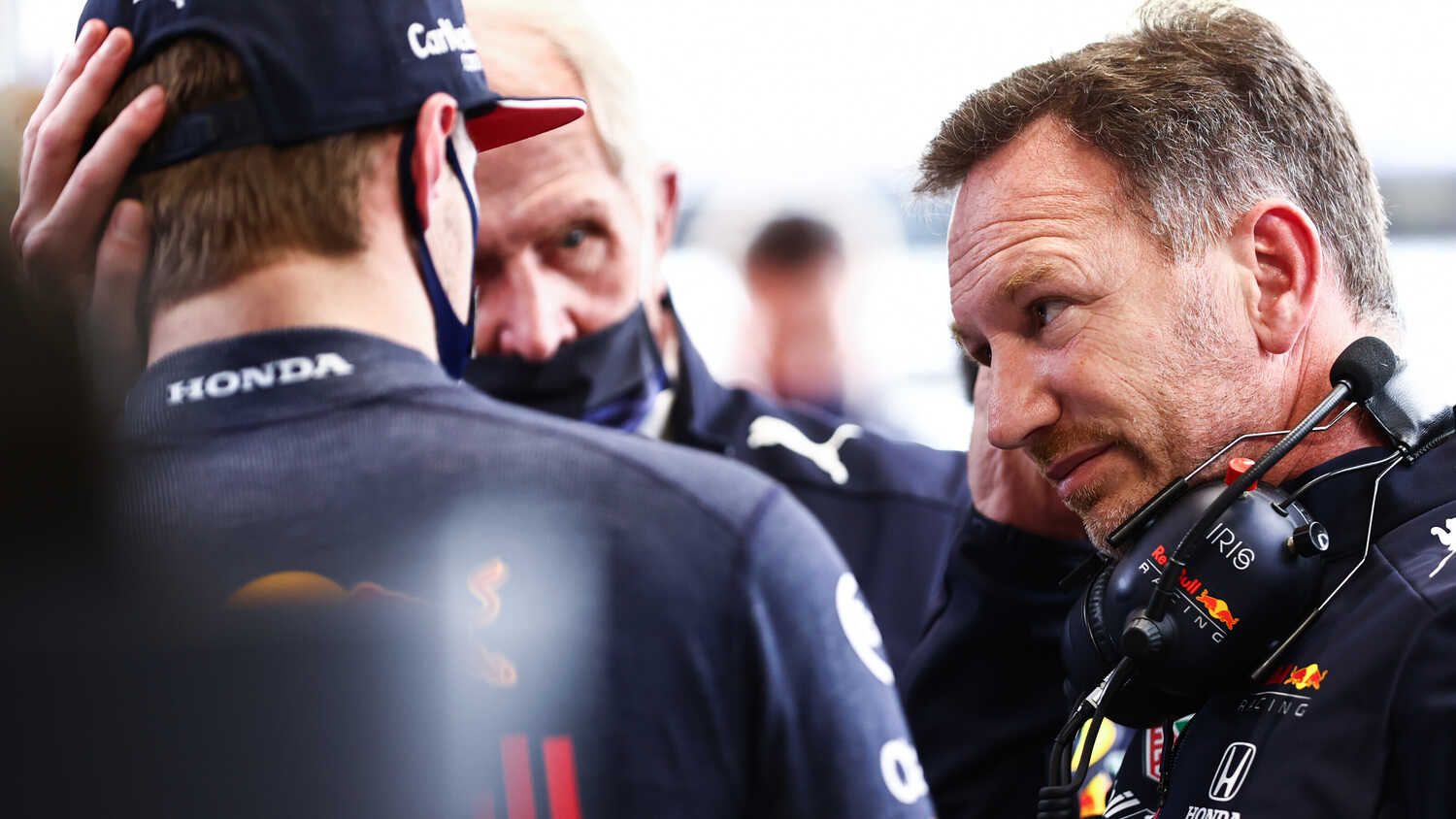 Verstappen was summoned to the stewards over an alleged breach of the FIA International Sporting Code relating to parc ferme conditions, with fan footage appearing to show him touch the rear wing on title rival Lewis Hamilton's car.

Article 2.5.1 of the Sporting Code states: "Inside the parc ferme, only the officials assigned may enter. No operation, checking, tuning or repair is allowed unless authorised by the same officials or by the applicable regulations."

After the hearing at 09:30 local time (12:30 in the UK) on Saturday, Verstappen and Red Bull are now waiting to hear if they will be penalised.

"We're awaiting, I think as everybody is, to see what the outcome is," Horner told Sky Sports, when asked for an update.

Horner argued that plenty of drivers have acted in a similar way to Verstappen in previous years, with no action being taken.

"As we see with many, many drivers, they sometimes have a look around at what's going on with the other cars, so that's all it was, a bit of inquisitiveness, but nothing more," he went on to comment.

"We've had drivers pull our clutch paddles, we've had heads in cockpits, we've had front wings tested, tyres pushed, so it's not something that's unusual. It's never been brought up or discussed previously."

Horner added: "Mercedes' straight-line speed is very impressive, so I think he's maybe just having a look at that.

"Drivers are very inquisitive animals sometimes, aren't they? As I say, we've seen that many, many times."

Verstappen's call up from the stewards came after Hamilton and Mercedes had been summoned for an alleged Drag Reduction System (DRS) breach, with the outcome of that hearing also yet to be communicated.

"The car has been reported to the stewards because it failed the test, and the test is quite clear," Horner said of the Mercedes.

"We all saw the video footage of the car failing test, so I can't see how it did could then be deemed to comply with the [regulations], so it's fairly binary.

"I remember back to 2012, we had an issue with the front wing, it failed the test, then we were kicked out and had to start from the back of the grid. You have the right to appeal it as a team, [and] we chose not to on that day, but were still able to come through to P3."