Horner praises Perez: He raced Hamilton as hard as Verstappen does!

Christian Horner was impressed by the performance of Sergio Perez at the Turkish Grand Prix, where the Mexican spent several laps going head-to-head with Lewis Hamilton. 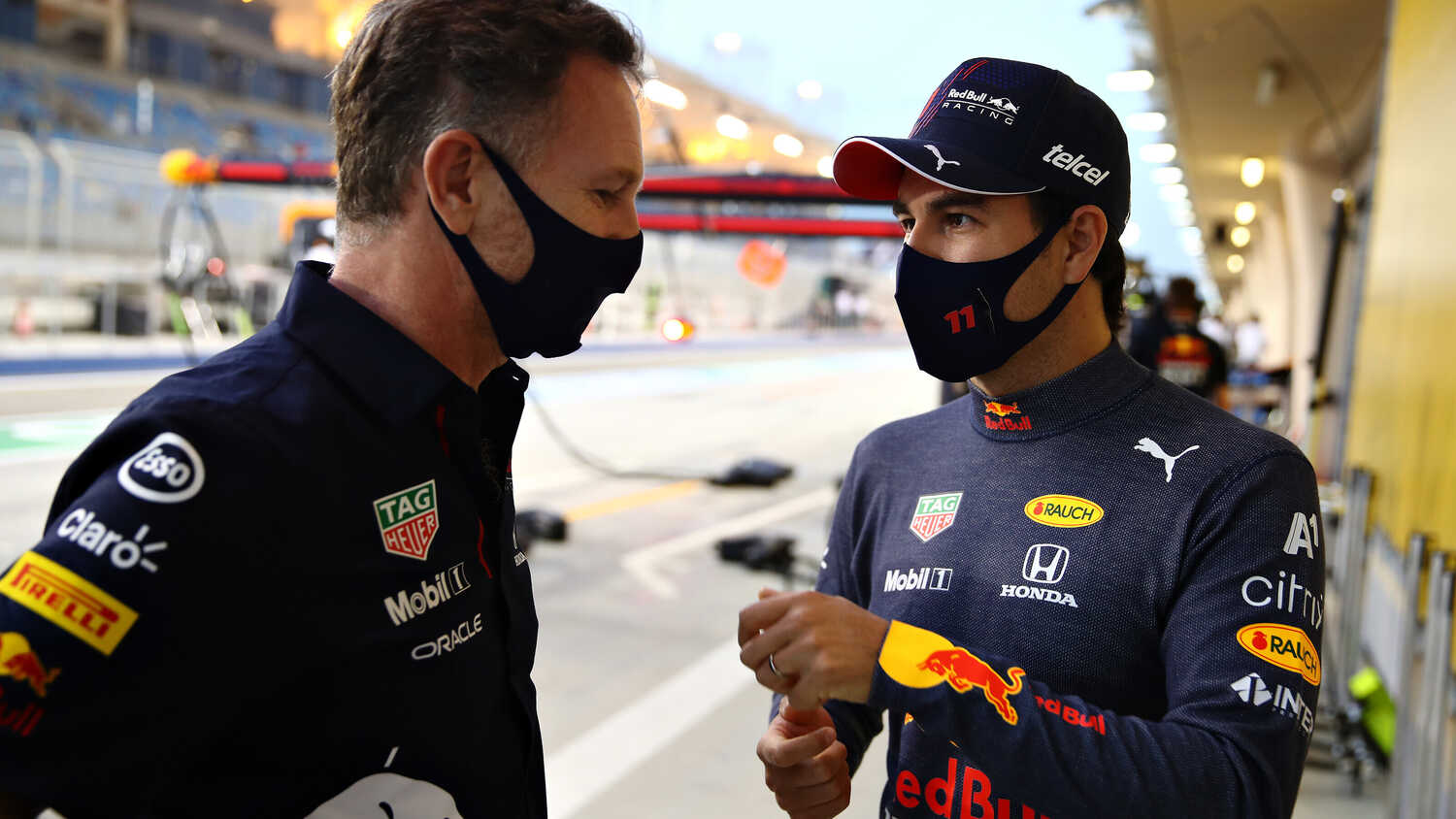 Christian Horner has praised Sergio Perez for doing an "amazing job" in the Turkish Grand Prix, particularly when it came to battling with Lewis Hamilton.

The Mexican was tasked with holding off Max Verstappen's title rival for as long as possible when the Mercedes attempted to overtake on Lap 35. This resulted in some tough defending from Perez, who at one point was pushed slightly wide by Hamilton and had to avoid a bollard at the pit lane entry in the process.

Horner enjoyed Perez's performance and compared his tussle with Hamilton to those seen between the seven-time World Champion and Verstappen.

"He raced Lewis just as hard as Max does!" Horner told Sky Sports. "You can see them going wheel-to-wheel [in Turn 14], and he actually ended up in the pit lane!

"He was [on] the other side of the bollard, Lewis had run him out there."

After this moment, Perez showed no signs of backing down and continued to hold position.

"Then it's a drag race down the start-finish straight," Horner said. "And he just stuck with it and made it stick, so a great move by him."

Perez made a pit-stop for a new set of Intermediate tyres following this battle.

The dilemma over when to pit became one of the big talking points from the race, given the situation with Hamilton making a stop eight laps from the end of the Grand Prix, but Horner thinks Red Bull made the right call for when to bring Perez in.

"For us, the crucial moment was when to pit Checo," Horner explained. "We could have left him out to keep holding Lewis.

"We decided to pit him to make sure we had that track position, because we didn't believe those tyres would make it to the end of the race."

Perez finished the race in third, marking his first podium since the French Grand Prix in June.