Horner: Mercedes engine going well in the back of that McLaren!

McLaren will start on the front row for the first time since the 2012 Brazilian Grand Prix thanks to Lando Norris' second fastest time in qualifying. Christian Horner believes the Woking outfit showed the Mercedes engine is as competitive as they come. 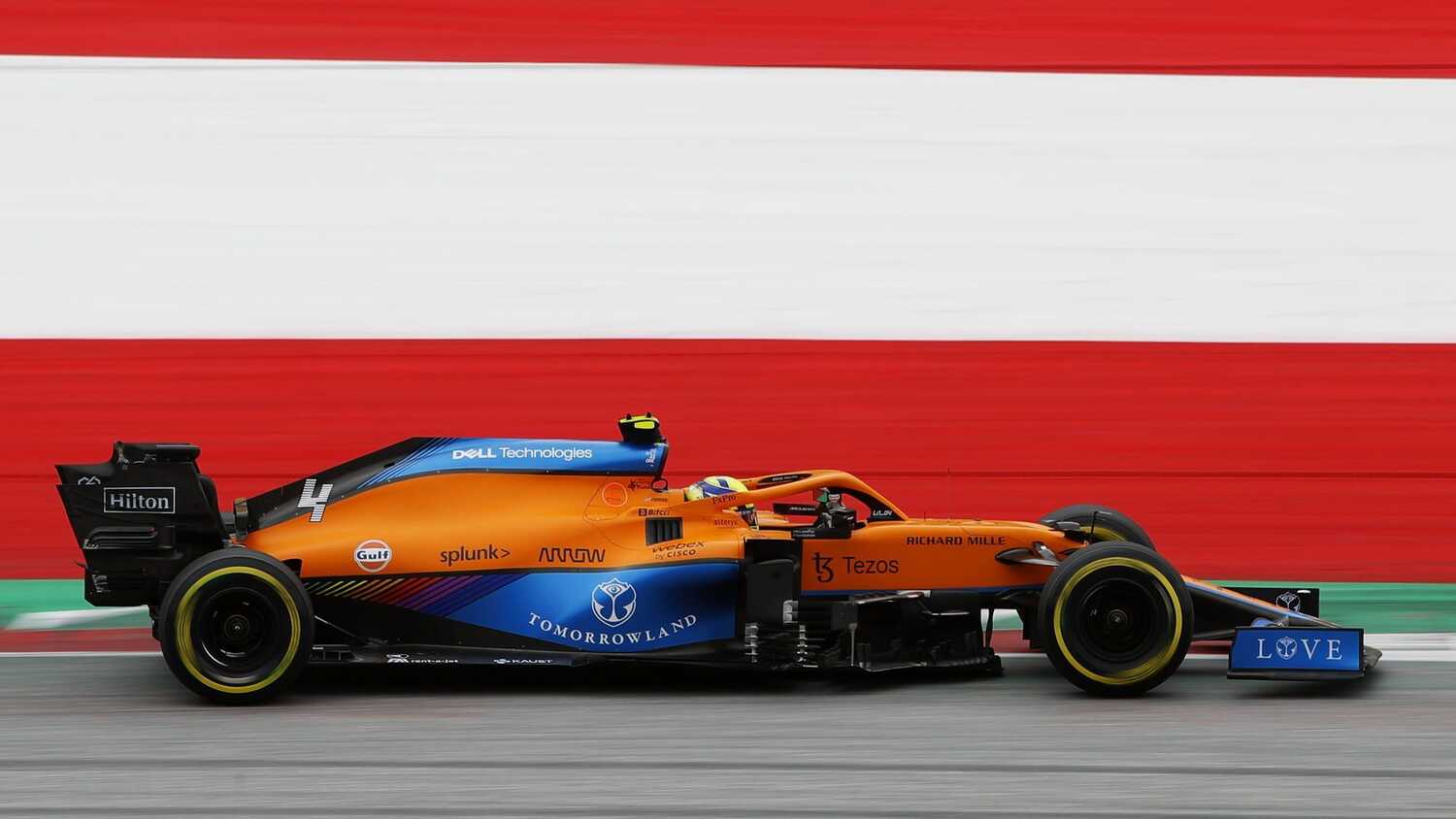 Max Verstappen managed to fend off Lando Norris' push for pole position, but the pace of the McLaren certainly caught the attention of Red Bull team principal Christian Horner.

The Briton finished just 0.048s back of the Dutchman during Saturday's qualifying, giving him his first ever start on the front row and McLaren's first since the 2012 Brazilian Grand Prix. Horner couldn't help but point out the Woking outfit have are powered by a Mercedes engine, no doubt taking a dig at their rivals given their comments about the performance of the Honda power unit in recent weeks.

"It was mighty close with the McLaren," Horner told Sky Sports. "I mean that McLaren, any comments about the Mercedes engine... it's certainly going well in the back of the McLaren because they are ballistic [in terms of] straight line speed.

"I'm sure they're going to be a factor tomorrow, but to have both cars ahead of the Mercedes here... We don't know what the weather is going to do tomorrow, so we got to react to that but it's a phenomenal starting position."

Verstappen will start on pole, but he was entirely pleased with how his session went. Horner believes the frustration stemmed from helping Norris find some speed on track.

"With Max, he's always looking for that that little bit more and I think he felt there was more in the car today," Horner added. "He had a slight lock up on the first run so we wanted to give him clean air for the last run, and that meant he ended up at the front of the queue.

"When you're at the front of the queue you're creating the hole in the air and that gave Lando just behind him a slight tow. That's what he was a little frustrated about at the end there, but nonetheless a phenomenal performance and to have Checo up there as well ahead of the Mercedes is a great team result."