Damon Hill has lavished praise on Lewis Hamilton for how he claimed victory in Brazil. 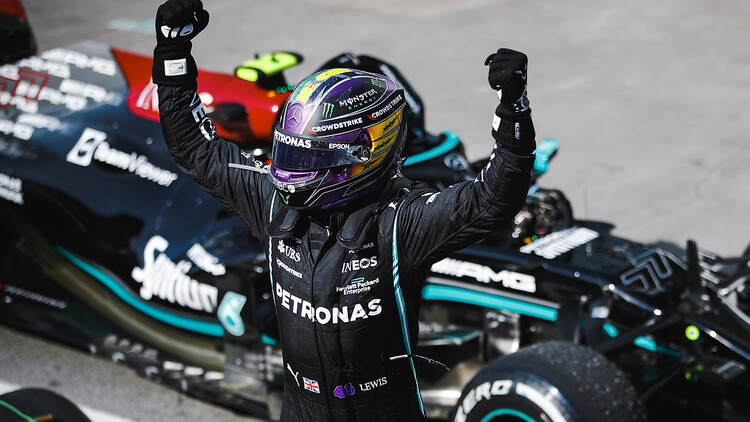 Damon Hill has praised Lewis Hamilton for the nature of his win at Interlagos on Sunday after he came from 10th place on the starting grid to overtake Max Verstappen and clinch his 101st career victory.

With Hamilton overcoming a five-place grid penalty for an engine engine ahead of the Grand Prix, his drive impressed the 1996 World Champion as Hill tweeted his admiration afterward.

"That was one of the best drives I've ever seen in F1. By anyone. Utterly awesome," Hill wrote.

"I'm going to send F1 my dry cleaning bill. Bit sweaty after that!"

Hamilton was told about Hill's comments during the post-race press conference and beamed when asked to respond.

"Well, it never gets old hearing positive comments from such a great driver in Damon," Hamilton told accredited media, including RacingNews365.com.

"I remember being such a big fan of his when I was younger, when he was racing. I've always admired Damon and I think he's always been super supportive, so I really do appreciate that.

"It's difficult to say because I've had so many races but I'm getting on now, catching Damon up. But I'm grateful for that, [so] thank you, Damon."

Only 14 points between Verstappen and Hamilton

With just 14 points separating Verstappen and Hamilton in the Drivers' Championship, Hamilton said that he and Mercedes needed a "solid result" in Brazil to keep up the pressure entering the final races.

"Going into this weekend, since this year has been so difficult for all of us, we came in after the August break hoping we would be in a better position, and we weren't," he said.

"We've not really had a spectacular showing, so I would say we've had two races that we've been ahead but, the others, we've really struggled.

"I think coming here 19 points behind, obviously only one point ahead in the team championship, we really needed a solid result - but then obviously we had all these penalties.

"Mentally you could just think it's over, it's impossible, but then nothing is impossible if you put your mind to it.

"So that's really just why we cultivated a positive mental attitude and went in fighting, guns blazing."