Hamilton's best Formula 1 performances in the rain with Mercedes

Formula 1 fans have seen Lewis Hamilton dominate the hybrid era, with the Brit coming out on top of his rivals more often than not. However one of his less heralded skills is his ability to navigate wet conditions, which requires skills that few have. Here's a look at the Brit's best performances in the rain for Mercedes. 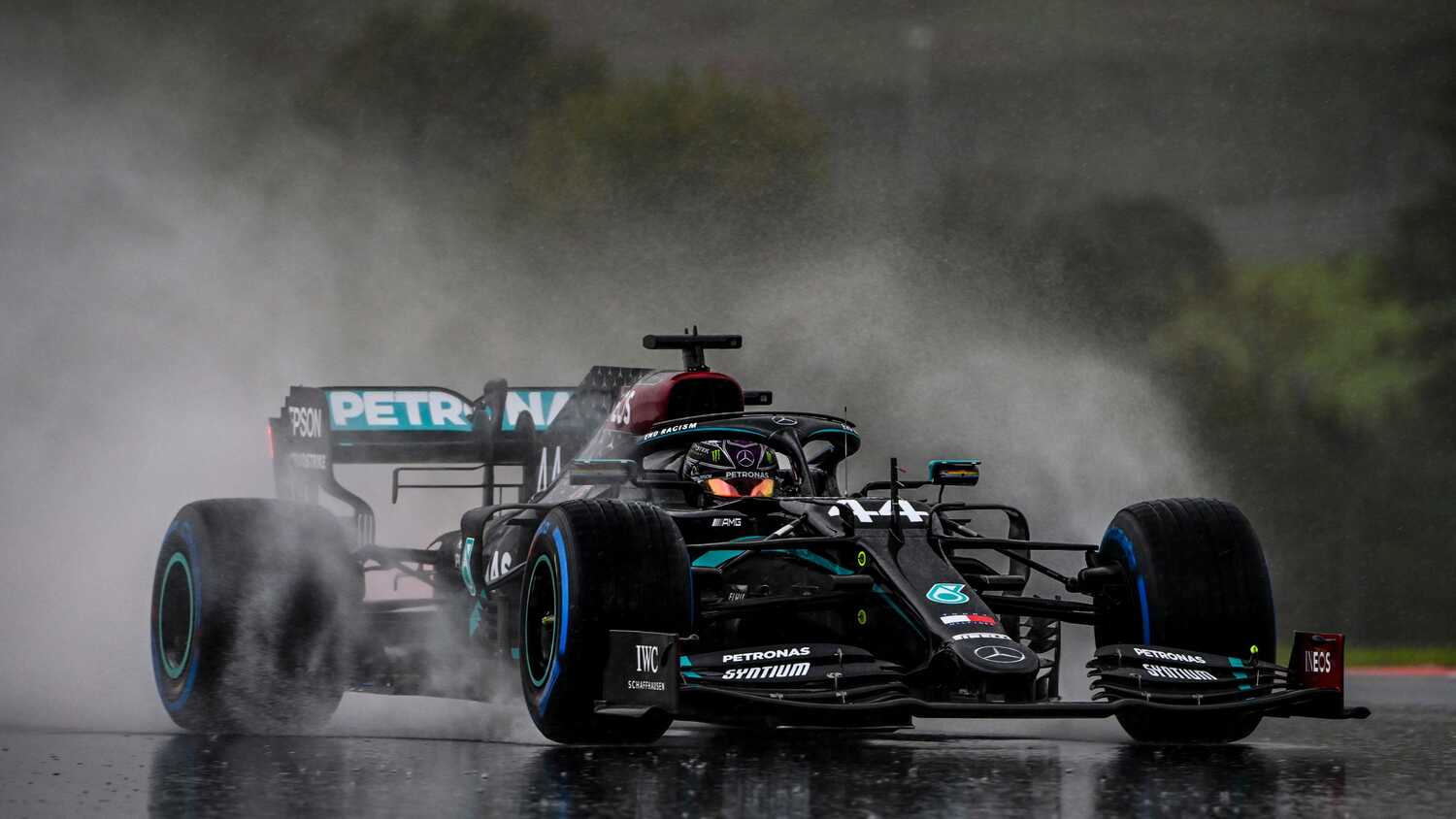 Although it doesn't happen often, wet weather tends to make for some spectacular Formula 1 races.

Names like Ayrton Senna and Michael Schumacher come to mind when rain enters the mix, and Lewis Hamilton has joined them with some standout performances during his career. Time and time again the Brit has come out on top, getting the best of his rivals when it comes to finding the perfect balance between speed and grip.

Here's a look at Hamilton's best performances in the wet since joining Mercedes.

Starting on pole behind the safety car, Hamilton proved himself to be too fast for teammate Nico Rosberg in the rain at Silverstone. The German had a hard time keeping Max Verstappen behind him as well, finishing third behind his teammate and the Red Bull man.

Out front, Hamilton cruised to an eight second victory over the Dutchman, though he did have a short venture off the track on his slicks with the track drying up.

A hydraulic problem in qualifying forced Hamilton to start from 14th spot, with rival and championship leader Sebastian Vettel starting from pole at his home race.

However all that went out the window when the race got underway. Rain began to fell in the latter part of the race, and it proved to be too much for the Ferrari man. Vettel crashed while leading the race, forcing a safety car out on the track. That opened the door for Hamilton to take top spot and the lead in the championship, dealing a double blow to Vettel.

What may be Hamilton's masterpiece in the rain. The Brit started the race in sixth while Bottas could only qualify ninth, marking the first time that Mercedes failed to take pole in 2020. In fact, Hamilton even had a tough time getting out of the first subsession as the car struggled to get its tyres up to temperature.

However Hamilton avoided trouble on Sunday, which can't be said for the likes of Max Verstappen, Bottas and pole-sitter Lance Stroll. The Brit made the best of the low-grip conditions and charged his way to the front of the pack, winning the race by an incredible 31.6 seconds ahead of Racing Points's Sergio Perez in what was a performance for the ages.